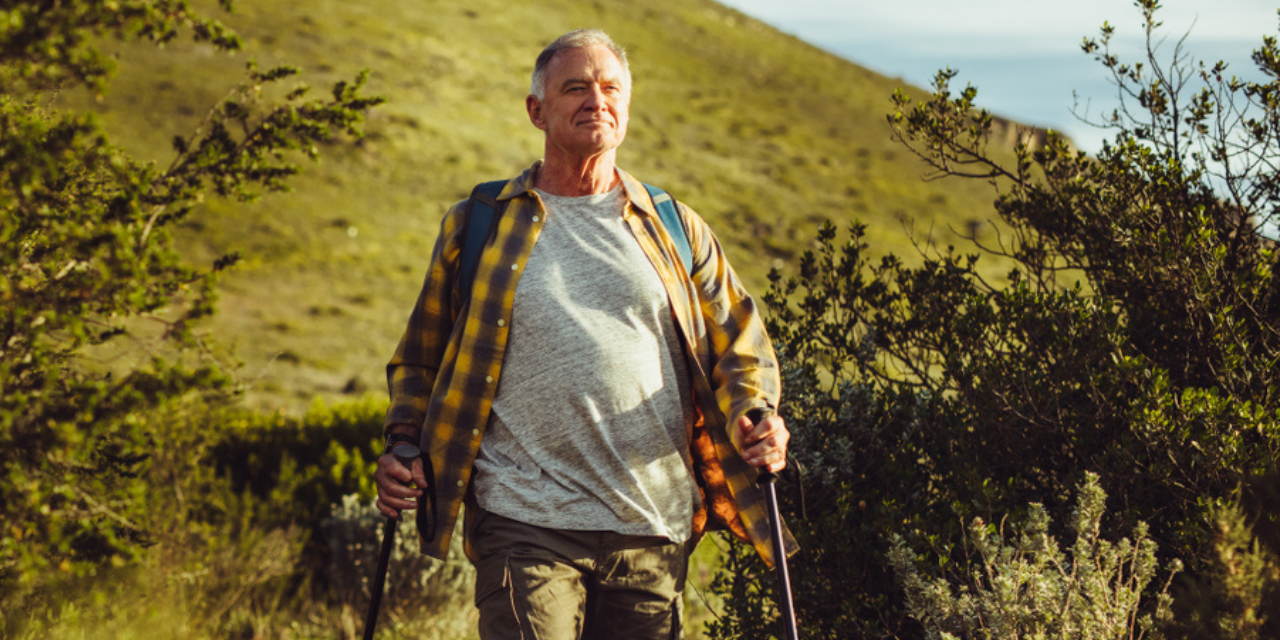 As a young child I remember thinking, “I am going to live forever.” I matured. During the 1960s I was in my twenties and a casual believer in the phrase, “do not trust anyone over thirty.” On my fortieth birthday I had my first exposure to “Over the Hill” birthday merchandise. There was a black cake, black balloons, and a black tombstone, all provided by friends who gathered together to help me celebrate. As I now look back, I realize I could have been having “over the hill” birthday parties for half my life. Shesh! I turned 80 last month.

Been having some lower back trouble lately. I asked a doctor what my problem was. He said, “Old age.” Could be, but not necessarily so. Maybe something else is causing the problem. By failing to investigate the source of the problem and just assuming I was declining because I am old isn’t fair. Granted, I am declining, but that may not be the whole problem. Possibly it is nothing but a pulled muscle.

The medical opinion I received reminded me of an 85-year-old man who went to the doctor because his right knee hurt. The doctor said, “that is because you are old.” The patient responded, “My left knee feels fine and it is 85 years old too.”

When my mother was the age I am now she was prescribed anti-depression pills. They made her sick. She asked if I thought she was depressed and we both started laughing. Depression was not a viable diagnosis for my mother. She threw away the pills and got a new doctor.

Many of us are blaming all sorts of things on age alone. In fact, society is helping me do it. Everywhere I look, from TV to movies to social media, from aging jokes to fairy tales, and discussions with friends, old age is treated as a time of forgetfulness, weakness, and decline. In one way or another we are told declining health in old age is determined by biology regardless of what we try to do about it.  I have been convinced my memory is worse than ever, dementia is a probability, and I may already be in its early stage. There are times I believe I have little to give and should just watch society go by while I quietly eat up more than my share of Medicare dollars and watch re-runs of “Columbo” on TV. I think I am an old dog who has already had his day, and as we all know “you can’t teach an old dog new tricks.” I am starting to feel fragile so it is wise to avoid doing any exercise. Finally, I am continually reminded that I am a bad driver. Maybe I should start buying some of this anti-aging stuff I see advertised daily. I most definitely need something, I say to myself, so I can be accepted in society, retain a semblance of personal worth, and not look my age.

The above paragraph lists a few of the assumptions about old age that we often take for granted when we become part of the “over the hill gang.” These assumptions are not only wrong, they are harmful. Study after study exposes the myths that abound in the last paragraph.

A 2004 study published in the Journal of Health and Social Behavior concluded that older people’s beliefs and attitudes about aging are directly related to positive outcomes, as are perceptions about the mental and physical controllability of life. Our deepest beliefs guide how we function, even when facing mental and physical instability. The study showed that older people’s perceptions of their health status predicted mortality better than the predictions of their physicians.

Becca Levy’s book, Breaking the Age Code, presents Yale University and other studies that expose the true experience of elderly people. Becca Levy is a leading researcher in the fields of social gerontology and psychology of aging. Documentation of the points made in this article can be found in her book. Following are Levy’s researched responses to the aging issues presented earlier:

Beliefs about aging have a strong influence on our health. Positive beliefs about our health can reduce heart stress and improve memory. Thinking positive can amplify a gene (APOE e2) that benefits cognition as we age. The opposite is also true, in that, negative age beliefs about health can have detrimental effects.

Memory loss and even dementia are not a normal part of aging. Only 3.6% of people 65-75 years old have dementia. There is evidence that the rate of dementia has been declining over the past several years.

Older workers take fewer days off, have strong work ethics, and bring experience to the work place. Older people volunteer, making valuable contributions to society. We are the age group that makes the most philanthropic gifts.

Older brains experience new growth of neurons in response to challenges just as younger brains do.

Most older persons can exercise without injury. Exercise can benefit our hearts, mental health, and lead to stronger bones and muscles. As mentioned earlier, I have had some back trouble recently. After receiving a steroid shot for my back, I asked if I should begin to exercise again. The response was a definite “yes” with the additional comment that “so many older people stop exercising and physical deterioration quickly follows.”

My wife thinks I need to take this off the list. She thinks it is to my advantage to say old age is the reason I am a lousy driver. Excluding myself, statistics show that the number of crashes involving old people is low, we follow the speed limit, and are less likely to text while driving or drive intoxicated.

Becca Levy: “In study after study I conducted, I found that older people with more positive perceptions of aging performed better physically and cognitively than those with more-negative perceptions; they were more likely to recover from severe disability, they remembered better, they walked faster, and the even lived longer.”

Of course, we find ourselves declining in a variety of ways as we enter and reside in old age. Quality living remains directly related to how we think about ourselves and our attitude towards what ails us. While old age “is not for sissies,” it can still qualify as the “golden years.”