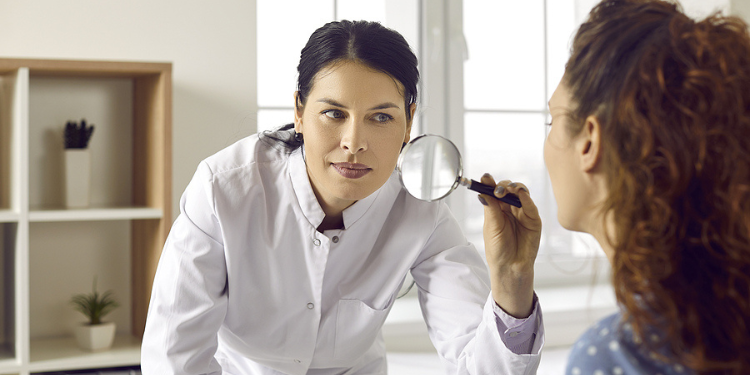 Several facts about skin cancer are probably familiar: it’s very common, it’s often linked with sun exposure, the most common types are basal cell carcinoma and squamous cell carcinoma, and the most deadly type is melanoma. Other facts are less well known, however, and may even seem counter intuitive. Prepare your skin for summer by learning the truth about several common skin cancer myths.

Having light skin increases the risk of skin cancer, and skin cancer rates tend to be much higher among Whites than among non-Whites in the United States. Darker-skinned people are not immune to skin cancer, however, and may be at higher risk of death when skin cancer develops. A large US study found that although melanoma was relatively uncommon in non-Whites, non-Whites tended to have a more advanced stage of melanoma at the time of diagnosis. Compared with Whites, the probability of being diagnosed with Stage IV melanoma was more than twofold higher among Asians, more than threefold higher among Hispanics and American Indians, and more than fourfold higher among African Americans. The researchers concluded, “Melanoma is a public health concern for all ethnic populations.” To detect melanoma and other skin cancers at the earliest possible stage, it’s important for all of us to pay attention to changes in our skin and to discuss these changes with a doctor.

As with many types of cancer, our risk of skin cancer increases as we age. Children and young adults can also be affected, however, and rates in young people appear to be on the rise. According to a US study of 15-to-39-year-olds, the rate of melanoma in young women increased from 5.5 cases per 100,000 people in 1973 to 13.9 cases per 100,000 people in 2004. Young men experienced a smaller increase, from 4.7 per 100,000 in 1973 to 7.7 per 100,000 in 2004.  Melanoma is the second most common form of cancer among people between the ages of 15 and 29.  These results highlight the importance of both skin cancer prevention and early skin cancer detection among young people.

Myth 3: Skin cancer appears only on sun-exposed parts of the body.

Although cancers such as basal cell carcinoma most commonly appear on sun-exposed areas of the skin, skin cancer can appear anywhere on the body. This includes the soles of the feet, the palms of the hands, and beneath fingernails and toenails.

Myth 4: SPF tells me all I need to know about the sun protection of sunscreen.

It’s also important to keep in mind that sun block is only one part of a comprehensive sun protection program. Optimal sun protection also involves avoidance of the sun during peak hours and use of protective clothing such as hats.

Each year in the United States, an estimated 28 million people visit an indoor-tanning facility, with a majority of visits made by women and teenage girls. The bad news is that tanning beds—like the sun—expose the skin to ultraviolet radiation, and a growing body of research indicates that indoor tanners have an increased risk of skin cancer, including melanoma. Risk may be particularly high when indoor tanning begins at a young age.

The International Agency for Research on Cancer classifies tanning beds and other UV-emitting tanning devices as Group 1 carcinogens, meaning there is sufficient evidence to conclude that these devices cause cancer in humans. Avoidance of tanning beds is recommended by the American Academy of Dermatology, the World Health Organization,9 and the US Environmental Protection Agency.

Myth 6: The most common types of skin cancer aren’t dangerous.

The take-home message? Give your skin the protection it deserves.
Each year more than 2 million people in the United States are treated for skin cancer.  You can protect your skin by staying out of the sun during the middle of the day when the sun is most intense, wearing protective clothing such as broad-brimmed hats and long-sleeved shirts, and using a broad-spectrum sun block. If you notice a change to your skin, discuss it promptly with your physician. Skin cancer treatment is easiest and most effective when the cancer is caught early.

Vitamin D contributes to bone health and may also reduce the risk of common chronic diseases such as cancer and heart disease. Vitamin D is formed in the skin in response to UVB radiation from the sun and can also be obtained from food and dietary supplements.

Studies suggest that many of us have low levels of vitamin D.15 Factors linked with low vitamin D levels include dark skin, older age, being overweight, and very low levels of sun exposure.

Although sun exposure increases vitamin D levels, it also increases skin cancer risk and premature aging of the skin. Therefore, the American Academy of Dermatology recommends nutritional sources and vitamin D supplements—not sun exposure—to achieve or maintain a healthy level of vitamin D.17 Your doctor can help you identify the sources and the amounts of vitamin D that are best for you.

What Can I Do to Reduce My Risk of Skin Cancer?: CLICK HERE
Source:  Centers for Disease Control and Prevention (CDC)

6 Reasons Your Health Is The Most Important Investment
August 22, 2022