Standing In The Doorway 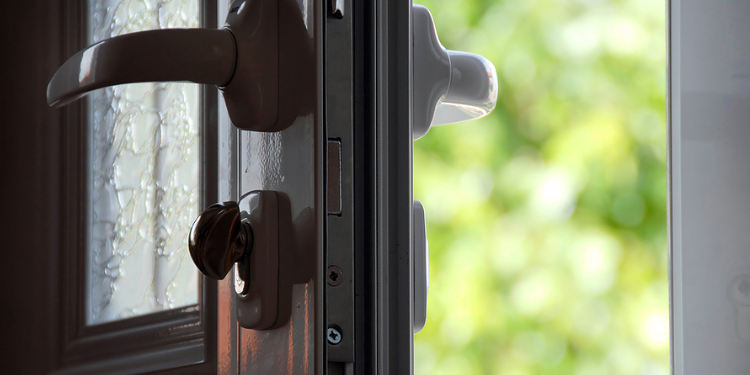 Jannus with an extra “n” added is named after Janus, the double-faced Roman god of doorways, transition, looking back and looking forward, knowing history and anticipating a new day.

In the original Roman Calendar, there were only ten months. January (Janus) and February were missing. The two empty slots were not waiting to be filled. They stood as “non-time,” a place to pause, reflect back and look ahead. For the retiring Jannus executives, the new executive, staff, and even me, there was an unspoken and perhaps unrecognized pause that afternoon as we, all in our own ways, reflected on our pasts and moved into futures that refused all attempts to be clearly focused.

The Swiss psychiatrist Carl Jung gave transitions three phases: 1) psychological death, 2) decision, and 3) rebirth. There is the remembrance and letting go of past achievements and frustrations, re-evaluation of goals and the beginning of new ones, and the release of a no-longer relevant self-image accompanied by the birth of a new one. Transitions are not positive by just wishing them to be. It takes work and struggle to work towards new hopes and goals.

As I drove away from the retirement reception, I wondered what I am willing to struggle for and what is worth transitioning to in old age. I thought of the two traditional values that come to the fore in life’s final stage: 1) withdrawal from external commitments, living more leisurely, reflecting on one’s life, and 2) caring about others and causes. Both take work if we are to do them well and find the value inherent in each.

As I turned the car onto State Street my thinking focused on how do we “care” as we age?

The word “care” is from the Gothic kara, which means “to lament, to grieve, to experience sorrow, to cry out with.”

Socially, we tend to use the word more loosely when referring to the powerful helping those unfortunate and powerless, or “haves” responding to “have-nots.” We often keep those we care about at arms’ length. It can be difficult to enter into another’s pain, and far easier to care from a distance. While supporting causes and caring for others at a distance is self-evidently important, the old Gothic definition “to feel oneself into,” remains central to the personal experience of caring.

I reflect on what caring relationships have meant most to me over the years. I have received care from those who have shared my pain and touched my wounds with a gentle hand. The friends who can be silent with me and I with them. Shared Caring. Silence. Support. No wonder Rolling Stone Magazine ranked “Stand by Me” number 122 on its list of “the greatest songs of all time.” It was the fifth most performed song in the 20th century.

A familiar story from Winnie the Pooh says it well:

“We just thought we’d check in on you,” said Piglet, “because we hadn’t heard from you, and wanted to know if you are okay.”

Eeyore was silent for a moment. “Am I okay?” he asked, eventually. “Well, I don’t know, to be honest. Are any of us really okay? That’s what I ask myself. All I can tell you is that right now I feel rather sad, and alone, and not much fun to be around.”

Pooh and Piglet looked at each other and they both sat down, one on each side of Eeyore.

Eeyore looked at them in surprise. “What are you doing?”

“We’re sitting here with you,” said Pooh, “because we are your friends. And true friends don’t care if someone is feeling sad, or alone, or not much fun to be around. True friends are there for you anyway. And so here we are.”

“Oh,” said Eeyore. “Oh.” And the three of them sat there in silence, and while Pooh and Piglet said nothing at all, somehow, almost imperceptibly, Eeyore started to feel a very tiny little bit better.

Caring in old age is a function of our spiritual life. As seniors, we do not strive to be successful young executives, promising politicians, or movie stars. It is a time to pause and then open ourselves to both giving and receiving care.

Morrie speaks to this truth in Mitch Albom’s book, Tuesdays with Morrie. Morrie stood in the doorway as Janus pointed him to his limited future. Morrie looked ahead and learned to receive care which in turn let those around him know he cared for them. Mitch Albom spent Tuesdays caring for Morrie, often in silence. And there was outside professional help as well.

Morrie did not run from pain or the seriousness of his situation. Rather he confessed:

“There are days when I am depressed. I see certain things going and I feel a sense of dread.”

Recognizing his limited future, he said to Mitch:

“I began to enjoy my dependency. Now I enjoy when they turn me over on my side and rub cream on my behind so I don’t get sores. Or when they wipe my brow, or they massage my legs. I revel in it. I close my eyes and soak it up, and it seems very familiar to me. It is like going back and being a child again.”

Janus reminds us from whence we came and points to a tomorrow filled with giving and receiving care. Recognizing there are some aches and joys a suave cannot touch, for those we need each other.

I pull into my driveway, open the car door, and think:

Life in old age can be a glorious thing, if in transition, we learn how to pause and see life anew.

Getting Past Ageism
May 10, 2022
Search
Recent Posts
Archives
Categories
Go to Top