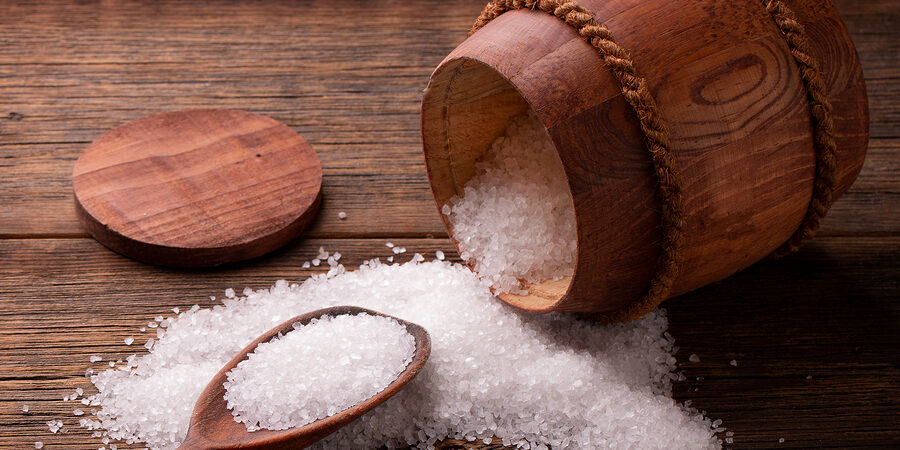 We have all heard that too much salt is a bad thing, but how, specifically, does too much sodium have a negative impact on health?

The biological requirement for sodium is less than 1 gram per day, and yet the average American consumes about 3,500 milligrams (mg) per day—far more than what is needed for health.

Research has documented that reduction of dietary sodium intake can help lower blood pressure, not only among people who have hypertension but even among people who are “pre”-hypertensive and normotensive. Because high blood pressure is a major risk factor of cardiovascular disease and stroke, reducing blood pressure levels to less than 120/80 millimeters of mercury (mm Hg) can have a tremendous impact on reducing the physical and economic costs associated with elevated blood pressure. Reducing sodium intake could greatly improve the public’s health and help meet the 2020 Impact Goal established by the American Heart Association

Question: If I am scanning labels in the grocery store, how much sodium is “healthy” and how much is too much?

Answer: Scanning labels is a great start! Anything that comes in a box, can, or package must have a standardized food label on it with the sodium content per serving provided. Because the recommended goal for the population at large is fewer than 2,300 mg per day—with a goal of fewer than 1,500 mg per day for those who are over age 51, African American, or already have elevated blood pressure—choosing foods that fit within that boundary is important. This will vary by food, of course, but sometimes a little comparison across brands can help. For example, we know that bread typically contributes a lot of sodium to the diet because it is eaten so frequently; by comparing several types of bread, a consumer can discover which brand has the lowest sodium level and can make an informed choice. Choosing a lower-sodium option can help reduce the total for the day. And because most people put something on their bread, the lower sodium level is barely noticed.

Question: Which common foods have the highest levels of sodium?

Answer: Processed foods contribute the most sodium to the diet. The American Heart Association has identified the “Salty Six,” which are especially high. These include breads and rolls, cold cuts and cured meats, pizza, poultry, soups, and sandwiches. Other foods, such as ready-to-eat cereals, snack foods, canned pasta, and dishes that include tomato sauce, can also be quite high, so checking and comparing labels is helpful in these choices as well.

Question: Are there any major sources of sodium in our diets that may surprise people?

Answer: Bread is often a surprising source of sodium, as are cheeses and condiments like ketchup, mustard, pickle relish, barbecue sauces, and salad dressings. These all add up over the course of the day and can be a major problem. Eating smaller amounts of these foods, or substituting other flavor enhancers such as garlic, onions, no-salt pepper blends, and other herbs and spices, can be helpful.

Question: It is more common now to see many varieties of salt in the grocery store and on menus—Kosher salt, fleur de sel, and Maldon Sea Salt, for example. Is all salt created equal from a nutritional standpoint, or are some varieties healthier than others?

Answer:  Nutritionally speaking, salt is salt. Because the flavors can vary by type of salt, a person may use less of a variety that is especially flavorful, but ultimately it is better to move toward replacing salt with herbs, spices, flavored vinegars, and olive oil.

Question: If you are trying to cut sodium in home cooking, are there tips to help increase flavor or ingredients that can be substituted for salt?

How To Improve Your Recovery From Injury, Illness or Surgery
August 10, 2022

How To Prevent Back Pain While Working From Home
July 23, 2022

12 Habits That Will Make Your Teeth Decay Before Their Time
July 17, 2022
Search
Recent Posts
Archives
Categories
Go to Top