The Proper Way To Brush Your Teeth 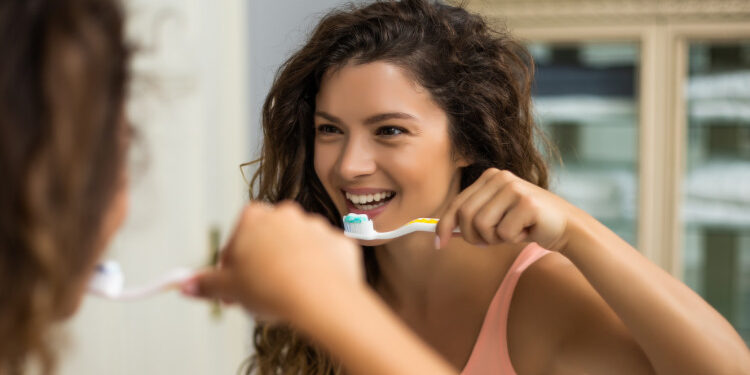 Ask your friends whether they know how to brush their teeth, and odds are they’ll say, “Of course.” It’s most likely something they’ve done twice a day since childhood, so they might even be offended that you questioned their ability. After all, how hard can using a toothbrush and toothpaste be?

Turns out it’s a bit more complicated than many people think.

Should you use a manual or electric toothbrush? How much time should you spend polishing those pearly whites? And is it better to brush first and then floss or floss and then brush? Getting the answers to these questions can put you on the path toward proper dental care.

Teeth Brushing Basics
Good oral hygiene is crucial to keeping a healthy mouth and smile. The secret is making sure you’re brushing correctly. Start by:

Putting in the time.  “Patients generally think they’re brushing longer than they actually are,” says Robert Roesch, DDS, a spokesman for the Academy of General Dentistry. “Most people spend less than a minute. Teeth should be brushed twice a day for at least two minutes.” Brushing fewer than two times daily significantly increases your chances of developing tooth decay, according to research published in the December 2016 issue of Evidence-Based Dentistry.

Choosing your toothbrush carefully.  Make sure your toothbrush isn’t too big, and that it can reach all parts of your mouth. Also check the type of bristles: a toothbrush with soft bristles is ideal.

Both manual and electric toothbrushes can work well, says Shehzad Sheikh, DMD, a dentist at Dominion Dental Care in Sterling, Virginia. However, electric toothbrushes may provide better plaque-busting power than standard manual toothbrushes, according to research published in the March 2016 issue of the Hungarian journal Fogorvosi Szemle.

Dr. Sheikh recommends electric toothbrushes for one simple reason — because they have timers. “The timer allows the user to brush without thinking about how long they are brushing,” he says. “At the end of two minutes, the toothbrush just stops vibrating or rotating.”

Strategies for Proper Brushing
Once you’ve picked the right toothbrush, there are other steps you can take to ensure you’re brushing your teeth properly, such as:

Picking a double-duty toothpaste.  Look for toothpaste with fluoride to help make teeth stronger and protect them from decay.

Perfecting your technique.  “Using a back-and-forth sawing motion causes the gums to recede and can expose the root of the tooth, making teeth extremely sensitive,” says Dr. Roesch. “Brush your teeth at a 45-degree angle in a circular motion.” All three sides of the teeth (outside, inside, and chewing surfaces) should be given careful attention. The insides of the front teeth can be brushed in an up-and-down motion.

Remembering your tongue.  Brushing your tongue can decrease odor-causing bacteria that build up, which in turn helps freshen your breath.

Flossing, too. This step often gets ignored, but it is essential. Food can get caught between teeth and become impossible for a toothbrush alone to remove. Once stuck, the food particles can lead to cavity-causing bacteria, so flossing at least once a day is necessary. The first time you floss may cause some bleeding and irritation, but it’s important not to give up. Your gums will toughen up over time, and flossing regularly can help improve your oral health overall. For best results, floss first, then brush — this helps control plaque more effectively than brushing first, according to research published in 2015 in Oral Health & Preventive Dentistry.

What Every Woman Should Know About Polycystic Ovarian Syndrome
December 30, 2022

How To Consult With Your Doctor If You Can’t Leave the House
December 22, 2022
Go to Top