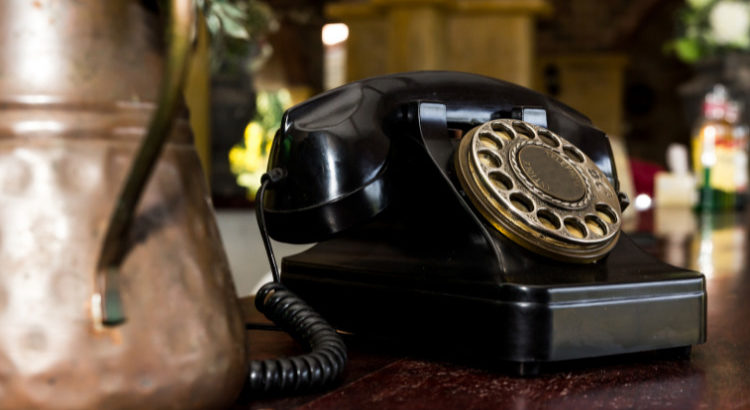 Voices In The Wind

A while back, I wrote about the power of imaginary friends. I have since discovered there is also power in imaginary conversations, particularly for those who are grieving.

Phones of the Wind
Recently, my husband, who has collected old telephones since he was a teenager, sent me an article from the Canadian Broadcasting Corporation about a rotary wall phone located in a wooded area of a park in British Columbia.  The unconnected phone, attached to a booth made from a recycled memorial bench, was installed by the Crossroads Hospice Society of Port Moody, BC.

Named “phone of the wind,” it provides an opportunity for people who are grieving to use their imaginations to connect with those who have passed on.

My husband was attracted to the story by the accompanying photograph. He recognized the phone and wondered if the hospice bereavement coordinator, who bought it from Amazon, knew exactly what it was:  an Automatic Electric Model AE50, nicknamed the “tombstone” by collectors because of its familiar arch shape – the most common style for traditional headstones.

Although this is not the only phone of the wind, also called a phone to nowhere, it is apparently the only tombstone version.

Crossroads Hospice got the idea from another phone attached to a cedar tree in Olympia, Washington. Corey Dembock of Olympia put up the rotary wall phone after the death of his mother, father, grandfather, and the 4-year-old friend of his daughter. He got the idea from the PBS radio show, This American Life, which featured a wind phone in Japan.

The Japanese version was erected in 2010 on a grassy hill outside a small coastal village.  Garden designer Itaru Sasaki put up the phone after the sudden death of his cousin.  In an interview with journalist Miki Meek for This American Life, Sasaki says, “because my thoughts couldn’t be relayed over a regular phone, I wanted them to be carried on the wind.”

Sasaki built a classic British phone booth with window panes to house his phone — a black desk model from the 1970s.  He says he chose a rotary phone because of the time it takes to dial.  The wait period required before you can dial the next number gives you time to think of what to say.

The most remarkable thing about the Japanese phone is that, since Sasaki opened his garden to the public in 2011, it has been used by over 10,000 people.  At first, visitors were mostly locals who had lost loved ones in 2011, when the worst tsunami in Japanese history destroyed ten percent of the Otsuchi population.

Over the past 10 years, however, travelers from other countries have come to Otsuchi, some just to use the phone.

What began as a means for one man to express his private grief has become an inspiration to countless others and a source of solace for people all over the world.

Making the Connection
What is so appealing about this phone?

As a physical object, it connects us to the past. Rotary phones, with their finger wheels and face plates, were invented in 1892 and were widely used through the 1980s, when they were replaced by push buttons.

These phones were designed strictly for talking and listening. You are not distracted by email and social media pings. You cannot talk to more than one person at a time. There is no speaker phone and therefore no opportunity for multitasking.

Schwedel believes that, rather than dividing the generations, this phone actually unites us.

“The impulse to talk about one’s personal experience or lack thereof with rotary phones is near universal. . . . This impulse gets at the sci-fi reality that in many people’s lifetimes, they have watched phones evolve from rotary-style to the tiny computers we now all carry around in our pockets. . . . This could be one of the last time periods there will be such a universal way to process these feelings.”

Journalist Alexis Madrigal seems to agree. He notes that technological eras are becoming shorter and shorter as technologies become obsolete and disappear faster. Most products are now designed for obsolescence in a very short time (unlike the rotary phone, which still works).

Madrigal says that obsolete technologies have widespread emotional appeal. “The slices of time that we invoke when we say, ‘Remember when you could record songs off the radio’? or ‘Remember the sound of a dialup modem?’. . . [have] become thinner and thinner.  A decade becomes a couple years becomes a few months.  The combination of your age and life station and technological possibilities fuse into a fixed moment that’s more meaningful than any generational label or simple number.  What gives these moments their power is that they mark our time as it is smashed to pieces by market forces and what is sometimes called progress” (“You Had to Be There,” 2017).

Grief Work
Besides its physical appeal, the Phone of the Wind can be psychologically healing.

Grief counselors tell us that, although death ends a life, it does not end a relationship.  One of the best ways to work through our grief is to keep alive the love we have for people who have passed on.

When we learn to move from “loving in presence” to “loving in separation,” it “can motivate us to grieve in ways that bring consolation and restore our wholeness,” says Thomas Attig, past president of the Association for Death Education and Counseling.

Speaking on a wind phone is a healthy way to express the feelings we still have for those who have died.

What might we say to them?  The answer is as unique as our relationship. We might chat as we once did about the everyday and the ordinary.  We might tell them what has happened since they left, and our concerns for the future. We might express gratitude for what they have taught us. We might ask their forgiveness, or give them ours.

Whatever we say, we are working through our insecurities about life and death.

Lasting Connections
A couple of months ago, my husband gave Will, his three-year-old grandson, a rotary phone to play with. Now, it’s just one of many toys, lost amidst the trucks and dinosaurs.

But someday, I hope Will realizes he can make a deeper connection through that phone.

When my husband is gone, it would be the perfect vehicle for keeping love alive.

All Will has to do is pick up the receiver, dial grandpa’s old telephone number, say what’s on his mind – and listen.  He might just get some answers.