View From The Hospital Bed 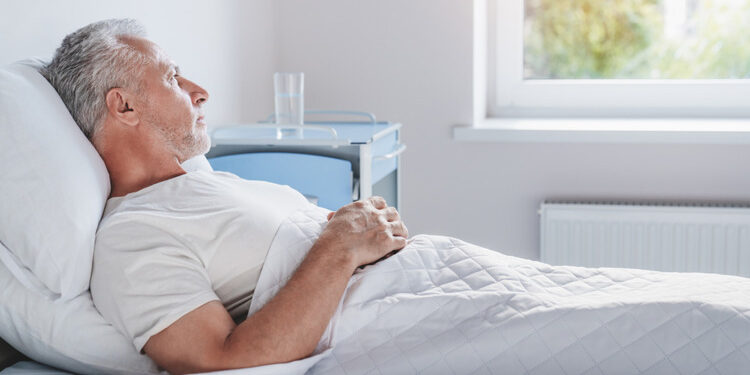 A big part of my life is devoted to educating people. My mantra for 2016 was about the need for everyone to appoint an advocate. When you get sick, you can’t fend for yourself. HIPAA laws require that you put your choice in writing so your advocate will be able to do their job should the need arise. My husband and I have done this, and we are clearly in the minority.

On New Year’s Day 2017, my husband, Bob, had a health emergency. Miraculously, I was able to find an internist who was willing to come to our home and see him on that holiday Sunday. Upon examining him, this doctor sent us to a hospital that, while less than convenient geographically, admitted him with relative speed and got him connected to all the specialists, tests and treatment he would need to recover.

Bob remained in the hospital until January 11. He had four roommates during his stay. Three of them were single males with no advocates. Their fates were all frightening and sobering.

The first roommate was in great distress when I came for my first visit to Bob’s semi-private room. He had not been fed in 27 hours. There were no doctor’s orders for meals and no one to follow up for him; just the nurses and staff, who were overwhelmed caring for lots of other patients. He was alone and apparently had no primary care physician. This guy was pulling out his IVs as he howled in anguish. A nurse helped him removed his tethers to prevent him from hurting himself and the fellow immediately checked himself out with his condition untreated.

Roommate 2 came in with COPD and pneumonia. Single and apparently lacking a primary doctor, he had stumbled into the ER in crisis and was admitted. Over 24 hours later, no meals (but he stayed long enough to finally enjoy the “cuisine”). No advocacy. He did receive some treatment but needed to go home. His pets had been unattended for the two days he’d been receiving care. With outdoor temperatures in the 20s, he lived two miles from the hospital and had no money for a cab ride home.

Roommate 3 was a young man with several doting female family members (his mom, grandma and an aunt). There was not a lot of room for all of us, and there were a lot of strained smiles and “excuse me”s getting in, out and around in the room. But that fellow apparently received adequate care and was released within two days with his mom to help him.

The saddest case was an elderly gentleman who was in my husband’s room for just a few hours. He had been a heroic policeman who had disarmed killers and saved lives. Having lost use of all of his limbs over time, his family abandoned him. He brought Bob first to anger with his protestations and then to tears after hearing his story.

As I managed Bob’s care from the outside, I was impressed with the internist who got us there. He was communicative, respectful and responsive. He coordinated with other specialists he respects. He got things done and kept his eye on the big picture. This is someone I want on my team.

This challenging return to caregiving has made me refocus on an important priority: starting with the right doctor. Most of us begin with our insurance and go from there. Searching the “provider locator,” we try to find a network doctor who will serve us along with suitable “in-network” facilities as we need them.

Unfortunately, playing the game from the insurance company’s perspective, we are at the mercy of actuaries rather than medical professionals. The decisions being made are based on finance, not health. And that’s a dangerous approach. The needs of the patient, the human being in question, should always come first. But that’s not how the current system is built. That’s why it’s broken. The cards are stacked against us and we often don’t realize how badly until we’re in the middle of a crisis.

So here’s what I recommend: find a good doctor. Not just someone who tells you what you want to hear. We all need someone who is more than simply qualified, but who listens and is willing to work as part of our team; someone who knows how to navigate. Otherwise, we can find ourselves stuck in the cracks of this broken system.

And please appoint an advocate: select someone you know and trust, who will stand up for you and follow up with the professionals, because we’re all human. We all miss stuff. And you need to put it in writing, or they’ll never get anywhere.

It doesn’t matter what hospital you’re in so much as who’s writing the orders and who’s coming to visit. That’s all part of a much bigger prescription that requires a team to implement.

While these suggestions may seem overwhelming, acting on them while you’re healthy is the smartest thing you can do to protect yourself. Doing it by yourself from a hospital bed is damned near impossible.

How To Find A Senior Living Community For People With Disabilities
May 5, 2022