Things They Are a Changin’ 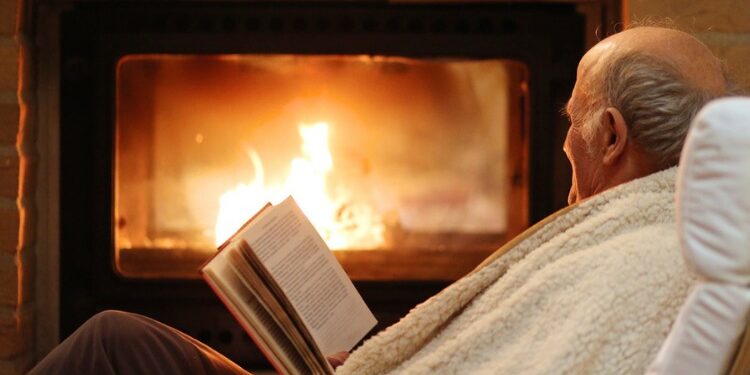 John and George, as is their weekly custom, meet Wednesday, November 4, 7:00 p.m., at the gas fireplace in the social room of their retirement home. It is time to once again sip fine scotch and share their thoughts.

John pours a shot for his friend and George pours a drink for John. Pouring each other’s drinks has become a ritual, somehow making the evening special, or as George would say, “sharing…it gives us a touch of the spiritual.”

John leans back in his large comfortable chair and says, “Hopefully by the time we meet next week we will know who the President is. You know, the drama in last night’s election brought to mind the current yet age-old struggle for power. I was reminded of my favorite poem that speaks of addiction to power as well as living on after death through one’s accomplishments while alive. The poem is Ozymandias. The title character was also known as Rameses II, the Pharaoh of Egypt over 3,000 years ago. The author Percy Shelley was interested in issues of political power, life, and death throughout his short life. He drowned in a storm while sailing alone at age 29.”

George adds, “Yes, I remember that Percy Shelley and his wife Mary spent social time with Lord Byron where Byron suggested they have a contest to see who could write the best ghost story. Mary’s short story raised questions of life and death and later became the novel Frankenstein.”

“That’s right,” says John. “In another friendly competition, Percy Shelley and his friend Horace Smith both wrote sonnets, you know, fourteen line poems metered in iambic pentameter, to see who could write the best sonnet.  Percy’s sonnet did not conform to a specific meter making it difficult to call it iambic pentameter, but it was a sonnet nonetheless.”

“Okay, okay.  I know what a sonnet is,” responds George with a fake sarcastic grin.

“Anyway,” continues John, “Shelley’s poem, published in 1818, three weeks before Smith’s, became famous.  The poem explores the ravages of time even as it visits the powerful.”

“Yes,” responds George. “I have always loved the poem Ozymandias but didn’t realize it was written in a competition.”

“That would be nice,” says George taking a sip of scotch. “maybe it will help put recent events in perspective.”

John removes a time-yellowed paper from his pocket, looks at the poem written there, sets the paper down, and speaks from memory:

I met a traveler from an antique land, who said—two vast and trunkless legs of stone stand in the desert….

Near them, on the sand, half sunk a shattered visage lies, whose frown, and wrinkled lip, and sneer of cold command, tell that its sculptor well those passions read which yet survive, stamped on these lifeless things,

The hand that mocked them, and the heart that fed;

And on the pedestal, these words appear: “My name is Ozymandias, King of Kings, look on my works ye mighty, and despair!”

Round the decay of that colossal wreck, boundless and bare the lone and level sands stretch far away.

When John finishes the sonnet he falls into silence, along with George he looks into the fireplace, and for a while both lives dwell in past memories. Eventually John looks at his friend and asks, “What do you think?”

“I think it is true,” responds George.

“What else do you think, George?”

“Well, you know, the poem gets me thinking of a hot air balloon ride my kids gave me a few years ago for my birthday. I flew above the city and the nearby foothills being surprised by the peace and oneness I felt with old buildings, people I knew, and the ancient foothills framing the city. Such peace and harmony with the environment below have been hard for me to come by on the ground where I am experiencing way too much tension and isolation.

“I also find it interesting that the poem looks at life from a perspective of time and my balloon ride emphasized the space I was in rather than time.  Today, I believe our time is calling us to fill the empty space before us with meaningful living and care for our brothers and sisters.”

“Yes,” says George. “And, paradoxically, sonnets are generally thought of as a format for love poems. I don’t think it is a coincidence that Shelley used the context of undying love to present the terminality of hubris even when expressed by such a power as Ozymandias. I believe Shelley is subtly saying true power is found in love.”

“Yes,” responds George. “The perspective provided by timeless moments spent in the balloon ride reminds me that where our space is provides the place where time is used to express our values for good or ill. Our space is the context to express love or hate, caring or indifference, depending on how we choose to focus our time. This is true in our personal lives as well as the life of our country.”

The two men once again fall into silence. Eventually John confesses, “I really don’t know what else to say right now.”

“Me either,” says George.

The two old men sit quietly for the next half hour sipping the scotch they had poured for each other. Then, without saying a word, they slowly lift themselves from their chairs, smile and wave from a distance of six feet, forgoing their traditional hug. They arrive at their separate rooms, private thoughts in hand.

As the two old friends, I and perhaps you as well, need some quiet time to think.