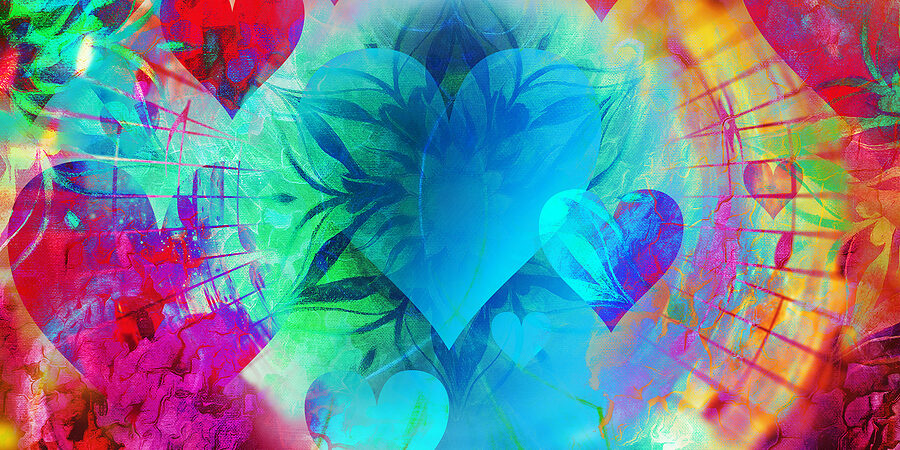 Love one another.  That pretty much sums up the answer to our problems, as individuals and as societies.  It is the only way to live well.  It is also the way to prepare for a good death.

Most religions offer versions of this same teaching.  In Judaism, the Torah says, “Love your neighbor as yourself” (Leviticus 9:18).  Hindu writings say, “This is the sum of duty; do naught unto others what you would not have them do unto you” (Mahabharata 5, 1517).  The Qur’an says to Muslims, “Serve Allah, and join not any partners with Him; and do good to parents, kinsfolk, orphans, those in need, neighbors who are near, neighbors who are strangers, the companion by your side, the wayfarer . . .” (Qur’an 4:36).  (For more on this, CLICK HERE.)

In the New Testament of the Bible, Christians can find 59 occurrences of the phrase “one another” that tell us specifically how to behave toward others, including “Thou shalt love they neighbor as thyself” (Matthew 22:39) and “A new commandment I give unto you.  That ye love one another; as I have loved you, love one another” (John 13:34).

To “love” our neighbors is not just a feeling, but also a set of practices.  We treat everyone with respect and assist each other in whatever ways we can.  In a truly civil society, these behaviors are reciprocal.  When we are in need, our neighbors do for us what we have done for them.  This is what distinguishes a greedy, selfish society from one that is based on love.

Walking Each Other Home

Spiritual teacher Ram Dass offers another perspective on the golden rule of doing unto others.  Ram Dass was an American-born Buddhist who followed the teachings of Indian saint Neem Karoli Baba, known as Maharaji-ji to his followers.

With his friend and fellow Buddhist teacher Mirabai Bush, Ram Dass wrote Walking Each Other Home, a book based on their conversations about living and dying when Ram Dass was in his final years.

Twenty years before these conversations, Ram Dass had suffered a massive stroke that left him with aphasia (difficulty processing language) and paralysis on the right side of his body.  He never walked again, and he could use only his left arm and hand, but his mind remained sharp.  He still taught and wrote with the help of caregivers and friends.

The primary teaching of Maharaji-ji – “love everyone” – is the primary message of the book.  Bush clarifies what it means in her introduction: “This is it. . . the way to live and the way to die.  Love everyone, including ourselves.  Be in the moment.  Be tender, be kind, be generous.  Know that we share this journey with each and every person.”  Living this way, aware that each of us will pass away in time, we know that “we are all just walking each other home.”

Ram Dass explains his own reasons for writing the book: “I want to help readers get rid of their fear of death, so they can be identified with their spiritual selves and be ready to die. . .. And people who are living who can see that they are dying each day, that each day is change and dying is the biggest change – it could help them lead more meaningful lives.”

The one thing that most helped Ram Dass accept death without fear, besides his spiritual practice, was sitting at the bedside of people who were dying.  In the 1980’s, he started the Living/Dying Project with Stephen Levine, best known for his work on death and dying, and Dale Borglum, a pioneer in the conscious dying movement.  Together they trained “helpers” who would sit with dying people, meditate, and assist them in making their transition “from ego to soul.”

I’m no Buddhist, but I do share some of Ram Dass’s beliefs.  I think that spending time with those who are dying is a very good way to love your neighbor.

I was a hospice volunteer for nine years, and I sat with many dying people.  But one experience stands out as especially meaningful.

I was working as a receptionist for an animal shelter when a call came in.  A woman wanted to know if, by any chance, we could bring a kitten to visit her dying mother, who loved cats.  The shelter had never received a call like this before, and the staff was not sure how to respond.  Could we do it?  Should we?  If so, which kitten?  The woman was bed-bound and very frail.  Most kittens are balls of energy, running, jumping, and climbing on everything in sight.

However, a new kitten had just entered the shelter who was different from the others.  He had been found in an old barn, abandoned, filthy and starving.

A staff member named him Aslan, after the lion in the C.S. Lewis series, The Chronicles of Narnia, who stood for all things good and true.  A long-haired orange tabby with tufted ears, Aslan looked something like a lion, plus he was strong and courageous, having survived despite his disability.

Aslan had cerebellar hypoplasia, sometimes called “wobbly kitten syndrome.”  It occurs when the cerebellum – the part of the brain that controls fine motor skills – fails to develop properly.  Aslan experienced no pain, but he swayed from side to side and walked slowly in a jerky, uncoordinated manner.  He was also very cuddly and happy to nuzzle quietly next to anyone who showed him attention.

I was the lucky person who got to take Aslan to visit the dying woman.  She acknowledged his presence but was not able to speak.  Aslan lay quietly by her side for a while, purring, and then the woman’s grown daughters put him on the bed nearby and played with him. They asked many questions about him, laughed at his antics (he pounced on toys just like any other kitten), and took pictures for their social media posts.

At one point the woman’s husband said to me, “You seem very comfortable in this situation.  Have you done this before?”

Which is true.  The kitten helped balance things out.  We all knew what was happening in the room, but it wasn’t the only thing happening.  There was death, but there was also life – fierce new life, struggling to survive against all odds, and doing so with joy.

When we sit with the dying, Ram Dass notes that the challenge is to remain in the space of compassion and reverence for all life, while accepting that death, too, is part of the process of living.  Aslan helped us remember and feel the truth of that. 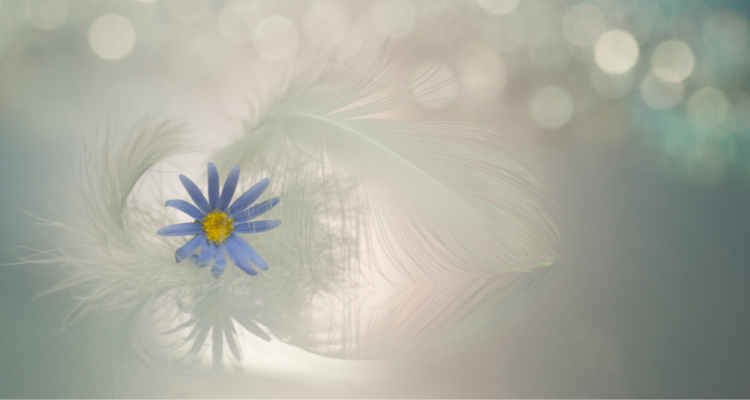 It’s very difficult for most of us to love our neighbors.  But we can take a big step in that direction by trying to live by the words of C.S. Lewis, who was a very wise man: “I don’t have a soul.  I am a soul.  I have a body.”

Mercifully, we are also prepared for death when the time comes.  I like the analogy Ram Dass offers:  we are like a bird sitting on a rock, ready to fly, with nothing holding us back.

That’s a beautiful way to think about life and death, don’t you think?

Thanks To Friends And Acquaintances
September 18, 2022

Laughter Is The Best Medicine
September 4, 2022