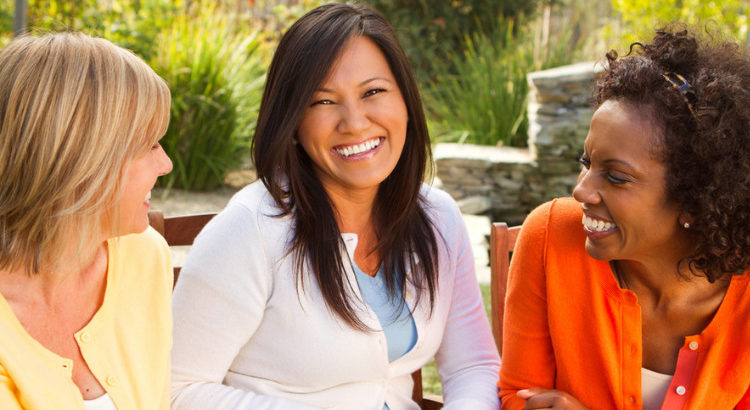 The Friends You Keep

One way to get a “jump” on aging – that is, to prepare for it earlier in life – is to make good friends and keep them.  Technology can help.

Two Kinds of Friends
In Women Rowing North: Navigating Life’s Currents and Flourishing as we Age, psychologist Mary Pipher devotes a chapter to friendship.  She believes that friends should be a high priority, especially as a we age, because “they are what hold our lives in place.” These friends reflect us back to ourselves and remind us who we are.

Pipher distinguishes between two kinds of friends:  friends of the road and friends of the heart.  We meet the first type through circumstances – school, work, travel, community involvement.  We spend time together, but when the circumstances change, we often lose touch.

The second type, friends of the heart, are the people we relate to “soul-to-soul.”  We feel completely ourselves with them, and they become an important part of our lives.  These are the friends we want to keep with us as we age.

You Know Them When You See Them
The majority of the people in my life have been friends of the road.  As an independent career woman and an introvert, I met most of my friends, including boyfriends, through school or work, and we didn’t stay together over time.

However, in high school I was lucky to meet a friend of the heart.  Tim was my brother’s friend, but the first time we met, we liked each other immediately.  It was as if we were drawn together by a magnet, and it wasn’t just romantic.  It was a recognition:  we share things of value, and we understand each other.

We became sweethearts during my senior year and his junior year.  Even though we saw each other every day at school, we would talk for an hour on the phone at night — and then sometimes go out to the Big Boy restaurant for coffee and more conversation.

We lived in a small Michigan town where there wasn’t much to do, and we didn’t have any money anyway, but we still had fun.  For our first date, we walked around a sporting goods store, laughing and talking about what we would buy if we could afford it.  We spent many hours walking hand-in-hand through the cemetery.  It was a quiet, private place for two kids who lived in little old houses with no privacy.

Eventually, that one-year difference in our ages became significant.  When I went away to college, Tim was still in high school, and a long-distance relationship was hard to manage.  We broke up during my freshman year, got back together briefly after Tim started college in the same city, and then broke up for good.

Ten years later, both in town to visit our parents, we met for coffee at the Big Boy.  By then, Tim was married with a young son, and I was living with the man I would soon marry.  Yet, at the end of the evening, when we held hands and walked through the cemetery, we still felt that connection.

We didn’t see each other again for 30 years.  Then one day, unexpectedly, I received an email from Tim, saying his mother had been cleaning out an old jewelry box and had found a bracelet that had belonged to me.  Did I want it back?  I didn’t remember the bracelet, but I remembered Tim.  I had been divorced for 20 years and had thought about him many times.  Might there still be a connection?

As it turns out, there was.

Someone Exactly Like You
We emailed for a while and got reacquainted.  He had been divorced for six years and lived in Idaho near his son.  In the topics we discussed and the ways Tim expressed himself, I saw the same funny, sensitive guy I had known in high school.

We agreed to meet for dinner the following month when Tim was in Michigan visiting his mother.  He made reservations at the restaurant where we went before my senior prom in 1973.  By the time date night finally rolled around, my sister worried that we wouldn’t have anything left to talk about, given all we had said through email, YouTube, cards and photos.

But talking wasn’t a problem.  The evening passed like a romantic movie on the Hallmark channel.  We saw no one else in the room, including the waitress, who had to come back several times to get our order and at one point said, “You two are in a world of your own.”  It felt like no time at all had passed since high school.  When we finally looked up from our conversation, the restaurant was closing.  After that, we walked around town for two hours, holding hands and talking into the night.

We were married one year later to the day, and I moved to Idaho to start a new life with my old friend of the heart.

Technology Can Help
Tim and I probably wouldn’t have reconnected without the internet.  His initial email, tentatively offered from a distance of 2000 miles, was a safe gambit.  Not until we felt comfortable interacting online did we begin to talk on the phone and meet in person.

In “How the Internet is Changing Friendship,” part of a video series by The Atlantic on the science behind everyday life, co-author and narrator Julie Back raises the question, “Does the internet strengthen friendships or make them more shallow?”  The answer:  It depends on the friendship.

Beck draws on research to explain that active friendships often become dormant as we age, but the internet can help revive them if both parties are receptive.  Even with active friendships, the more platforms we use to communicate – email, social media, text, telephone, face-to-face meetings — the more likely the friendship will endure.

Beck concludes that maybe the biggest gift of the internet is that “it’s a place to find our friends when we’re ready to pick up where we left off.”

You Still Need to Work at It
In the 21st century, even friends of the heart need to work at staying together.  Pipher encourages us to think of relationships as verbs, not nouns. They need our attention, energy, time and effort.  If they are not regularly tended to, like a plant, they will wither and die.  It is best to think of ourselves as “relating” or “friendshipping” rather than “having a relationship” or a friendship.

That’s something to keep in mind during all the days of our lives.  If we make the effort to nurture and sustain at least one good friendship, and preferably more, we will be more likely to have a trusted companion traveling along with us as we age.