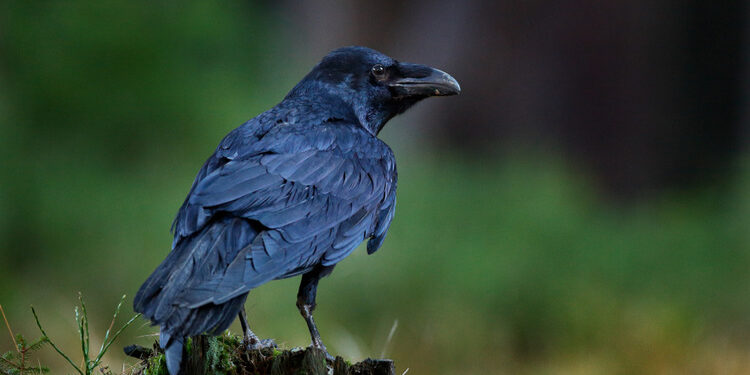 Legends are stories that are exaggerated for effect. They may be told for entertainment purposes or to provide insight into our lives. Sometimes they do both.

One of my favorite legends, which comes from Northwest Native American tribes, shows how deception works.  It goes like this:

Grandfather spoke to the children gathered around him one quiet summer’s evening on the riverbank where the wood fire was flickering away.  The songbirds had put their music to rest for the night.

“Okay, one more story before you go to bed. What would you like to hear?”

“The one about the raven and the fish!” they shouted together.

“Well, one afternoon Raven came upon a group of old men who were fishing, as they had for decades, in this very river.  Raven hid behind a bush and watched them for days without being seen. Then, one morning, he approached the fishermen with curiosity. ‘What are you using for bait?’ inquired Raven.

‘Can you show me how you put the fat on the hook?

The fishermen were happy to show off their skill and readily taught him how to bait a hook correctly.

The next day when the old men went fishing, Raven hid behind a rock and waited. Once the bait was cast, Raven dove into the water and swam faster than any fish ever could.  Knowing how the bait was put on the hook, he was able to quickly steal it and return to his place behind the rock before the fisherman knew what had happened. Raven had himself a great feast.

This went on for several days, but Raven tried his trick once too often. One morning when the fisherman felt a slight tug on his line, he was ready, yanked hard and pulled Raven’s beak off. The fisherman reeled in the beak and all the men looked at it, agreeing that it must be an evil spirit.

They quit fishing and went home to examine what they had found.  Raven, in great pain, followed them, desperate to get his beak back. When he arrived at the fishermen’s house, he turned himself into a man and went inside. He sat with the fishermen as they passed the beak around.  Raven waited patiently for his turn to hold the beak.  When it came to him, he put it on his face, turned back into Raven and immediately flew out the smoke hole in the ceiling.

That night, Raven had his beak again and a full belly, but was it worth all the pain he had suffered?

“Okay kids, time to call it a night,” announced Grandfather.  The kids, laughing with glee, jumped up, hugged their grandfather, and went to their beds, where they slept well.

Deception promotes a belief, idea, or concept that is not true.  Sometimes deceivers are not aware they are deceiving.  Other times they deceive knowingly for personal gain or advantage.

Deception can involve distraction, camouflage, and/or concealment and can do harm to others.

Therefore, it is important for us to know about deception.  In the age of rampant disinformation on social media, it behooves us all to examine carefully what we read, write, say, and communicate to others.

Sometimes senior citizens are more trusting and therefore more vulnerable to deception.  I myself have been a victim.  I was once deceived by a phone caller to whom I revealed personal information.  This resulted in my needing to change credit cards, passwords, and bank information to protect myself from this swindler.

Like the fish and the fishermen, I thought I was above deception.  I was wrong.  In fact, everyone is vulnerable to expert deceivers who defraud others.  Collectively, we all suffer from deception when it makes us feel unsafe in our homes and communities.

Deception divides us and takes the trust, joy, and kindness out of relationships. This is painful because most senior citizens want to “age gracefully” and live with truth and integrity.  I don’t want to feel angry at being “duped” and insecure about my ability to tell the difference between truth and falsehoods.

The story of Raven illustrates another important point:  deception also harms the deceiver.  Raven suffered both physical and emotional pain from his deception.  Humorist Will Rogers got it right when he said, “I would rather be the one who bought the Brooklyn Bridge than the one who sold it.”

In the end, nothing positive comes from deception.  Except maybe a good story!