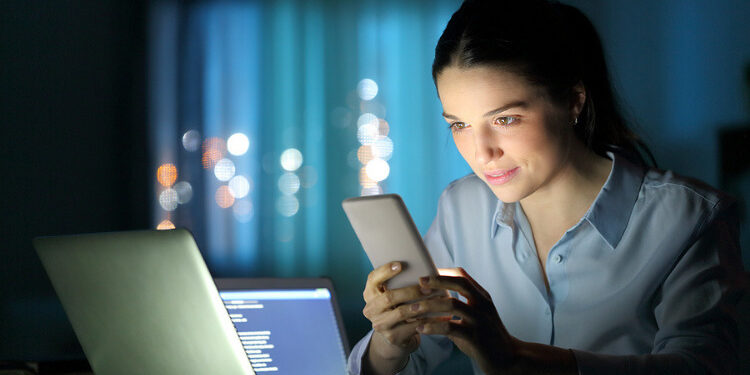 Everywhere we go, we’re bombarded with information. It’s loud, it’s instant, and it’s never-ending. We have radio, television, the Internet, cell phones, text messaging, social media, and more. We seem to be under the illusion that we’re more connected than ever, but really, the reverse might be true. These forms of technology and media may be leaving us disconnected, frazzled, tired, and downright stressed.

Imagine it—you’re at the office trying to meet a tight deadline only to be constantly interrupted by the incessant pings of your email, voicemail, instant messaging, and text messaging. (We won’t even talk about the impact of your Twitter feed.) After that little ping takes you off task 20 times, you may feel your blood pressure rise and you probably want to scream, “Uncle!”

It turns out, screaming “Uncle” might be the best thing you could do for yourself. Consider the latest trend in cleansing—the media fast.

What is a Media Fast?
A media fast is the term used to describe an intentional period of abstaining from the media—ideally, all media. Think about it: some people fast or cleanse when they want to clean up their diet and jump-start a new health program. A media fast is like a cleanse for your brain. It’s an opportunity to unplug from all of the technology, distractions, and noise and give your mind a respite from the stress associated with those things.

Why Take a Media Fast?
We live in a time of information overload. Studies show that people are bombarded with an average of 34 gigabytes of information each day. Researchers at MIT have found that the overload of visual stimulation actually causes the brain’s processing capacity to shut down. Furthermore, multitasking can knock 10 points off of an IQ score. Some experts even believe that the lightning-fast streams of information are too fast for the brain’s moral compass to process.

In other words, too much is too much.

How to Conduct a Media Fast
There are several ways to perform a media fast. Some people cut out all media for a specified period of time, such as one day or one week. Others choose to cut out certain forms of media, such as the Internet or social media. Here are some tips:

There’s not doubt we’re all stressed—and we’re all dependent on technology. A media fast may feel impossible, especially if your job requires you to work with technology. But sometimes desperate times call for desperate measures. Our brains are not designed to process this much information, this fast. Though we can do it, that doesn’t mean we should do it—and it typically results in a lot of stress.

Radical results require radical change. Try a media fast, even if only for a day. Your brain will thank you.