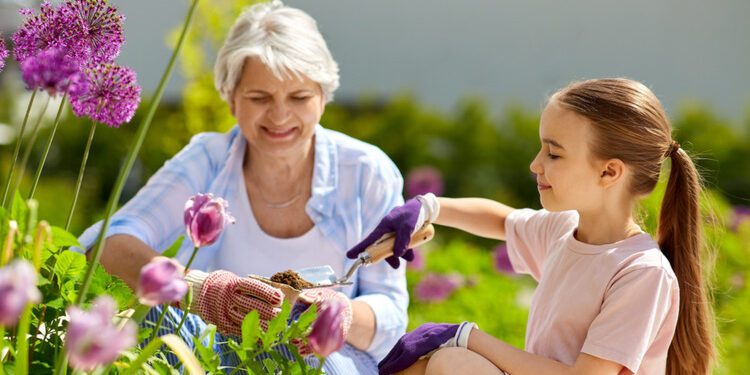 Some gerontologists have built careers around the study of “successful aging.”  Although they are still learning about it, promising new ideas are coming from psychologists who work not with elders, but with children and adolescents.

A Scientific Model of Successful Aging
In 1997, John Rowe, M.D. and Robert Kahn, psychologist and public health professor, published a book called Successful Aging, based on research funded by the MacArthur Foundation.  They considered successful aging to be “better than average,” and developed a model that entailed three components:  avoiding disease and disability, maintaining high cognitive and physical functioning, and remaining active and engaged in life.

Their model was based on good health and high social functioning.  If you had any chronic ailment, like diabetes or heart disease, or if you experienced even mild dementia, you were not, by their definition “aging successfully.”  Even if you were 95.

Critics took Rowe and Kahn to task.  They pointed out that the authors talked about “successful aging” as if it were a fixed state, rather than a dynamic process that changes over time.  Rowe and Kahn also saw successful aging primarily in terms of individual choices (over diet and lifestyle, for example).  They failed to acknowledge that human aging is affected by many things outside of our control — family history, race, class and gender, for example, and structural forces, such as minimum wage and retirement policies, social security benefits, and access to affordable housing and quality health care.

In short, the gerontologists failed to see that, even if people make healthy choices, they still need societal support for the life-long process of “aging successfully.” It takes a village to raise not only healthy children, but healthy elders, too.

In response to critics, the MacArthur Foundation funded more research, which resulted in the publication of “Successful Aging 2.0:  Conceptual Expansions for the 21st Century” (Rowe and Kahn, 2015).  In this version, the authors take a much longer view of the aging process.

Other Considerations
Some researchers say that, more than anything else, successful aging requires a certain mindset.

According to the Retirement Lifestyle Center, a research and education center created to help baby boomers prepare for the non-financial aspects of retirement, the keys to successful aging are largely attitudinal.

Barry LaValley, the Center’s founder, lists eight keys to successful life in retirement, the first five of which involve proactive and positive thinking:

In his workshops, LaValley teaches people to develop realistic expectations about retirement that take into account future changes in health and life circumstances.

Even with the onset of disease and disability, we can still age successfully with the right mindset.  “Success” in later life is a matter of becoming more flexible and adaptable, rather than demonstrating “better than average” achievement on health and activity measures.

In fact, experts on child-rearing now recommend that parents focus more on teaching core values and positive habits of mind to prepare their children for a healthy adolescence and adulthood.

Madeline Levine, a clinical psychologist and author of Teach Your Child Well:  Why Values and Coping Skills Matter More than Grades, Trophies, and “Fat Envelopes,” founded an organization called Challenge Success (http://challengesuccess.org) that encourages parents and schools to broaden their definition of success beyond performance and achievement.

Levine argues that what children need in order to achieve in an uncertain and rapidly changing world are specific habits of mind, such as mental flexibility, curiosity, and optimism, as well as healthy coping skills, such as adaptability, tolerance for failure, and resilience.

When children develop these habits and skills, they are naturally more interested and engaged in life.  They will seek out fulfilling activities, find balance in work and leisure, form lasting relationships, and develop an overall sense of well-being.

Parents can help children learn these healthy habits, but schools and workplaces need to reinforce them, too.

With this kind of familial and social support, the next generation of older adults won’t need workshops like Barry LaValley’s to teach them how to age successfully.

They will have practiced all their lives.