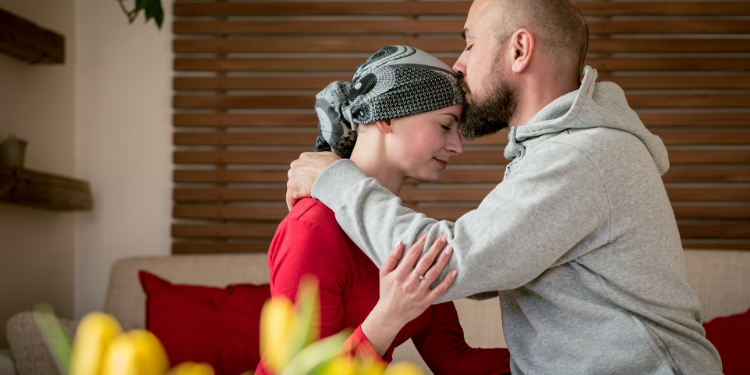 People who achieve great things inspire us, but they intimidate us, too.  They seem to have super-human strengths and abilities that the rest of us lack.  Yet have you ever considered that weaknesses and vulnerabilities can make a person great, too?  Cecily Saunders, the founder of the modern hospice movement, is a perfect example.

Saunders has inspired millions of health-care workers around the world.  But it is her humanness, even more than her accomplishments, that inspire me.

Strengths and Weaknesses
Saunders was born in 1918 to a wealthy and prominent family in England, but her childhood was unhappy.  Her mother was distant and unloving, and Cecily was a shy, awkward girl who lacked confidence and had trouble making friends.  She was extremely bright, however, and she excelled at school.

Although she was drawn to politics, philosophy and economics, Saunders had a greater desire to serve others, so she chose to go into practical nursing.  During her training, she came to believe this was her true calling.  Says her biographer, “She slotted into nursing and its way of life like a book finding its right place on the shelf.  Over forty years later she still glowed with warmth as she remembered the feeling that she had ‘come home’” (Shirley du Boulay, Cecily Saunders:  The Founder of the Modern Hospice Movement, 2007).

But nursing was not her destiny.  The long hours and hard physical labor intensified the back pain she suffered as a result of a congenital curvature of the spine.  After three years, she had to leave nursing due to poor health.  It was a devastating blow.

Yet Saunders was determined to continue working with patients.  She decided to return to school and become an “almoner,” later called a medical social worker.  In this capacity she would assess patients’ financial circumstances and find charitable sources to meet their needs, arrange for transfers from hospitals to convalescent homes and do case work.

In 1947, at the age of 29, she took an almoner position with St. Thomas Hospital in London, which specialized in the care of cancer patients.  Here she met the man who would change her life.

Spiritual Connections
During her years at school, Saunders had developed an interest in religion.  Her family was not religious, and she was curious.  So she read C.S. Lewis and joined the Socratic Society, founded by Lewis for atheists and others who did not want to follow traditional religions.

In a time of stress, worry and sorrow over her parents’ divorce and the loss of her nursing career, Saunders had a conversion experience that turned her toward Christianity.

She took from this experience the belief that God often makes himself known in situations when one feels most vulnerable.  At these times, we are more able to surrender and receive God’s love and mercy.  This would become a premise of her hospice philosophy – that dying can be an “achievement” – emotionally and spiritually — if we stay open to the possibility of personal growth through dark times.

As an almoner, Saunders met David Tasma, a patient at St. Thomas.  They fell in love, although by most people’s standards, it was a poor match.  She had two degrees, and he had none, having immigrated from a Warsaw ghetto.  She was an evangelical Christian, and he was an agnostic Polish Jew.  She was a professional woman, and he worked as a waiter. She was just beginning a long and distinguished career of service. He was suffering from inoperable cancer and felt he had wasted his life.

They saw each other exactly 29 times, and only in the hospital. They talked at length about religion and developed a deep spiritual and emotional connection.  They also talked about how dying people should be cared for.  It was an “unorthodox, brief and intense” relationship through which Saunders found her calling (du Boulay, 2007)).

Falling in love with David and grieving his death were orienting experiences for Saunders.  Ultimately, her philosophy of hospice care was rooted in these experiences.  She developed a genuine empathy toward dying patients and their loved ones.

A hospice chaplain who later worked with Saunders noted that she “put the whole of herself into her work.  Mind, energy, faith, compassion and suffering.  Her magnificent achievement was to have turned the pain and loss of her life into one of the most creative undertakings of this century” (du Boulay, 2007). 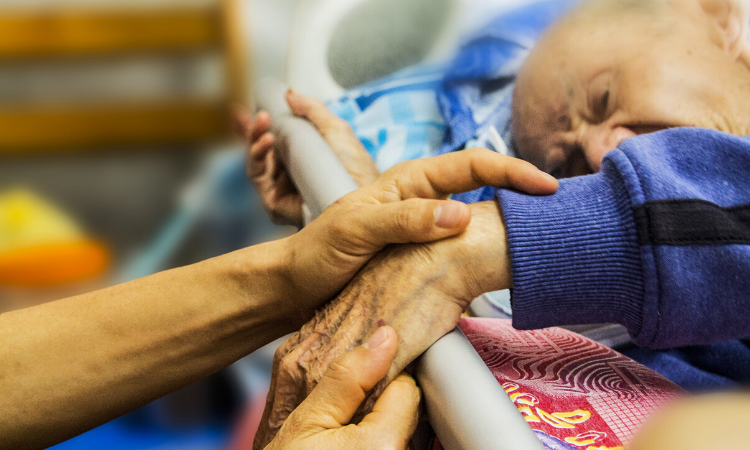 The Foundations of Hospice
Soon after David’s death, Saunders began to volunteer at a religious home for the dying.  She talked to a doctor there about her interest in working with dying patients.  He responded that there was much to learn about pain management and that she would only be frustrated as an almoner, because the doctors would not listen to her.  He suggested that she study medicine herself.

And so she did.  At 33, she was the oldest student enrolled.  With no background in the sciences, she said of the first months, “It was hell.” The training covered many areas of medicine, but not care of the dying, which reinforced her resolve.  Focused and determined, six years later, Saunders graduated with distinction.

As a new physician, she was awarded a research fellowship to study pain management at a hospital with a large ward of terminally ill cancer patients. Here she developed a more effective and humane way of treating pain that allowed patients to remain conscious and alert.

She also developed the concept of “total pain” — dying patients often suffer from mental, emotional and spiritual pain, and these are closely linked to physical pain.

Saunders went on to conceptualize and build the first modern hospice, St. Christopher’s, which opened in South London in 1967.  It combined the most advanced pain management available with emotional and spiritual care.  Saunders’ hospice philosophy became internationally respected for its integration of head and heart, combining the highest medical knowledge and expertise with love and human kindness.

Saunders’ philosophy was built around her own losses and vulnerabilities, as well as her intelligence and medical training.  It became the inspiration for hospice care around the world, as well as the basis for a new field of medicine called “palliative care.”

Inspiration in Small Things
Until a few years ago, I had never heard of Cecily Saunders.  Then I became a hospice volunteer and studied the history of the hospice movement.

Saunders believed that every hospice should be rooted in the local community:  “The dying need the community, its help and fellowship and the care and attention which will quieten their distress and fears and enable them to go peacefully.  The community needs the dying to make it think of eternal issues and to make it listen and give to others” (du Boulay, 2007).  For this reason, community volunteers are central to her philosophy of care.

Volunteers sit with patients, talk and listen, do small chores and favors, give caregivers a break.  In short, they are good neighbors who offer their time and presence.  Once I might have dismissed these simple gifts as unimportant, but now I am inspired by them.  I see that they are practical expressions of Saunders’ mantra for hospice:

“You matter because you are you, and you matter until the last moment of your life.  We will do all we can, not only to help you die peacefully, but also to live until you die.”

Ruth Ray Karpen is a researcher, writer and retired English professor. She has published many books and articles on aging and old age, life story writing, and retirement. (See Beyond Nostalgia: Aging and Lifestory Writing, 2000 and Endnotes: An Intimate Look at the End of Life, 2008).  Most recently, as a hospice volunteer whose 100-year-old mother is a hospice patient, she has been exploring the meaning of death and dying. In our series on “Heart and Soul,” she will consider how later life, including the end of life, offers unique opportunities for emotional and spiritual growth.