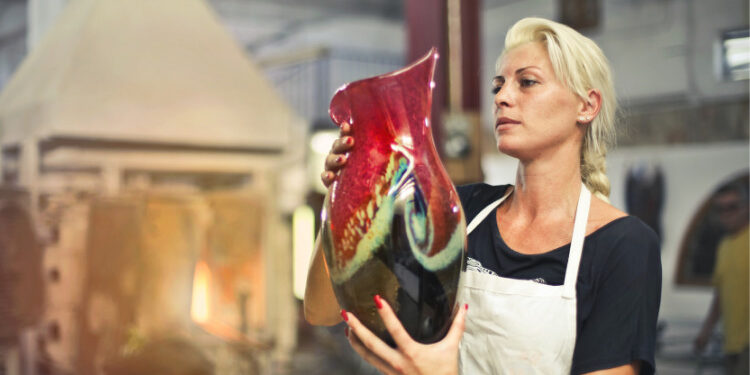 Writer and humorist Garrison Keillor, the Mark Twain of the baby boom generation, recently declared that, at 80, he has “put the idea of self-improvement behind me once and for all.”  He will never finish Moby Dick, and he will not be getting cosmetic surgery to remove his jowls (New Hampshire Union Leader, March 2022).

At some point, says Keillor, you must accept yourself as you are.  But I wonder, when is that point?  Does it involve all aspects of yourself?  What’s the difference between accepting yourself and giving up on yourself?

A Point of No Return?

I’ve been thinking about these questions since I told my older sister that I was reading a book about how to apply centuries of moral philosophy to modern life.

“Because it explains, in a readable and entertaining manner, what philosophers since Aristotle have said about how to be a good person and lead a good life.”

“I think you’re in a different place than I am,” said my sister, who is two years shy of 80 herself.

Hmmm.  Is 80 the point in life when you can finally stop trying to become a better person and relax?  Maybe rest on your laurels, whatever they may be?

The book that led me to these questions is How to Be Perfec, by Michael Schur, who also created the television comedy series The Good Place, starring Ted Danson and Kristen Bell, about life after death.

The book and the series are both very funny, but they also encourage self-examination by raising serious ethical issues.  Although Schur knows a great deal about moral philosophy himself, he also hires academic philosophers as consultants for his work.

In a nutshell, How to Be Perfec summarizes theories from the three main schools of Western moral philosophy (virtue ethics, deontology, and utilitarianism), along with philosophical principles from Buddhism and other traditions, to consider these questions:  What are we doing?  Why are we doing it?  Is there something we could do that’s better?  Why is it better?

It is important to ask ourselves these questions, says Schur, because “we share this planet with other people.  Our actions affect those people.  If we care at all about those people, we ought to figure out how to make the best decisions we can.”

Although the centuries-long history of moral philosophy is an “enormous, knotted, tangled mess,” one thing is certain:  as human beings, we will never be perfect, but we can always be better.  The goal, for Schur, is to “embrace our inevitable failures and find a way to get some use out of them – to learn ways to benefit when we make mistakes instead of just stewing in our own guilt, doomed to make those same mistakes all over again.”

Schur encourages us to use moral philosophy to examine what it means to be a “good” person in today’s world, from the smallest choices we make to the most consequential.

For example, in the smaller category, should we feel bad about taking extra cheese samples at the grocery store, even though the sign says, “one per customer”?  When we leave the store, do we have to return our shopping carts to the corral, even though it’s way over there?  Is it OK to under-tip a service worker, or not to tip at all?

In the category of larger consequences, is it selfish to buy an expensive new iPhone when there are millions of people around the world who are starving and homeless?  Is it OK to eat meat, given widespread mistreatment of animals and the environmental impact of manufacturing and consuming meat?  During a global pandemic, is it OK not to wear a mask? How much do we owe other people, especially given the massive inequalities among us?

There are no easy answers to these questions, but we should at least care enough to ask them.  It’s difficult, and it complicates our lives to do so, but it’s necessary so that we don’t become selfish and oblivious to the needs and concerns of others.

Schur believes that asking ourselves ethical questions and following a moral compass in making decisions will help save us “from all the traps that modern life sets, especially for people lucky enough to be born into privilege,” such as “selfishness, callousness, cruelty, hypocrisy, snobbery – those qualities people display when they decide we are not actually living all together, here on earth, but instead are living alone, individually, eight billion siloed ego states, competing with each other in a race that (they seem to forget) inevitably ends with everyone in a dead heat.”

Here’s a good definition of what it means to be “good,” from the last chapter of Schur’s book, which he directs to his own two children, ages 10 and 12:

To be good is “to act with good intentions, to cause minimal harm to those around you, to abide by rules you’d want everyone to follow, and that other people wouldn’t reject as unfair.”  It also means “to apologize when you screw up” and “try to do better the next time.”

Doing these things will most likely make us feel good and will help us become better versions of ourselves.  Our efforts will likely affect others in a positive way and will make them feel good.  Who we are and what we do, in matters great and small, makes a difference.  This is true every day of our lives, for as long as we live.

At 46, Schur is discovering that “one of the great ironies of aging is that every ten years or so, you look back on the person you were ten years before and shudder – at the mistakes you made, at your immaturity and thickheadedness – and then you breathe a sigh of relief that you’re so much smarter and more mature now.  Then ten years later. . . it happens again.”

I have concluded that, as we get older, we can, and probably should, let go of some forms of self-improvement.  This includes slogging through long, boring books that we don’t really like (after all, time is short, and there are so many other books that we do want to read!) and undergoing painful cosmetic surgery (it’s not going to last, and we’re still going to get old).  We can let go of all the things that don’t really matter in the end.

But what does matter?

According to Aristotle’s virtue ethics, the whole point of being alive is to experience and share “eudaimonia,” which is sometimes translated from the Greek as “happiness” and sometimes as “flourishing.”  Schur prefers flourishing, and so do I, because it seems more encompassing.  Flourishing means reaching your full potential as a human being, living among other beings who also benefit from your health and wellness.

The state of flourishing is a moving target that involves constant learning and trying, and it becomes more difficult to reach as the years pass.  Our thoughts and behaviors, including the negative ones, become habitual.  They “create deep grooves in our personalities, like a heavy chair forming impressions in a shaggy rug, and it becomes harder and harder to escape them,” says Schur.

As we move through life, our greatest challenge is to become “a mature yet pliable person, brimming with experiences both old and new, who doesn’t rely solely on familiar routines or dated information about how the world works.”

In that regard, each of us, at every age, has much room for improvement!