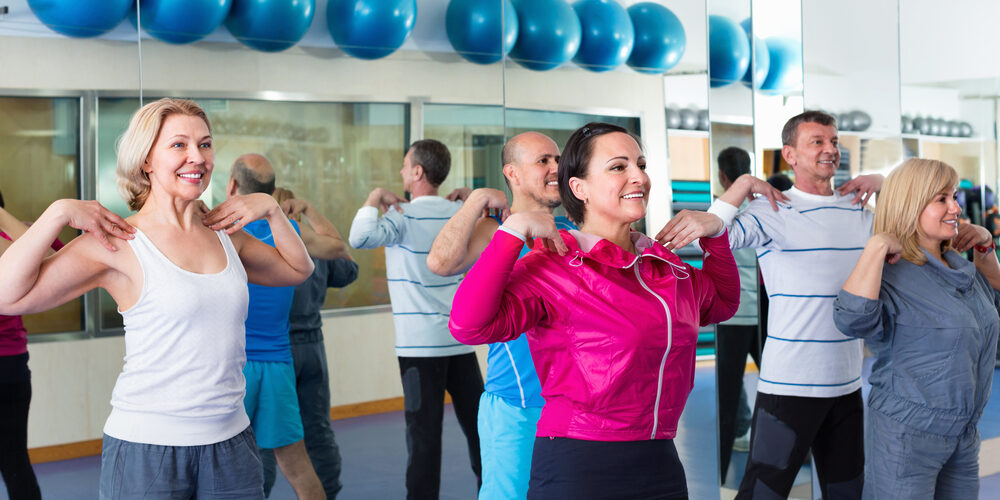 If you think of Pilates as exercise for your physical core — that prime stretch of real estate between your rib cage and your pelvis — you are not wrong. But there are reasons to think these popular workouts might do some good for your mental core, as well.

For the uninitiated, Pilates is a fitness program intended to build strength and flexibility, using a set of 500 carefully controlled, precise movements first developed by Joseph Pilates nearly a century ago. The exercises can be performed on mats or specialized equipment, including the Reformer, a contraption that looks like a narrow bed equipped with springs, pulleys and a sliding base. Pilates first caught on with professional dancers but now is taught in gyms and studios for the masses.

It is telling that the Pilates originally called his method “contrology,” says Marianne Adams, a professor of dance studies at Appalachian State University in Boone, N.C. “He aspired to the idea of attaining complete coordination of body, mind and spirit.” While just a few studies have looked at the mental benefits of Pilates, Adams and other teachers and researchers say there are several ways it might be good for your brain and your state of mind.

It promotes focus, mindfulness.
It is difficult to practice Pilates with a wandering mind. “In Pilates, we ask you to move one vertebra at a time,” and that requires attention and focus, says Anne Bishop, a Pilates instructor in Petaluma, Calif., and the founder of an educational organization called Body Brain Connect.

Students are taught to notice sensations produced by each movement and to coordinate their movements and breathing. When movement, breath and attention all are in sync, that can create a meditative state, Bishop says.

In one small study by Adams and her colleagues, published in 2013 in the Journal of Dance and Somatic Practices, dance students who practiced Pilates scored higher on measures of mindfulness — such as the ability to act with awareness, rather than on “automatic pilot” — than those who did not. And those increases in mindfulness were associated with lower stress, better mood and more confidence in tackling difficult tasks.

It could make you stronger — in body and brain.
Pilates is a form of strength training, and that kind of exercise, though less studied than aerobic exercise, has been associated with positive brain changes in some research.

For example, a study of 155 women, published in 2015 in the Journal of the International Neuropsychological Society, found that those who engaged in strength training twice a week for a year saw improvements in executive functioning and memory that lasted for at least one additional year. They also saw less brain atrophy, as measured on magnetic resonance imaging (MRI) scans, than women who engaged in balance and toning exercises. Brain shrinkage has been linked to problems with memory and thinking skills.

It could improve your posture — and your attitude.
One goal of Pilates is to improve posture by strengthening core muscles, including those in the abdomen and back, and by making students more aware of body alignment as they move through their exercises and their daily routines.

Better posture can produce physical benefits, such as less back and shoulder pain, but it also can provide a powerful mental boost, some studies suggest.

Good posture is an obvious confidence builder, Adams says. “It is literally being open and standing on two feet and standing strong.”

It is a chance to learn new things.
If you are new to Pilates, your brain will reap the benefits of learning new patterns of movement. “Any time you are learning something new that requires sustained effort, you are changing your brain” and increasing your cognitive flexibility, Bishop says.

Some devotees of classic mat-based Pilates do the same exercises —– with names such as the Hundred, the Roll Up and the Roll Over — in the same order in every workout.

But with 500 possible moves that can be performed on several different apparatuses (not only the Reformer, but pieces called the Wunda Chair, the Cadillac and the Ladder Barrel, among others), there’s no need to get into a Pilates rut, says Rebecca Quin, a senior lecturer in dance studies at Appalachian State. With the help of a good instructor, you should be able to keep “building and modifying and changing” your routine over time, benefiting body and brain, she says. “You may think you’ve mastered a move, and then the instructor will say, ‘Now let’s do it upside down and backward.’ ”

It might help you sleep better.
“It has generally been proven that any kind of physical activity helps with regular sleep,” Adams says. But Pilates may be especially good for slumber. In Adams’ research, dance students who practiced Pilates reported better sleep than those who did not, she notes. She speculates that Pilates may engage the body and brain in ways that “help clear our head noise to let us lie down and sleep.” —Kim Painter

Understanding the Impact of Toxic Friendships on Mental Health
January 22, 2023

How To Reboot During Trying Times
January 7, 2023

A Quick Way To Learn From A Difficult Experience
December 21, 2022
Go to Top