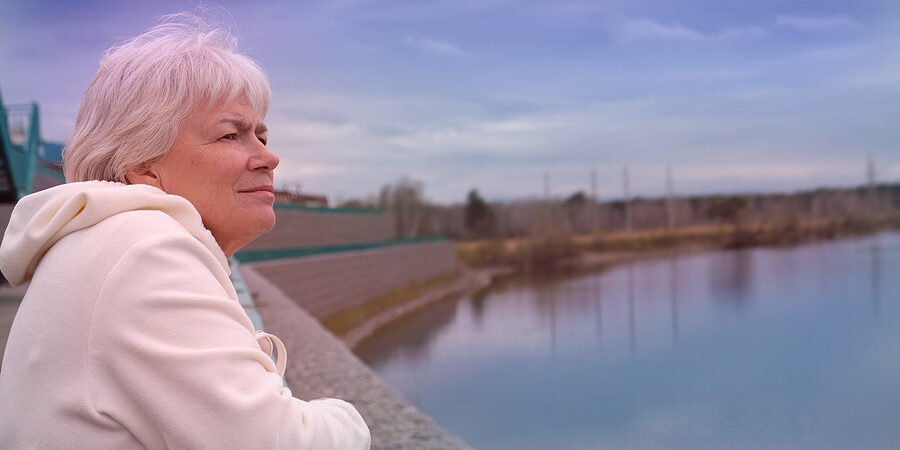 When the calendar rolls over into a new year, many of us feel the need to reflect and reassess, often culminating in resolutions.  I have engaged in this exercise many times.  The resolutions usually don’t last, but the process of examining my life is always helpful.

Now that I am in my late 60’s, though, I am working on something even harder than self-improvement:  getting over myself.  This is an essential lesson for aging well.

I started thinking about this after reading Ezekiel Emanuel’s essay “Why I Hope to Die at 75” (The Atlantic Monthly, 2014). Dr. Emanuel, an oncologist and Vice-Provost at the University of Pennsylvania, provides a well-reasoned argument for why life after the age of 75 is not worth living.

He believes that, while dying is surely a loss, so is living too long.  Old age brings mental and physical decline.  It “robs us of our creativity and ability to contribute to work, society, the world.”  It also transforms how other people see us, relate to us, and remember us.  When we live past our prime, “we are no longer remembered as vibrant and engaged but as feeble, ineffectual, even pathetic.”

When he wrote the article, Dr. Emanuel was 57 and in perfect physical shape.  He had just climbed Mt. Kilimanjaro with his nephews.  By age 75, he believes he will have lived a “complete life”:  education, marriage, children, grandchildren, a successful career, the pursuit of passions and projects, and many achievements and accolades. He will have made all of his contributions to society.  So why stick around for the decline?

A significant influence on Dr. Emanuel’s thinking seems to be his 87-year-old father, a retired physician and academic himself.  His health problems began ten years ago when he had a heart attack and by-pass surgery.  After that, says the younger Emanuel, his father was not the same.  “Suddenly his walking, his talking, his humor got slower. . . . Although he didn’t die from the heart attack, no one would say he is living a vibrant life.”

The elder Emanuel tells his son he is happy, but the younger man can’t imagine how this is possible.  From his perspective, the operation merely extended his father’s dying process, dragging it out over a period of years and subjecting him to the indignities of aging, when he could have made a graceful exit much sooner.

It seems his father’s decline has forced Dr. Emanuel to face his own mortality, and it terrifies him.  He is particularly concerned about maintaining his image.  He wants to be remembered as “active, vigorous, engaged, animated, astute, enthusiastic, funny, warm, loving” and not “stooped and sluggish, forgetful and repetitive, constantly asking ‘What did she say?’”

Clearly, Dr. Emanuel is still full of himself.  A photograph that accompanies the article shows him standing tall, hands on his hips, smiling broadly — the image of a man conquering his world.

Instead of cementing this image, however, Dr. Emanuel might better spend the next few years getting over himself.  As author Tom Rath says, we all must learn this lesson eventually:  “Life is not about you.  It’s about what you do for others.  The faster you are able to get over yourself,  the more you can do for the people who matter most” (It’s Not About You:  A Brief Guide to a Meaningful Life, 2019).

Rath is talking about focusing outward rather than inward.  When we are motivated by our concern for others, rather than by self-perpetuation and self-promotion, we don’t care as much about what other people think of us.

Many people develop this mindset late in life, when they are forced to admit that they are going to die, and the world will continue on without them.  Rath accepted this fact earlier than most, when he was diagnosed at age 16 with a rare genetic mutation that shuts off the body’s tumor suppressor (Von Hippel-Lindau disease) and given 20 years to live.  His grandfather, an enlightened entrepreneur, helped him make the most of his time.

Now 43, Rath has outlived the original prognosis, but he has been plagued by cancers of the kidney, retina, pancreas, neuroendocrine system, adrenal glands and spine.  The years have been filled with CT and MRI scans, surgeries, drug trials and chronic pain.

With mortality always in view, Rath has come to believe there are only two meaningful ways to use our time:  by doing something we know in our hearts is making a positive contribution and by nurturing strong relationships.

We don’t have to do any of this on a grand scale.  In fact, says Rath, “what you put back into the world is built one interaction at a time.  This is why contributions to others typically start small.”

Author Robert Goldfarb would agree with Rath.  At 90, he read Emanuel’s article, and it made him think about what kept him “pressing deeper” into his nineties, despite his many losses. He felt compelled to write an article for Next Avenue, a magazine designed for readers over 50, entitled “Finding Reasons to Stay Alive Past Age 75” (2022).

After the sudden death of his beloved wife of almost 70 years, Goldfarb found himself distraught.  In retrospect, he says there were only two things that gave him the strength to go on:  his family’s love and surprising acts of kindness from friends and strangers.

Goldfarb has concluded that his life will continue to have purpose and meaning if he extends the kindnesses he has received, bringing love and appreciation to every encounter.  Nothing else is needed, and nothing else really matters.

And there’s this, too:  Goldfarb, like Rath, serves as a shining example to his children and all others he meets that “mountains can be climbed even when bearing the heaviest of burdens.”

One of our biggest mountains to climb is the fear of old age.

Based on years of clinical practice, psychiatrist and theologian M. Scott Peck found that whenever resistance to aging is strong, it is a spiritual as well as a psychological problem. “The person is unwilling to suffer the slightest dethronement of his or her ego in submission to any higher power, even when the higher power is merely labeled ‘life’ or ‘reality’” (Denial of the Soul, 1997).

The old habit of seeing ourselves as in control and at the center of things dies hard.

Peck tried to get his patients who feared aging to see that life was not “solely their own show,” and larger forces were at play.  This was an especially hard lesson for patients who carried a lot of pride in themselves and their accomplishments.

But the difficult process of aging is necessary to our development, says Peck. We suffer “little deaths” of all kinds that help prepare us for the final death. They are psychological and emotional, as well as physical and cognitive, and they teach us that we are not in control. This is an “ego defeat” that is necessary for aging and dying well.

“What old age is more about than anything else,” says Peck, “is learning how to accept one’s ever-increasing limits. . . .  We need every skill at our command to cope with them.”

It takes courage and fortitude to take the journey into old age.  On the other side of that mountain of fears, though, is true wisdom, which is surely worth the trek.

Ruth Ray Karpen is a retired English professor who now works as a freelance researcher and writer. She has published many books and articles on aging and old age, life story writing, and retirement. She also volunteers for a local animal shelter. In our series on Heart and Soul, she explores how later life, including the end of life, offers unique opportunities for emotional and spiritual growth.