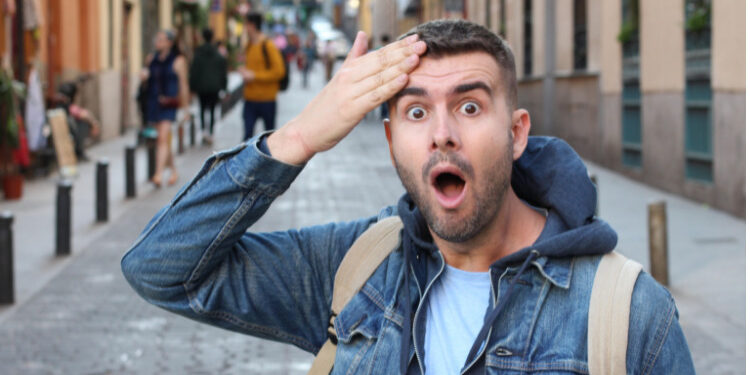 Losing your keys doesn’t necessarily mean you’re losing your mind. Some forgetfulness is just a symptom of being distracted, not a sign of serious cognitive decline.

It’s natural to worry about memory loss and cognitive decline as you age. But getting older isn’t all doom and gloom. “While many of us worry that our minds will not be as sharp or that we will develop a serious memory disorder as we grow older, in fact the science shows that there are steps we can take to keep our minds vital and to reduce our risk for dementia,” says Cynthia R. Green, PhD, assistant clinical professor of psychiatry at the Mount Sinai School of Medicine in New York City and creator of the mental-fitness program Total Brain Health. Also, serious memory loss in people ages 65 to 74 isn’t as common as you might think. About 15 percent of that group are diagnosed with Alzheimer’s disease, according to the Alzheimer’s Association. But Alzheimer’s disease and other dementias do become more common after age 85, affecting approximately one in three seniors in that age group.

Repeat New Names
As is the case with many other scenarios that evoke fears of memory loss, drawing a blank on a new acquaintance’s name is often due to being distracted by the many other things you learn about a person when you first meet. Dr. Green suggests trying several memory-boosting techniques, including repeating the name several times, connecting the name to something or someone you already know, or creating a very short story in your head to give the name special meaning.

Keep Your Keys in the Same Spot
Almost everyone forgets where they put their keys once in a while, but older people may worry that this is a sign of cognitive decline or another senior health issue. In reality, it’s more commonly an issue of not paying attention. When you walk in the door with your hands full, the phone ringing, the dog barking, and so on, it’s easy to get distracted and to drop everything without thinking about it. One memory-boosting tip is to be consistent. “Put your keys in the same location each time so you are practicing this memory,” suggests Jeffrey Cummings, MD, director of the Lou Ruvo Center for Brain Health at the Cleveland Clinic in Las Vegas.

Use Visualization to Locate Your Parking Spot
Forgetting where you parked the car can also make you think you’re experiencing the first signs of dementia. But just as with keys, it’s more often a symptom of not noting the exact location in the first place. Try this the next time you park: “Create an association or a silly visual image that can help jog your memory,” says Jena Kravitz, PsyD, a clinical neuropsychologist at Cedars-Sinai Medical Center in Los Angeles. “For example, if you parked on level 2C, you might create an image of two gigantic cows sitting on top of your car.” Writing down the location or sending yourself a text message are two other ways to help you remember and find where you left your vehicle.

Set Alerts for Your Anniversary
Forgetting birthdays and other special occasions can be a huge source of worry for seniors. Often this may be the result of simply having too many things to remember or being bombarded by too many messages. Highlighting important dates in red on a calendar or in a datebook can help. Another option is using the calendar feature on your computer or cell phone to alert you to these special events.

Create Mnemonic Devices for Important Numbers
Having difficulty remembering things like your license-plate number isn’t just a problem for older adults. Train your brain by learning the number in chunks or by using a mnemonic device. “If you like chunking, you can choose to remember two to three digits at a time,” says Dr. Kravitz. “If you are more creative, you can create a mnemonic. For example, ‘4MNJ532’ could be translated into ‘4 My Neighbor Jen who has 532 cars.'”

Are You Secretly Afraid You’re Getting Alzheimer’s?
July 28, 2022