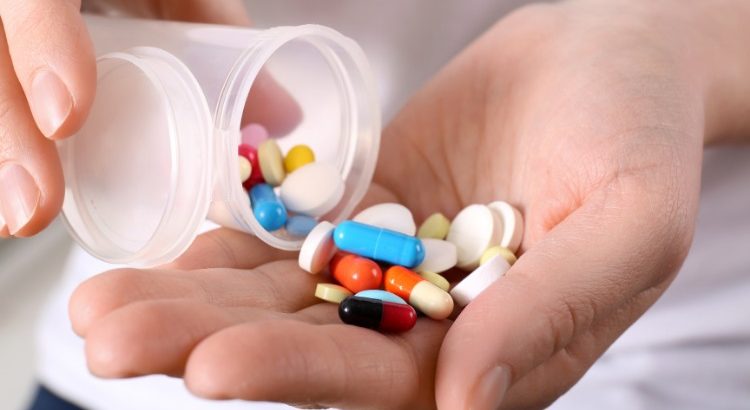 Medication Mistakes You May Be Making

Getting prescribed the right medication from your doctor can mean the difference between feeling run-down or up for anything. The problem is that some people don’t take their medications properly (and in some cases, they don’t take them at all).

It’s estimated that close to half of all patients in the United States don’t take their medications as prescribed by their physicians, according to a study published in The New England Journal of Medicine.

A national 2013 survey sponsored by the National Community Pharmacists Association found that adults over 40 with chronic conditions earned a C+ when it came to taking their drugs properly — and 1 in 7 were given a grade of F.

If you suspect you’re not quite an A student when it comes to taking your prescription drugs, make sure you’re avoiding these common medication mistakes.

(1) Mixing Medication With Certain Foods and Beverages
What you put in your body while on medication matters, so it’s important to talk to your pharmacist or doctor about whether you should take your medicine with food or not. “Food can interfere with the way drugs are absorbed and with the extent and rate at which these drugs get into the bloodstream,” says Shereen Abou-Gharbia, PharmD.

If the drug concentration changes, the medication could be less effective or cause side effects. Since the extent of these food and beverage interactions varies based on an individual’s age, drug dosage, gender, body size, and overall health, check with your doctor about potentially harmful combinations before taking any medication.(2)  Storing Medication Improperly
The bathroom medicine cabinet may need a name change since fluctuating temperatures and humidity levels in bathrooms can render pills less effective. Instead, keep them at room temperature, where they’ll remain dry, and away from direct sunlight. And most importantly, keep them out of a child’s reach, says Abou-Gharbia.

(3)  Forgetting to Read the Inserts
While it can seem labor-intensive to read the lengthy information included with your prescriptions, it’s there for a reason. “It is essential to read drug labels and take them as prescribed to avoid any harmful complications and promote a person’s well-being,” says Abou-Gharbia. If you need a quick translation, ask your pharmacist to summarize key information.

(4)  Not Taking Medication as Directed
Too often, people don’t take their medicine as often as they’re supposed to, or they decide to stop taking it early. “If you’re not taking the medication as prescribed, then you’re probably not going to get the benefit that you and your doctor were looking for,” says Gerardo Moreno, MD, co-director of the MyMeds program at UCLA Health in Los Angeles. Be sure to follow the correct dosage, timing, and any additional instructions to get the most out of your prescription.

(5)  Not Timing Your Medication for Optimal Efficacy
For some medications, when you take them during the day may be important. Some drugs clearly should be taken before bed, such as those intended to help you sleep, according to a study published in December 2019 in the Journal of Biological Rhythms. Long-acting insulin and some statins should also be taken at bedtime.

Other medications are more suited for the morning, including some drugs that treat acid reflux and attention deficit hyperactivity disorder, according to the authors of the study.

Why does it matter? Normally, blood pressure is lowest in the overnight hours, according to Jim Liu, MD, a cardiologist and assistant professor of cardiovascular medicine at the Ohio State University Wexner Medical Center in Columbus. Previous research has shown that patients who do not have this normal dipping pattern had worse overall cardiovascular outcomes, says Dr. Liu. “Therefore, one possible explanation for the results of this study could be that taking blood pressure medications at night would restore a normal dipping overnight blood pressure pattern,” he says.

But this isn’t true for everyone. Dr. Liu says that some blood pressure medications contain diuretics, so taking them right before bedtime could force you to make a few middle-of-the-night trips to the bathroom. The best approach: Talk with your doctor or pharmacist about the best time to take any medications.

(6)  Not Keeping Your Doctor in the Loop
If you’ve seen a specialist or visited the hospital recently, it’s crucial to keep your primary care doctor, who knows your medical history, in the loop to reconcile any medications that may have been prescribed.

(7)  Drinking While on Your Meds
“Alcohol can affect the way your body metabolizes drugs and can lead to increased side effects like nausea, vomiting, sedation, light-headedness, and even serious consequences up to and including death,” says Abou-Gharbia.

The National Institute on Alcohol Abuse and Alcoholism provides a list of many commonly used medicines that interact with alcohol. If you’re going to drink, check with your doctor or pharmacist first.

(8)  Skipping Doses
It goes without saying that it’s best to not skip a dose of medication, but on the off chance that you don’t take the drugs at the right time, you may experience various effects depending on the medication you’re taking. “If you miss a dose of medication, it is important to speak with your doctor or pharmacist to assess the best course of action,” says Abou-Gharbia.

To avoid any confusion, it’s crucial to keep your healthcare provider informed about the different pharmacies you’re using, including the name, location, and phone number. If you’ve seen a specialist or visited the hospital recently, it’s crucial to keep your primary care doctor, who knows your medical history, in the loop so they can reconcile any medications that may have been prescribed.

(10)  Relying Too Heavily on Dr. Google
Will researching your drugs on the internet do more harm than good? The answer is yes and no. While experts agree that it’s important for patients to educate themselves about the medications they’re taking, the internet can be a treasure trove of misinformation. Consulting your doctors and pharmacists about questions or concerns is the best way to stay informed, but if you have to hit the web, use reputable sources. Moreno suggests looking at the manufacturer’s website or the Food and Drug Administration’s website.

(11)  Cutting Corners — and Pills.
“I see a lot of patients who may be running out of medication, are too busy to come in for a refill, or maybe don’t have money for the co-pay start cutting their pills,” explains Moreno.

In some cases, it may be acceptable to split a pill with a pill splitter, according to Harvard Health Publishing. However, medications that are coated to help the formula last longer and time-release medications should not be split. Double-check with your pharmacist or provider before making the cut.