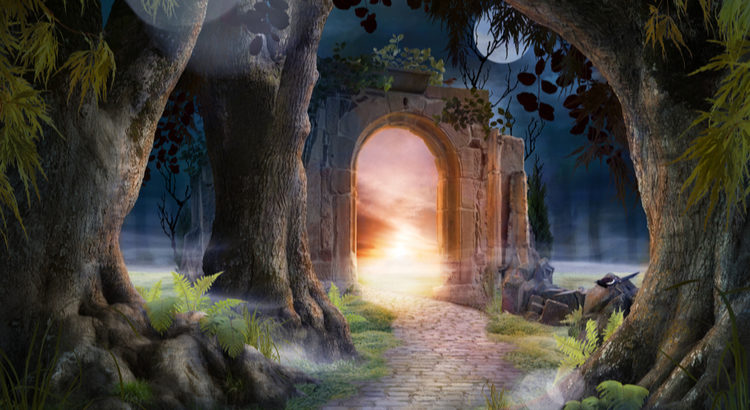 Magic On The Pathway

Standing on an ancient street in Varanasi, India, I watched crowds of people taking their final steps on a once in a lifetime pilgrimage into India’s holiest of Hindu cities. Nearby, the ancient sun rose leaving sparkling diamonds dancing on the waters of the sacred Ganges River.

Originating in Varanasi, Hinduism is the world’s oldest and third largest religion with 1.25 billion followers. Legend says the city was established in 3500 B.C. by Lord Shiva who as part of the Hindu trinity creates, protects, and transforms the universe. Historically the city dates back to the 11th century B.C. In addition, it is believed Buddha founded Buddhism in Varanasi around 528 B.C. Today there are 2,000 temples in Varanasi.

Mark Twain once commented: “Varanasi is older than history, older than tradition, older even than legend, and looks twice as old as all of them put together.”

Varanasi is on the bank of the Ganges River. Ganga Ma—Mother Ganges—is revered as a goddess whose purity cleanses the sins of those who bathe in her waters. Centers of worship are supplemented by funeral pyres on the banks of the river where human ashes are set free on a 1500 mile pathway across northern India. Hindus believe the ashes of the deceased are placed in the Ganges to break the cycle of rebirth and take the soul directly on the pathway to heaven. This concept is called Moksha.

Webster defines a pilgrimage such as the one to Varanasi as a journey where a person goes on a pathway in search of new or expanded meaning about themselves, others, nature, or a higher good, through the experience.  A pilgrimage takes the participant on a path to both external and internal destinations. Magical.

We all take our own pilgrimages.

There are times when our pathway is clear and other times when it is vague, hidden in the shadows.

Alice of Wonderland fame meets up with the Cheshire Puss:

“Cheshire puss,” she began rather timidly, “Would you tell me, please, which way I ought to go from here?”

“That depends a good deal on where you want to get to,” said the cat.

“I don’t much care where…” said Alice.

“Then it doesn’t matter which way you go,” said the cat.

From time to time we all fall into the trap of wondering where to go from here?

Pathway to what, to where? Pleasure, enlightenment, business success….

Within our cultural and personal boundaries we all choose how the days of our lives will be spent. As we age we know there is more life behind us than ahead. There may be moments when you say to yourself “I will not play. I have had enough. I am not interested in moving forward. No more pathways for me. My trail has come to an end.” The truth is, if we do not choose our pathway the choice is made for us by circumstance and others.

Leonardo da Vinci: “Inaction saps the vigor of the mind.”

In our lives we are called to adventure, to seek new horizons. And each time the same question arises: “Do I dare? Do I dare risk getting on a pathway where there are no guarantees?” There are dangers on the road. Not every pathway should be taken. And yet, fulfillment may be around the curve.

Carl Jung: “I have observed that a life directed to an aim is in general better, richer, and healthier than an aimless one, and that it is better to go forward with the stream of time than backward against it.”

In our senior years we are challenged to keep living, growing. Perhaps you, as I, have been surprised by the call to risk, to take the unexplored pathway revealed in old age. To live boldly. To take what Joseph Campbell called one of his books, The Pathway to Bliss. Leaving our comfort zone, while risky, makes us more confident, smarter, happier, and healthier. It strengthens ties to the people we care about.

I wake early, breathe the crisp sweet air of the mountains surrounding Payette Lake in McCall, Idaho. Morning coffee ritual completed, I enter the tall timber of nearby Ponderosa Park. Walking an unfamiliar path I hear the “caw” of the raven, the tap, tap, tapping of a nearby woodpecker, and watch a chipmunk scurry by creating his own new pathway. I sit under a great pine and arrive at a place where the woods have quietly led me. Taking a deep breath, I turn inward.

Like an outward journey, an inward journey is filled with risk. There is harm or health to be found here. There are some pathways we cannot alter but only choose our attitude towards them. However, in many situations we can choose a path of depression or not, resentment or forgiveness, rejection or caring. We can choose an attitude of health or sickness. All such alternatives are available. We choose each day the road we will travel.

Under the old pine tree I recognize life is best lived in process.  Stagnation is never equated with health. Health and fulfillment are found in the movement of life.

We can look back…but life keeps moving. Time demands that. The past can inform our path forward but it cannot be that path. If we stagnate in our thinking, attacking what we don’t agree with, then we are negatively bound to where we are. Walking life’s path brings new insights each day.

In contrast too much action, too many trips, and not enough rest can throw us off balance as we age. Slowing down and resting is crucial to supporting healthy well-being.

“Depends on where you want to be.”

I walk out of the woods knowing old age has arrived and thinking of those who took the long trek to Varanasi. May we all journey on a pathway where we discover new and expanded meaning about ourselves, others, and nature.  For indeed, there is life to explore, magic waiting to be found, on the pathway ahead.