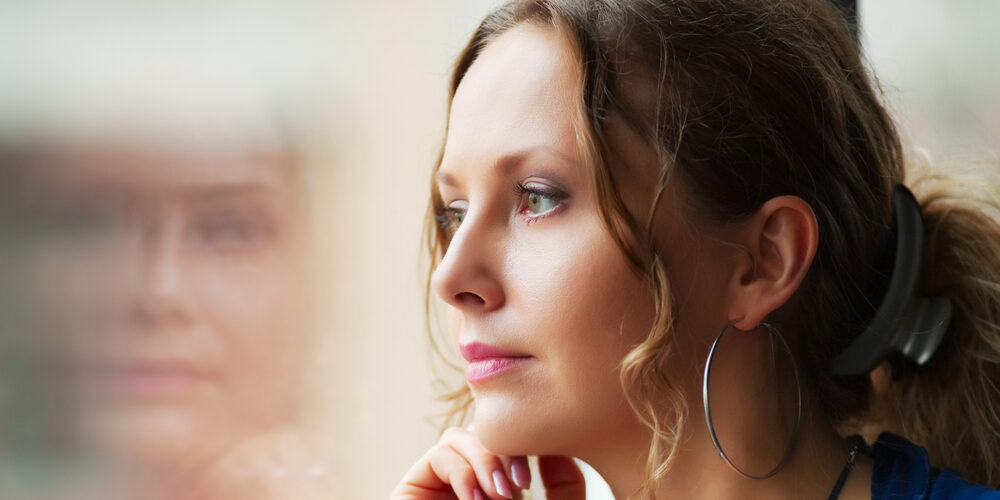 On Facebook the other day, I saw a post which read: “What screws us up most in life is the picture in our head of how it’s supposed to be.”  For decades, I was the world’s best at fabricating this illusory bubble and criticizing myself mercilessly for not measuring up.

Through eighteen years of marriage and for several years of single motherhood after, I tried to live up to the picture I held of a with-it woman who could keep her man happy, use a power drill, edge the yard, and whip up a mouth-watering dinner in a sparkling kitchen resembling an ad on the pages of a magazine while she looked effortlessly fabulous the whole time.  Needless to say, I nor my life ever fit this description – not even close.  After a messy divorce and disastrous post-marriage relationship, I found myself feeling like a miserable failure as a woman and mother.  I was the furthest I’d ever been from my ideal image.

“This isn’t how it’s supposed to be!” I huffed. Eventually, after one insult piled on top of another, my answer to straying so far off of the “should” path was to try to commit suicide, resulting in a serious brain injury and losing custody of my sons.  And, I thought things were bad before?

In the almost six years since the suicide attempt, I’ve evolved to understand that I was causing my own suffering and torturing myself with expectations of what should be.  I’ve come to realize that there is no “should be.”  There is only what is.  I can alleviate almost all pain and suffering by getting rid of the “shoulds” and consciously being accepting and open to whatever unfolds. Many philosophies teach and I’ve found that emotional torment and suffering comes from our attachment to thoughts about what happens, not what actually happens.  Pain originates in the space between our thoughts and reality.

In Loving What Is: Four Questions That Can Change Your Life, Byron Katie explains:

A thought is harmless unless we believe it.  It is not our thoughts, but the attachment to our thoughts, that causes suffering. Thoughts are like the breeze or the leaves on the trees or the raindrops falling.  They appear like that and through inquiry we can make friends with them.  Would you argue with a raindrop?  Raindrops aren’t personal and neither are thoughts.”

Katie advises us to meet our thoughts with understanding and inquiry and proposes that behind every uncomfortable feeling, there’s a thought that’s not true for us.  To change the stressful, uncomfortable feelings, we must understand the original thought causing it rather than looking outside of ourselves at circumstances or people.

After the reflexive “aack!” feeling, my acceptance of what is closes the gap between expectations and reality, ending the pain, and, only then, can I begin contemplating how to make the circumstances work best for me.  While not always possible, I try to eliminate expectations as much as I can and remain open to whatever unfolds.

Behind every uncomfortable feeling, there’s a thought that’s not true for you.

Enlightened individuals, I understand, may never even experience initial alarm and surprise because they are free of expectations.  With a nonchalant shrug, a highly cultivated mind might think “Oh, now this.”  While I’m not anywhere near there yet, I’m much closer than I used to be. I find it helpful to remind myself that, just because events cause me pain or aren’t what I expected or wanted, that doesn’t mean that whatever’s happening isn’t in my highest good or can’t turn out OK or for the best even in the end.

So many times, circumstances, which I pegged as dubious, at first, turned out to be just fine when all was said and done.  From experience, I’ve learned not to even begin to presume that I know what’s “best” in any situation.  What we like, want, and think we need isn’t always going to provide growth or even get us to our goal, oftentimes.  By trying to force a certain outcome, I limit many other possibilities which could be awesome and bring what I was seeking in the first place (happiness, love).

Life gets infinitely easier when I remain open without expectations.