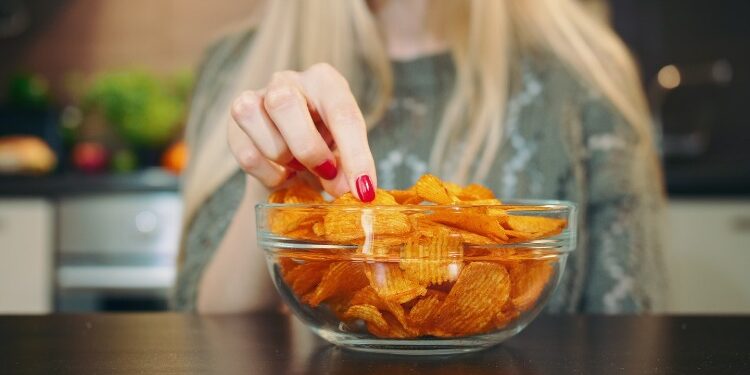 Welcome to the club! Whether we like it or not, we all have our fair share of bad habits. Simply defined, a “habit” is an acquired pattern of behavior regularly followed until it becomes almost involuntary. We can have “good” habits, which include exercising, eating healthy food and sleeping eight hours a day, or “bad” habits, such as watching too much television, nail-biting or smoking cigarettes. Because of the constant repetition to our brain, habits can be hard to break, especially when they are attached to some sort of satisfaction or psychological reward.

How can bad habits be broken?
Breaking a bad habit requires disrupting or changing the corresponding trigger and pattern of behavior associated with it. Usually, a clear trigger starts the pattern. The trigger can be emotional: stress results in smoking cigarettes, binge-eating or bite nail-biting. Or it can be situational/environmental: partying with friends results in drinking too much alcohol, getting rowdy, staying up too late. When these negative behaviors become a regular routine, it’s time to take a step back and start making some positive changes.

Do you have a habit you want to break? Here’s how! Take just ONE habit and start working through these strategies for success.

First make a list. What habits would you like to break over the next six months? Prune your list to 2 or 3 habits and determine the one that is your greatest priority.

Choose ONE habit and make a commitment to take each step until you are satisfied with the results. Here’s an example of how to go about it.

Pam loves potato chips and eats a big bag while she watches television at night. She understands that the chips are high in calories and salt content. Unfortunately for Pam, she is 30 pounds overweight and has high blood pressure. Her doctor has warned her to lose weight and reduce her salt intake.

1. Train yourself to think negatively about your habit. Even when you know that a habit is bad, you can find all sorts of justifications for doing it. Think about what your justifications might be and start eliminating any positive thoughts about your destructive habit.

For training purposes, she must shift her focus from the yummy taste to all the reasons she shouldn’t eat chips: 1) the taste isn’t worth being overweight and unhealthy; 2) eating potato chips doesn’t really satisfy her hunger; 3) she hates herself after she finishes her bag; 4) she doesn’t like what she sees in the mirror.

2. Identify your habit’s triggers. What patterns of behavior, situations or routines trigger your bad habit? They aren’t always simple to define, especially emotional triggers. But by identifying your triggers, you can begin to control your habit when it goes on auto-pilot.

Pam’s triggers are having a bag of potato chips available and watching television at night. Pam eats potato chips without thinking much about what she’s doing, because it’s simply part of her nightly routine.

3. Develop a plan to disrupt or break your pattern of behavior.  Breaking a habit takes concentrated effort and planning. It consists of substitutions: eliminating a bad behavior for a more positive one. As you create your action plan, address what substitutions will work best for you.

Pam understands that she can’t eat just one potato chip. For her action plan, she decides to keep eating while she watches television, but to substitute lower–calorie and salt–reduced foods, such as sliced apples, for potato chips. As part of her plan, she will explore which substitutes fit her health-improvement criteria and are the most satisfying.

4. Implement your plan with slow and deliberate intent. Establishing new and better habits takes both time and energy, and breaking old habits may prove to be even more difficult. Being patient will be the key to your success. In some situations, you may be wise to completely substitute a new habit for the old one. In other cases, you may want to focus on baby steps, gradually making the necessary adjustments. Whatever you do, be sure that it makes sense for you.

Since Pam is unable to eat just one chip, she decided to eliminate all temptations – hence no potato chips. Someone else might be able to handle gradually eating smaller portions of potato chips (i.e. a small bag instead of a large one) until the habit is broken.

5. Monitor your progress. As you go through the process of breaking your bad habit, be prepared for setbacks. When you have a bad day and relapse, don’t beat yourself up. Understand why you got off track, regroup and get back on track. In some cases, you may require professional help from a physician, counselor or specialized support group such as Weight Watchers or Alcoholic Anonymous (A.A.). As you work through the process, it will get easier.

Following this process, Pam was able to break her bad habit of eating a big bag of potato chips every night. However, this habit was merely a symptom of a greater problem: food addiction/overeating. Using baby steps, Pam is gradually eating fewer and smaller portions of food each day and changing the types of foods she eats. She actively attends a support group that focuses on developing healthy eating habits, and she goes to the gym for an exercise class at least three times a week. Pam is now losing weight and feeling better about her health and well-being. By letting go of one bad habit, Pam was inspired to keep moving forward toward achieving better overall health.

Patricia K. Flanigan has worked in higher education for over 28 years. She holds a doctoral degree in Organizational Leadership from the University of La Verne as well as a M.A.  in Latin American Studies and B.A. in Anthropology from the University of California, Los Angeles. Before retiring and moving to Idaho in 2015, she served as the dean of online education and learning resources at a large community college in Southern California. She currently consults in higher education, volunteers for AARP, writes for a local magazine, and serves as an Affiliate Faculty member at Boise State University.  Since February 2017, she has been the founding director for Smart Strategies for Successful Living, a community-based website designed to promote quality aging.  As an educator, her focus is to inspire others to live and age well.

How to Carve A Pathway For Personal Growth
September 21, 2022