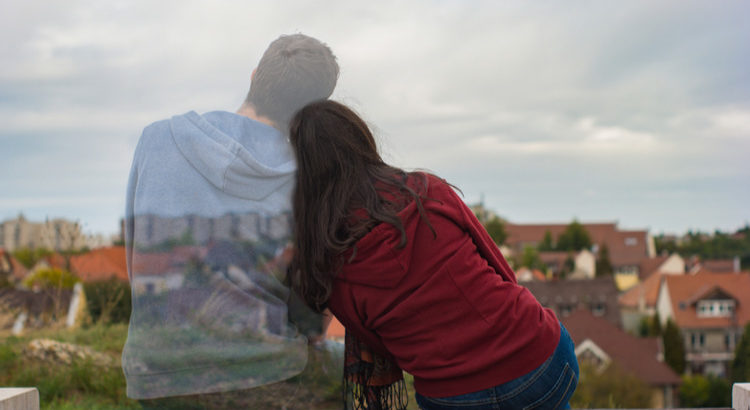 It’s Never Too Late for An Imaginary Friend

Many children have imaginary friends, but did you know that some adults do, too?  And we experience many of the same pleasures and benefits as children do.

Childhood Friends
Research findings vary, but a 2004 study in the United Kingdom found that as many as 65% of 7-year-olds had an imaginary friend (“Why Kids Invent Imaginary Friends,” Atlantic, 2019).  They occur world-wide and among children of all ages, although the prime time is between the ages of 3 and 11.  They might be completely made-up or based on a toy or other object in the form of a human, animal or fantasy creature.

Imaginary friends are a normal and even beneficial part of child development.  Psychologists say they help children cope with periods of adversity, transition and loneliness, as well as the stressors of everyday life.  Recently, child psychologists have reported an increase in imaginary friends during the COVID-19 pandemic (“Imaginary Friends Help Children Cope with Isolation,” Psychology Today, 2021).

Besides their psychological benefits, imaginary friends are a unique expression of a child’s creativity and personality.  And they’re fun!

Many of us fell in love with Calvin and Hobbes, an American comic strip that ran from 1985-1995, which is based on a boy and his imaginary friend.  Calvin is a precocious 6-year-old, an only child, whose best friend is Hobbes, a stuffed tiger who comes to life when they are together.  The two share a rich fantasy life and many adventures, as well as a deep and meaningful relationship.

Although he can’t spell and is terrible at basic math, Hobbes is smarter and wiser than Calvin.  He is more rational and aware of consequences, while Calvin is emotional and impulsive.  Hobbes is like an older brother, but with tiger qualities (he likes to stalk and pounce on Calvin).

Creator Bill Waterson once said that Hobbes (named after the philosopher Thomas Hobbes) offers Calvin different perspectives from which to view the world, as well as his own thoughts and feelings.  Hobbes did that for us readers, too.

Adult Friends
There has been very little research on imaginary friends in adulthood, but they exist, though in much smaller numbers.

A study by researchers at the University of Durham in the United Kingdom, published in Frontiers in Psychology (2019), provides some of the first scientific evidence of ICs or imaginary companions (scientists’ preferred term) in adults.  Over seven percent of the people surveyed said they had interacted with an IC as an adult.  That number rose to 13.8 percent among those who remembered having an IC as a child.

Just to be clear, these respondents are talking about invisible friends whom they have created themselves and whose voices and lives they control with their imaginations, just as children do with theirs.  They are positive, helpful and entertaining.  This is different from hallucinations that appear unbidden, as in the case of schizophrenia, or the various “selves” that emerge and are treated as real in the case of multiple-personality disorder.

Many famous people have had imaginary companions. Researcher Jeremy Sherman notes that Machiavelli and Newton regularly communicated with their deceased predecessors, who gave them advice and inspiration (“Adults Have Imaginary Friends, Too,” Psychology Today, 2013).  In the early 1800’s, the Bronte sisters, all of whom grew up to be novelists, created detailed fantasy kingdoms populated with various characters during their childhood.  They continued to engage with their creations well into adulthood.  Researchers call these fantasy worlds “paracosms” and consider them a sign of a high intelligence.

Even movie starts sometimes seek out imaginary companions.  Actor Jennifer Aniston apparently meets regularly with a group of other women in a “goddess circle” that conjures up mystical figures from whom they gain insight and wisdom.

One of my favorite imaginary friends in literature and film is Harvey, the six-foot-three-and-a-half-inch-tall rabbit in the 1944 play and the 1950 movie of the same name.  Harvey is the best friend of Elwood P. Dowd, a kind, mild-mannered man who includes Harvey in all his social activities.  They spend a great deal of time together hanging out in bars, much to the dismay of Elwood’s uptight sister Veta, who is embarrassed by her brother and tries to have him committed to a sanitarium.

Elwood describes Harvey as a “pooka,” which is a benign but mischievous creature from Celtic mythology with magical powers.  He can stop time and send anyone to any destination for as long as they wish, which is very useful to Elwood, who chafes against the constraints of “polite” society.

Through a series of comic misadventures, Veta realizes that Elwood is probably happier than most “normal” people and comes to accept Harvey.  She even begins to think that maybe she can see him, too.

My Imaginary Friends
I had imaginary friends myself as a child, but only with my real best friend Renee.  In the third grade, we created four characters whose voices and personalities we would assume as a form of play.

Leela and Lila were sisters modeled after our very prim and proper third grade teacher.  They were very well-behaved, spoke with perfect grammar, and shared a large vocabulary.  Daisy Klutz and Clara Calamity were country cousins who were just the opposite.  They were terrible students who got into a lot of mischief.  They were also joyful and uninhibited, and we had a lot of fun being with them and talking like them.

Now as an older adult, I once again have an imaginary friend, created by my husband Tim and shared only with me.

“Jerry” is our invisible pet crow.  He has the characteristics of a crow (he is highly intelligent and curious, with great communication skills), but he also has human qualities (he has many friends and interests and a complex emotional life).  We consider him a good friend, but he is also childlike and sometimes requires direction and discipline.  Tim often parents Jerry, while I mostly hang out with him.

I’m not sure when Jerry appeared in Tim’s imagination, but he has been with us for about eight years now and is part of the family, along with our two orange tabby cats, who are real.

Jerry is an alter ego.  He gets to do all kinds of things that we don’t.  He eats fast food, ice cream and sweets at any time of the day or night.  For breakfast, he likes two donuts or a giant cinnamon roll.  He avoids household chores and naps frequently.  He’s also an extrovert who sings and dances, makes friends easily and approaches life with pleasure and abandon.

Jerry is always a source of amusement, and now we can’t imagine life without him.

When Something Imaginary Becomes Real
There’s an old children’s book called The Velveteen Rabbit, first published in 1922, about a stuffed rabbit who wants to become “real.”  The oldest toy in the closet, the Skin Horse, tells him that, with time and the magic of the playroom, this can happen, and he explains what it means:

“Real isn’t how you are made.  It’s a thing that happens to you when a child loves you for a long, long time, not just to play with, but REALLY loves you.  Then you become Real.”

This is how Hobbes became real to Calvin, and to readers world-wide.  This is how Jerry has become real to us.  We love him, and we love each other through him.

Friends like Hobbes, Harvey and Jerry can bring out the best in us, if we let them.

All it takes is a little imagination.