Smart Strategies for Successful Living > Community Blog > Lifestyle > I Like to Travel; I Just Don’t Like Traveling

I was having a conversation with a close girlfriend, and as it often does, the topic turned to the status of our love lives. She had mentioned that she had met a man online and that there was a lot of potential there. He seemed smart, funny and his photo was handsome (but not in that awkwardly hot kind of way). They had had some lovely emails and some great get to know you phone calls. Now one thing you need to know about my friend, Lara, is that she has an incurable case of wanderlust. Traveling for her is not one of those things that you do once a year to decompress from a hectic corporate 9 to 5. For her, it is a part of her soul. She is one of those engaging people that genuinely loves to experience different cultures and the people that go along with them. Traveling is a huge part of who she is. Now when I say traveling, I don’t just mean first class flights and stays at the Four Seasons. I mean bus rides through Central America and a dive bar beer with a fishing guide, kind of traveling. When her potential new suitor made the comment to her, “I like to travel, I just don’t enjoy the traveling part”, it was a deal breaker.

Sure, airport layovers can be stressful, or possibly expensive, but does that mean that the actual act of traveling is only a means to an end? Is traveling something you must endure to be able to enjoy your well-deserved R&R? Or can it be more than that? Is traveling all a part of the same great adventure as the vacation itself? 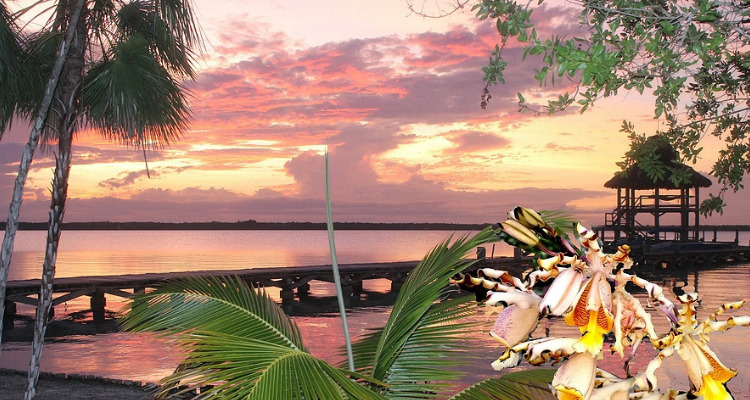 Years ago, on my first trip to Belize, my dad and I were staying at a resort on the western border, set deep in the jungle. The week had been spent canoeing through the jungle, having a beer in the hammock with odd jungle noises in the background, and relaxing on the veranda overlooking the treetops.

We had finished up an amazing week and were now waiting for transportation back to Belize City where we would take a puddle jumper to one of the outlying Cayes. We were waiting out by the parking area, and waiting, and waiting some more. After checking with the front desk that our ride indeed was coming, up pulled what looked to be a Chevy Suburban from the mid-1970s. I’m not sure if it was the duct tape or the rope holding down the hood that was scarier. After he pulled into the parking area dad and I gave each other a very wary and suspicious glance. Then the beast stalled. Oh, boy! We sat on a bench at the end of the lawn and watched a couple of guys tinker under the hood. Honestly, no one looked that confident in what they were doing. I was worried that we were going to miss our puddle jumper and dad was worried we would burst into flames in what looked like a death trap on four bald tires. We both looked stressed.

As we sat there one of the hotel staff brought over two very cold Belikins (the beer of Belize). He said, “Don’t worry, everything will work out just fine”. And then it occurred to me, other than the questionable mechanical skills of the men inspecting the Suburban, seriously what could go all that wrong? If we missed the flight, would it be the end of the world? Shucks, we might have to spend a little more time in a lush jungle listening to the sound of hummingbird’s whizz by. Oh, no, would I have to view yet another one of those iridescent Blue Morpho Butterflies?  Or worst-case scenario, I would have to have another cold beer next to my dad and, dare I say it, bond.

As this epiphany came to the both of us, the Suburban came to life. There was a bit of coughing and gagging from the engine and a poof of black smoke billowed from deep inside her, but we were soon on our way. As we drove east toward the city our driver regaled us with stories. One of which was how he was in the Olympics many years ago for track and field events. “I was the fastest man in Belize,” he said. Judging by the speed he pushed those bald tires, I would say that he still is. He pointed out the Brahman cows along the roadside and told us of their extreme tolerance to heat, thus their popularity in Belize. He told of when TV first came to Belize, WGN was one of the first stations, explaining why most people in Belize are Cubs fans.

That two-hour adventure was one of the most memorable parts of our two weeks in Belize. Sure, there were more luxurious parts, cleaner parts, and definitely safer parts of the trip. But fifteen years later, when Dad and I reminisce about that trip together, the story of the busted-up Suburban always comes up in the conversation.  The retelling of that story always includes laughter, grand hand gestures and many adjectives for our rusty chariot that hauled ass to Belize City.

So, while yes, there may be times in your travels that are inconvenient, expensive, and even exhausting. They are also potential for adventure, fun, and memories.

Jennifer Sharp is a photographer and writer based out of the Boise area.  She is an avid traveler and often uses it to inspire both her images and written work.  For more information, please visit her at:  CLICK HERE.