How To Be Your Own Best Friend 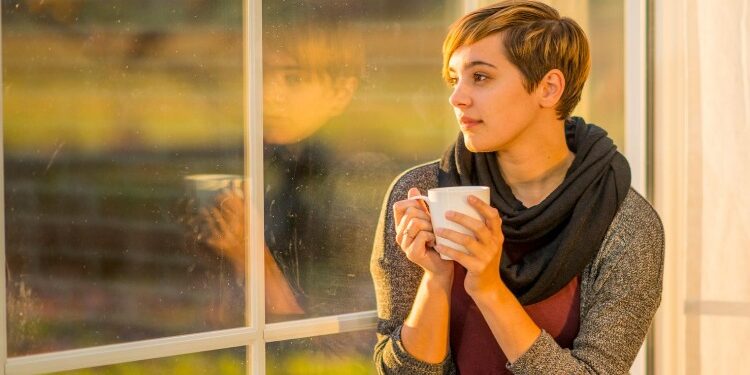 You look around one day only to realize that you’re playing a part you’ve locked yourself into – a role that is made up of everybody else’s expectations of you.

It doesn’t fit anymore if it ever did.

The you that the world knows is not really who you are, but you feel trapped and powerless to do anything about it.

I Was My Own Worst Enemy
I did all the “right” things that I learned I was supposed to do.

In high school, I scored good grades, was a varsity cheerleader, and dated the “most popular and best looking” guy. (This was back when they actually voted those inane titles which made all of us not elected feel like crap.) That’s how you reached happiness and success I had been conditioned.

Four years later, I graduated from college with honors and a business degree. Immediately after that, I married the Mr. Popular and began perfecting the part of the supportive, subservient wife. Whether I knew it or not, I’d been preparing for that one all of my life. During the marriage, I had two beautiful sons and eased right into the role of the doting, volunteer-at-school-every-week Mom.

In August of 2000, after eleven relocations (often to different states), taking care of my brother for two years as he died of AIDs, two miscarriages, and fifteen years of an emotionally unhealthy marriage, I found myself in an expensive home in Florida with marble floors, a laundry chute, a swimming pool in the back yard, and a Porsche in the three car garage. By this time, I was a stay-at-home mom, a corporate widow, a professional mover, and one angry, unhappy woman.

Four years later, the husband moved to one side of the country and the kids and I moved to the other. Fighting over every detail, the ex and I engaged in an ugly divorce that drug on for years in the court system and took a huge emotional toll.

By 2007, I didn’t have the slightest idea who I was or why I was here and was more lost, miserable, and hopeless than ever. In a pill popping stunt, I tried to commit suicide and gave myself a serious brain injury. The ex immediately sued me for custody of our sons, won, and promptly moved out-of-state with them.

How did I end up here? I’d done all the things I was supposed to do, hadn’t I?

Decades later, I realize that the single most important thing I was never taught to do and did not do was to be a friend to myself.

Forgiving and Learning to Love Myself
I didn’t like myself before the suicide attempt without a good reason, but now I had a very valid reason. (Not that there ever really is a “good” reason.) I was disgusted and furious that I was seriously brain injured and that I had DONE IT TO MYSELF!

If someone else had intentionally hurt me in this way, it would have been a crime. Why was it OK for me to do it to myself?

It wasn’t, I realized.

I began reading and practicing forgiveness meditations and exercises to offer compassion to myself for the first time in my life. Slowly, I began to forgive myself for my damaging behavior in the past. Little by little I began to feel lighter and happier.  It was as if I was setting down weights that I didn’t even know I’d been lugging around.

I also realized that I’d been torturing myself with my own thoughts for decades. I had been replaying the painful scenes of my past over and over in my head every day. Yes, they really did happen. No denying that. But they were in the past. They could stay there.

If I was torturing myself, I could stop it.

With determination, hard work, and discipline every day, for years, accompanied by lots of reading, self-examination, counseling, doing things differently, and the miracle of neuroplasticity, I slowly emerged from the mess I’d made of my life, like a phoenix. With the brain injury, I had to focus on myself and put all of my energy into my physical, mental, and emotional rehabilitation. I absolutely had to in order to recover.

The injury taught me how to be kind to and take care of myself.

In the decade since the suicide attempt, I’ve come to understand that our mental health is really a reflection of our relationship with ourselves. It’s about how we talk to and treat ourselves. The relationship you have with yourself ultimately shapes your life and even your physical brain.

How To Be Your Own Friend
What you say and think to yourself can help you or hurt you.

You can support, encourage, and reassure yourself with your self-talk or you can contribute to the downward spiral of depression and anxiety. Your repetitive thoughts actually change your brain connections and patterns to create more of the same. It’s a feedback loop.

You have to become aware of and work with your inner voice to help it help you find happiness and success – whatever that means to you.

I just recently encountered a charming little book, Self by Dawn Sinclair and Bahia Makhoul, which in a very simple, child-like verses deals with the issue of holding onto the real you and honoring her. The book speaks to a “she” but is applicable to us all.

Here’s some of Self’s beautiful wisdom on how to be your own friend, be kind, and be yourself.

Better than anyone, she knows your hopes and dreams, so don’t let her go.
Don’t let the “shoulds” of society, your spouse, your boss or anyone else drown out or bury your inner voice.

When you have a bad day and feel confused about how to make it better, she has the answer. So don’t let her go.
You have got to be your own friend and supporter.  When you make friends with your own mind, life gets easier.

As you grow, you may find others on your path who would like to forget her.  But don’t let her go.
You teach people how to treat you. Don’t teach anyone that your voice is not important by disregarding it yourself.

For you to be the best you can be, she has to stay with you. So don’t let her go.
That “something” that’s missing in your life could be your own self-love. Tue happiness lies in accepting yourself.

Do you want to find her? Sit. Quiet now. Listen. Be patient. She’s there.
Learn to slow down and take some me time to nurture you. Get quiet enough to hear your inner voice. Meditate.

Self is beautiful authentic honest and unique. She is who you are, when you are your truest self.
When you don’t like yourself, everything suffers and depression and anxiety often develop. Making friends with yourself and your mind is freeing and puts you on the path to an authentic, happy life.

Understanding the Impact of Toxic Friendships on Mental Health
January 22, 2023

How To Reboot During Trying Times
January 7, 2023

A Quick Way To Learn From A Difficult Experience
December 21, 2022
Go to Top