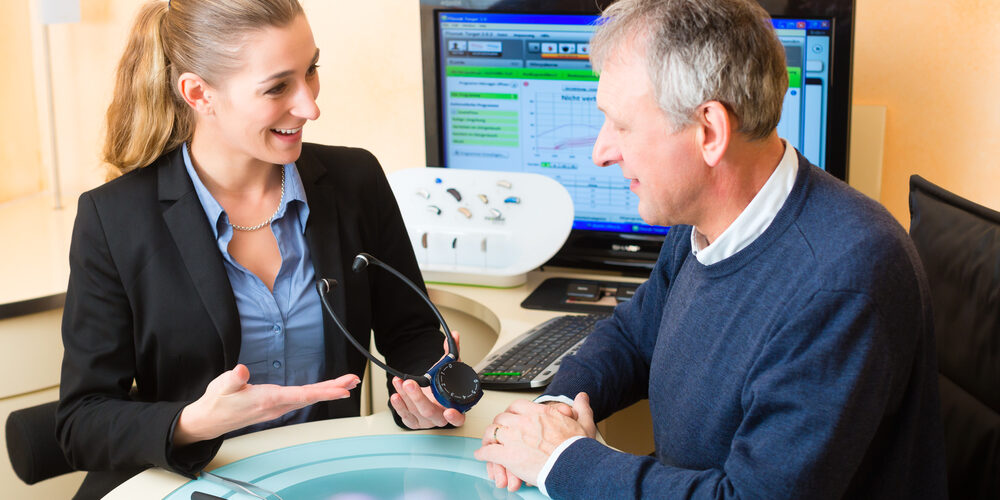 Hearing loss is America’s silent epidemic. It can have a more negative impact on the quality of life than obesity, diabetes, strokes or even cancer. Yet according to an AARP survey, more people report having gotten colonoscopies than hearing tests.

Hearing loss is associated with an increased risk of dementia, falls and depression. It is also a serious contributing factor to social isolation and loneliness, and has been linked to poorer job performance and lower salaries, as well.

Why are people so reluctant to get their hearing checked or to treat hearing disorders? Because unlike many serious and potentially fatal ailments, hearing loss carries with it the stigma of being old. It’s true that hearing diminishes with age. Nearly 30 percent of people in their 50s suffer from hearing loss. For people in their 60s, it’s 45 percent. And for those in their 70s, more than two-thirds have significant hearing loss.

But it doesn’t only affect older people. The World Health Organization estimates that 1.1 billion teenagers and young adults are at risk of hearing loss. And that number is increasing. Boomers had their rock concerts, and millennials have their earbuds. So the impact of hearing damage will likely grow.

Because of the stigma of hearing loss, the average older adult waits seven to 10 years to get a hearing device. Moreover, only 20 to 30 percent of all adults who could benefit from a hearing solution end up getting one. This only makes the problem worse because the longer a person has uncorrected hearing loss, the greater the risk to the brain of losing the ability to translate the sound of someone talking into comprehensible speech.

The good news is that hearing loss is a solvable health issue. When Medicare was passed in 1965, the assumption was that hearing loss was an inevitable part of the normal aging process, so hearing aids and associated services were excluded from coverage. This is very difficult to change legislatively. But the National Academies of Sciences, Engineering, and Medicine has recommended regulatory changes to make hearing solutions more accessible and affordable, and similar proposals were made by the President’s Council of Advisors on Science and Technology in 2015. Last year Congress passed legislation requiring the Food and Drug Administration to regulate over-the-counter hearing aids within three years.

We have also seen in recent years a rapid growth and increased interest among consumer-electronics companies (from small start-ups to global giants like Apple, Samsung and Bose) in the development of devices that are suited to a wide variety of hearing deficits and a broad range of lifestyle preferences.

At AARP, as part of our effort to disrupt aging, we’re working to end the ageist stigma of hearing loss and use of hearing aids and other devices. We’re advocating for better access and more affordable coverage of hearing testing and devices. We’re working with companies to spark innovative hearing solutions, and we’re providing consumers with information, guides and other tools to help raise awareness of this serious issue and to help them navigate their way through the advances in technology and their understanding of how hearing loss affects their lives.

By addressing the issues associated with hearing loss, both individually and as a society, we have so much to gain — better social connections, better health and a better life. Let’s end America’s silent epidemic.