Give Thanks For Your Pets 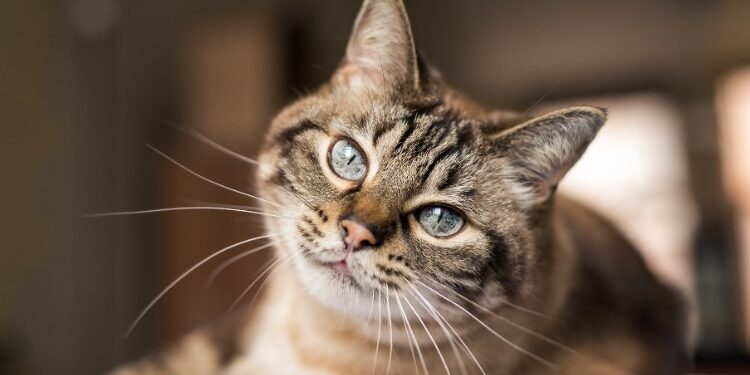 Spiritual author Eckhart Tolle once said, “I have lived with many Zen masters, all of them cats.” He later explained that animals of all kinds can be spiritual teachers, but our own pets may be the most effective.

Why Zen?
“Zen” is the Japanese pronunciation of the Chinese “Ch’an,” which means meditation.  In Western cultures, the word “Zen” is often used to describe a state of calm attentiveness and a feeling of oneness with the Universe.

Zen Buddhism is a spiritual practice that seeks direct experience of the Divine through meditation, rather than through scripture, doctrine or ritual.

Although it is practiced differently across Eastern cultures – Chinese, Japanese, Vietnamese, Korean, Tibetan – and across various schools and teaching lineages, all Buddhists look to Zen masters or “spiritual adepts” for teaching and leadership.

These great teachers spend their lives mastering two basic principles:  living in the present moment (what Tolle calls realizing “the power of Now”) and doing so with full attention and alertness (what Buddhists call “mindfulness.”)

The Zen of Pets
Our pets intuitively understand these principles. They always live in the now. They do not dwell on the past or project their thoughts into the future.  They have no opinion of themselves and exist in a perpetual state of being rather than thinking or doing. As writer Leonard Michaels said, “A cat is content to be a cat” (A Cat, 1995).

Animals are therefore excellent role models for living happily. Tolle co-authored a book on this subject with illustrator Patrick McDonnel, creator of the Mutts comic strip, called Guardians of Being:  Spiritual Teachings from our Dogs and Cats (2009).

They say that our pets regularly pull us out of the “prison” of our minds — out of “when,” “if” and “then” – back into the here and now, “which is where the animal lives all the time – surrendered to life.” They believe this is “why the dog is so joyful and why the cat purrs.”

Cat Teachers
I hadn’t thought much about animals as spiritual teachers until I started volunteering at a cat shelter. Over the past year, I have met several cats, often with physical deformities, who inspired me, and I use that word intentionally. To “inspire” means to infuse with breath or spirit, to enliven spiritually and emotionally.

When I encountered one of these cats for the first time, I was reminded of those Buddhist principles.

One morning, I entered a room to clean it. (This is a no-cage shelter where cats freely circulate in a room that allows at least 18 square feet per cat).  It was spring, and the room was full of kittens, all running and jumping except for one skinny grey and white tabby splayed out on the cement floor, squirming and flopping. I immediately backed out the door and marched over to the veterinarian on duty.

“Are you aware that there’s a kitten in Room 13 who can’t stand or walk?” I asked, thinking that it might have been injured during the night.

“Yes,” she said. “That’s Donna.  She has cerebellar hypoplasia and has been disabled since birth. Don’t feel sorry for her. It’s all she’s ever known.”

I went back and cleaned the room, stepping gingerly around Donna and the other kittens, some of whom chased and chewed on Donna’s tail.  She didn’t seem to mind.  She was not crying, meowing or suffering in any way.  She had no opinion about her “disability” and was living in the moment.

I was the one comparing Donna to all the “normal” kittens and feeling bad about her future prospects.  Instead of projecting my feelings onto her, I needed to accept the situation exactly as it was. As Tolle says, “The key to transformation is to make friends with this moment. What form it takes doesn’t matter. Say yes to it. Allow it.  Be with it” (The Power of Now: A Guide to Spiritual Enlightenment, 2004).

Everyone at the shelter came to love Donna, who was very loving and affectionate. It took six weeks to find the right adopters, but the perfect family finally took her home. A woman and her son had done a great deal of research on cerebellar hypoplasia and were willing to provide the care she needed to flourish. As she grew, they taught her to use a prosthetic device on wheels that allowed her to move more freely.

There were other teachers, too, like Vesna and Tonka, white Siamese sisters born with a condition called eyelid agenesis. Both were missing a portion of their eyelids, which meant that fur grew directly into their eyes. From the beginning, they experienced terrible irritation. Their care at the shelter involved several operations, supported by donations from the community. Some irreversible damage had already been done, and each sister lost one eye, while the remaining eye was operated on to create a functional eyelid.

Over time, Vesna and Tonka each gained the vision back in their remaining eye. When I met them, they were eight months old and almost completely healed.  Gentle and affectionate, they purred loudly and crawled all over me, nuzzling my face and licking my arms, when I cleaned their room. They ran and chased each other, batted toys around the room, watched birds on the patio, jumped and hung fearlessly from the tallest cat tree.

I learned a lot about resilience from these girls. Because they had no self-concept, no sense of their past troubles or how their lives were “supposed” to be, they were free to be exactly as they are. They were joyful, and they made me feel joyful.

Tolle explains this animal-human connection, which may be particularly strong with special needs animals. “Their essence—their Being—is not covered up by the mind, as it is in most humans. And whenever you feel that essence in another, you also feel it in yourself” (Guardians of Being).

Give Thanks
So, I say give thanks for your pets. They are true blessings. In fact, some people think of their cats and dogs as fellow travelers on the spiritual path.

I know this because of the number of books, articles, YouTube videos and blogs about including pets in your daily spiritual practice. Consider, for example, James Jacobson’s How to Meditate with Your Dog (2010), Dawn Allen’s The Art of Meditating with Your Cat (2020) and the New York Times article, “How to be Mindful with your Cat” (2016).

I haven’t tried meditating with my two orange tabby cats, whom I adopted earlier this year from the shelter, but they might enjoy it. They already like to weave around my arms and legs when I do yoga poses.

Perhaps they are saying “Namasté,” which means “I bow to you” or “the spirit in me honors the spirit in you.”

Now that I think of it, I should be saying Namasté to them.

Ruth Ray Karpen is a researcher, writer and retired English professor. She has published many books and articles on aging and old age, life story writing, and retirement. (See Beyond Nostalgia: Aging and Lifestory Writing, 2000 and Endnotes: An Intimate Look at the End of Life, 2008).  Most recently, as a hospice volunteer whose 100-year-old mother is a hospice patient, she has been exploring the meaning of death and dying. In our series on “Heart and Soul,” she will consider how later life, including the end of life, offers unique opportunities for emotional and spiritual growth.