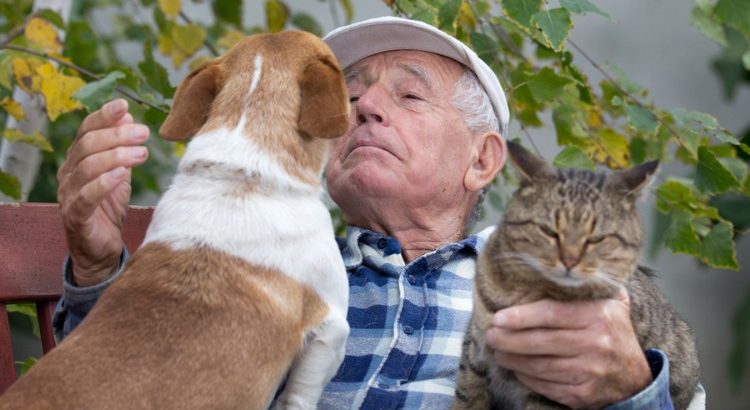 For The Love Of Animals

Experts agree that to take good care of others, you must first take good care of yourself.  I have a research-based recommendation for anyone who wants to get healthier and make the world a better place:  adopt a homeless animal!

Pets are Good for You
Most people know that having a pet is a good thing.  According to recent surveys, 67% of U.S. households – approximately 85 million families — own at least one pet.  The Centers for Disease Control report that owning a pet benefits us physically and emotionally.  Pet owners experience decreased blood pressure and lower levels of cholesterol and triglycerides, as well as less loneliness, depression and anxiety.

Health care professionals are well aware of these benefits.  In one study, 60% of the doctors surveyed said they prescribe pet adoption for their patients, and 97% said they believe pet ownership can improve patients’ health.  In an effort to gain scientific data on this phenomenon, for the past 10 years the National Institute of Health has funded research on the human-animal relationship.

Why we benefit from taking care of animals is not as widely known, but it has something to do with the biochemistry of bonding.

Getting Attached
Although not everyone bonds with their pets, and some people form unhealthy bonds, the majority of us develop what psychologists call “secure attachments” to our animals.  As we take care of them, they come to trust us, and their trust makes us more trusting and trustworthy.  We become mutually attached in ways that are good for both of us.

These nurturing feelings have a powerful biochemical component.  When we feed our animals, stroke them, brush them, talk to them, and look into their eyes, it engages all of our senses and triggers the release of neurochemicals associated with close relationships, including serotonin, oxytocin, and prolactin, the hormone related to breastfeeding.  It also reduces cortisol, the stress hormone.

Interestingly, these chemicals don’t just make us feel better; they can also make us behave better.  Researcher Paul Zak studies the connection between animals and oxytocin, which he calls “the moral molecule.”  Zak has found that after participants in his studies view touching films about animals, they are more likely to donate a portion of their earnings from the study to charity.

In fact, our strong connections to animals can help us feel more strongly connected to other living things.  Carol Novello, who served for many years as president of Humane Society Silicon Valley, has written a powerful book that describes human-animal bonding as akin to a spiritual connection.

In Mutual Rescue:  How Adopting a Homeless Animal Can Save You, Too, she says that when we are “awash in these chemicals of affiliation, we feel more at ease, more connected, more in touch with something bigger than ourselves – like being enveloped in the comforting hug of a friend.” Infused with love for our pets, we may see fewer differences between ourselves and all creatures, great and small.

Novello believes that relationships with animals, especially children’s relationships, can actually make the world a better place.  This is because animals, with their tremendous capacity for love, have the ability to ground us in “a relationship that’s good and true and solid and real

Over time, by building stronger relationships, we become better human beings.  Novello claims that “pets can help us evolve as people, because they give us a safe way to practice opening our hearts, and once we learn how to be open and empathetic with pets, we can become more compassionate with ourselves, better at being tender with others – and more inspired to contribute to humanity.”

The Rescue Effect
We can develop growth-enhancing relationships with all kinds of animals — not just dogs and cats, but horses and pigs.  There is often something special, though, in the bonds we form with strays and orphans we rescue from the streets and shelter environments.

Sometimes the rescuer is also rescued by the animal, especially if that person is suffering in some way.  When we feel “broken” ourselves, we relate to a rescue animal who is often “broken,” as well — ignored or abandoned, abused, injured, ill, disabled, anxious and afraid.  After seeing thousands of people adopt pets with special needs, Novello has concluded that “imperfect adoptees have something extraordinary to offer broken humans.  Pets with problems of their own make us feel less alone in our infirmity, show us how to unflinchingly face fragility, and give us the opportunity to practice compassion – toward both our perfectly imperfect pets and ourselves.”

We often see rescue animals as courageous and resilient. When they not only survive but thrive, they inspire us, and their stories inspire others.  Novello uses the term “rescue effect” to explain how adopting these animals can “create ripples of well-being that impact concentric circles of people – even total strangers.”

Widening the Circle of Care
One of my favorite stories from Novello’s book is about a middle-aged man who rescues an elderly dog.  Not only does the man benefit, but so do many other people with whom the dog interacts on a daily basis.

In 2014, Doug Wagemann, co-owner of several funeral homes in California, met with a family whose elderly parents had died within days of each other.  They brought their parents’ teacup poodle Lady, who was very timid.  For the previous two years, as her owners’ health deteriorated, Lady had been confined to a crate and let out only to relieve herself, and then on a pile of newspapers.  The siblings were trying to find a home for Lady, but if they couldn’t, they were thinking about putting her down.

In the middle of the meeting, Wagemann felt a light scratching on his leg.  It was Lady, who was “shaking like a leaf.”  He picked her up, and when she fell asleep in his lap, he says a feeling of “intense compassion” came over him.  “The poor little creature had lost both her people within a few days.  She was obviously grieving and afraid, and my heart just went out to her.”

After the meeting, Wagemann offered to adopt the dog.  And then he made a promise to Lady that he would make sure that her final years were good years.

Since then, they have become close companions.  Lady has lowered Wagemann’s stress and forced him to walk more.  She accompanies him to work every day and has found a new purpose at the funeral home.  She normalizes the experience of being in a funeral home, especially for children, helps grieving people express their love and sorrow, and has served as a conduit for conversation among siblings who haven’t spoken in years.

Lessons Learned
Novello offers one “urgent lesson” from Lady’s story:  “While older animals are less likely to be adopted, we not only do them a grim disservice by overlooking their promise, but we also curtail our own opportunities for growth and joy.”

We could easily extend this lesson to older people, too, but that’s the subject for another story.

Meanwhile, in this month of February, which is American Heart Month, as well as the “month of love” in which we celebrate Valentine’s Day, let us honor the love we give to and receive from our pets.

And for those who don’t have a pet, why not visit a local shelter?  You might meet the love of your life — and set off a whole chain of events that improves other people’s lives, too!