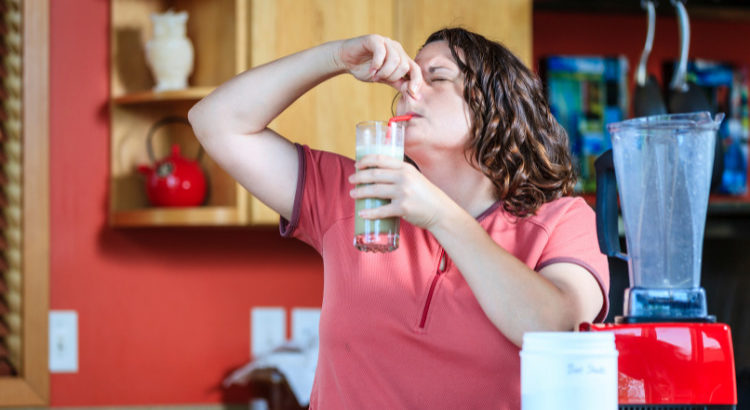 Diet Pitfalls & How To Avoid Them

Dieting may amount to nothing more than a simple math equation—eat less and exercise more to create a calorie deficit—but it is anything but simple. If you’ve ever tried to lose weight, you’ve no doubt made a few critical dieting mistakes. Dieting isn’t simple, but it doesn’t have to be complicated either. Avoid these common mistakes to stay on track for weight loss success.

Mistake #1: Skipping Breakfast
Breakfast truly is the most important meal of the day. Your body has been fasting all night during sleep and breakfast helps you break this fast and start your day off with proper energy and nutrients. Whether you’re skipping breakfast because you’re in a hurry or because you want to reduce your calorie intake, you’re setting yourself up for failure. Skipping breakfast typically means you’ll feel sluggish all morning and you’ll consume many unwanted and unnecessary snacks (and calories) before lunchtime. People who eat a healthy breakfast tend to eat less throughout the remainder of the day than those who skip this important meal.

Mistake #2: Extreme Calorie Reduction
If calorie reduction results in weight loss, than extreme calorie reduction should result in extreme weight loss, right? Wrong. It may seem counter intuitive, but extreme calorie reduction usually results in weight gain rather than weight loss. Here’s why: your body needs a baseline level of calories to sustain basic physiological functions and when you dip below that baseline, your metabolism will plummet. In fact, if you embark on an extremely low-calorie diet (fewer than 800 calories per day), your metabolic rate will drop by more than 10 percent within the first 48 hours on that diet. Instead, you’re better off with smaller, sustainable reductions in calories. For safe, long-term weight loss, the average woman should maintain a minimum of 1,200 calories per day.

Mistake #3: Dehydration
We often mistake dehydration for hunger. Water is critical to many of the body’s processes. While there is some debate over how much water your body needs on a daily basis, there is no question that water is important. Most of us are chronically dehydrated. Even mild dehydration will slow your metabolism by as much as three percent. If you’re dieting, don’t underestimate the importance of water. Results of a Virginia Tech study indicated that obese dieters who drank two cups of water before each meal lost five pounds more than a group of dieters who didn’t increase their water intake. A year later, the water-drinkers had also kept more of the weight off.

Mistake #4: Liquid Calories
Liquid calories are typically empty calories, even if they come from fresh-squeezed orange juice. Fruit juices may contain healthy vitamins, but they lack the fiber of the whole fruit and typically deliver a shot of sugar right into the bloodstream. Even worse are soft drinks, coffee drinks, and energy drinks. Most dieters forget to factor in the calories from liquids—and often these liquids are loaded with calories. Liquid calories are wasted calories because they don’t satiate hunger the way food does. If you’re trying to lose weight, stick with water; you’ll stay hydrated and avoid the extra calories.

Mistake #5: Anything Extreme
The extremes are tempting because they often hold extreme promises. But extreme approaches are unsustainable. Avoid diet mistakes such as banishing all carbohydrates from your diet, or eating only low-fat foods, or high protein, or no sugar, or all sugar. Instead, find moderation. Rather than saying you’ll never eat carbs again, avoid refined carbohydrates such as white bread and choose whole grains instead. Instead of banishing dessert, treat yourself once a week. Dieting takes commitment to maintaining small changes that are sustainable and long-lasting.