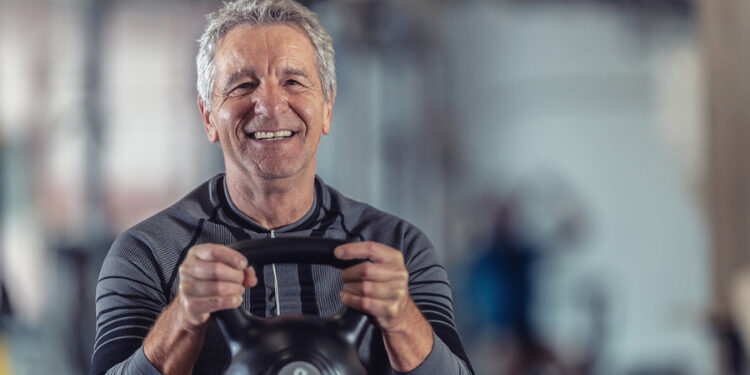 Throughout the past century—ever since Alois Alzheimer first identified an “unusual disease of the cerebral cortex”—Alzheimer’s disease has undergone a slow trajectory of increased understanding and, eventually, proactive action. However, most of this forward-thinking has occurred in just the last few decades. It’s now accepted that Alzheimer’s disease and other dementias are not indicative of “normal forgetting” associated with aging. Along with this shift in framing comes the awareness that individuals and health care systems can intervene and influence the disease progression.

Changes in the field of aging, neuroscience, and cognitive psychology have shown us we can influence our cognition both prior to and into older adulthood. But our societal perception still lags when discussing the physical capabilities of older adults. “Older folks just get frail. There’s nothing to be done about it.” I hear this a lot. Or the classic line “Getting old ain’t for the faint of heart!”

Unfortunately, it is too late for some to significantly alter their physical fitness. Therefore, as with many facets of aging, the best form of planning starts far in advance, before one begins experiencing significant declines in health. The Centenarian Olympics provides a practical reframing, accepting some physical deficits while pragmatically aiming to retain those abilities necessary for life’s most beloved moments.

I first heard of the Centenarian Olympics by listening to a podcast episode of The Tim Ferriss Show. Tim’s guest was a man named Peter Attia, a medical doctor who, according to his personal website, “explores strategies and tactics to increase lifespan, healthspan, and well-being, and optimize cognitive physical, and emotional health.” His expertise and advice covers the gamut of longevity and healthy aging, but the Centenarian Olympics is decidedly simple.

In order to be satisfied with life, what activities do you hope to be capable of when your 100 years old?

The Centenarian Olympics is an internal competition, an attempt to oppose the inevitable decline of one’s physical body. Other than being a solid, whole number and an age our society uniquely celebrates, the number of 100 is somewhat irrelevant and more of a general metaphor for the future—the same notion can be applied toward any decade marker. The idea is to imagine a future version of yourself and to prepare through exercise for the basic physical demands of life at that age.

Attia provides an example list of activities of daily living, primarily targeted at older adults, and the associated physical demands:

The inability to accomplish any of the movements above signals the closing in of life, and with it one’s essential human traits of autonomy and independence. Based on Attia’s analysis of various body movements and associated work out exercises, he suggests exercises be designed toward four broad elements of physical health: 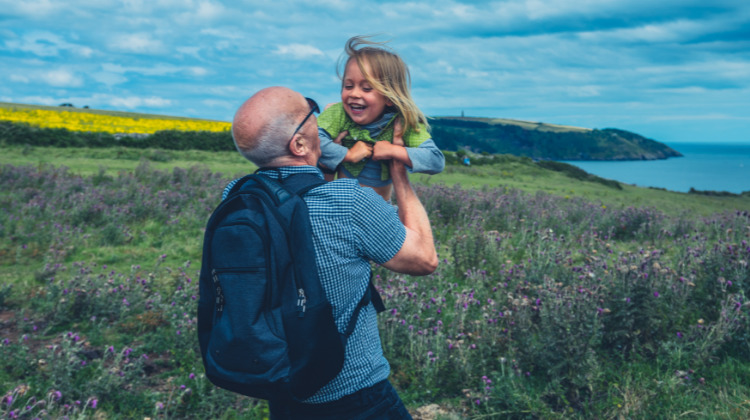 For many people, exercising and working out can feel intimidating, uncomfortable, or boring, especially when disconnected from any tangible purpose. By tethering a specific work out (e.g. 30-pound goblet squat) to a specific movement of everyday life (e.g. picking up a grandchild), people of any age can experience the satisfaction and benefits of exercise and real-world application.

So, how to begin? If you’re 45 years old, imagine what you want to be capable of at 80, and work backward until you have a realistic goal to achieve by age 50. The same process can also be done for someone who’s 65 or someone who’s 25, still in their physical prime. The most beautiful facet of the Centenarian Olympics is its subjective focus on what matters to the individual.

I also recommend listening to Peter Attia himself talk about the approach on his website and how his entire exercise routine is designed with aging in mind. Although the Centenarian Olympics is designed with the lives and abilities of older adults in mind—Attia is 45 years old—the earlier one starts the better prepared they become. The longer we possess a personally defined level of physical fitness, the longer we can retain a sense of joy and well-being, whether it be by swinging a golf club, taking a pie out from the oven, or holding a grandchild tenderly in our arms.

Kyle Peterson is currently a graduate student in the Master of Public Health program at Boise State University, with an emphasis in Prevention and Intervention Programming. As a freelance writer, he aims to communicate health information clearly and honestly. In his free time, Kyle enjoys reading, biking, gardening/cooking, and writing for his Substack newsletter https://kylepeterson.substack.com/.