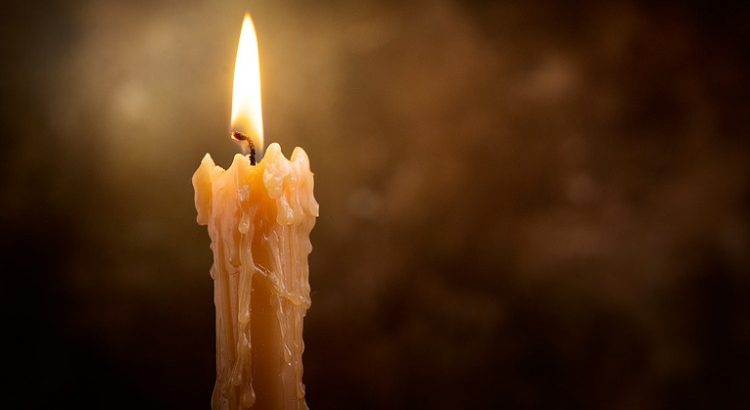 Candle In The Dark

The storm hit with a fury at 10:30 p.m. as we raced to the only open building in the area, a nearby restaurant that had once served as a large Communist meeting room by the Black Sea in Varna, Bulgaria. The large hall was empty save for countless dining tables and the four of us, Michail, Elke, my wife Joy, and me.

Elke and Joy left for the bathroom, and Michail and I spoke of the play we had seen earlier in the night, pausing to order a bottle of wine from the waiter who had appeared seemingly from nowhere. A few minutes passed, the lights in the building stuttered and then went out leaving us in total darkness. Our partners who spoke different languages struggled to find a sink in the now frightening bathroom. Soon we heard them calling our names and we guided them back to the table with returned shouts.

We sat silent and tense, sharing the darkness. In time a small light flickered from across the room. It was the waiter and his helper bringing four glasses and a bottle of wine as they were guided in the dark by the flame of two candles. The wine was poured, one candle placed in the middle of the table, and the waiters quietly walked away. We toasted the night and relaxed.

Unsolicited, Michail reached into his coat pocket and brought out a small book of poetry by the great Russian poet, Aleksandr Pushkin. We sipped wine and listened as Michail read poetry in Russian, a language neither Joy nor I understood. The rhythm of the words accompanied by the small candle light proved magical.

Sometime later the lights returned, the storm relaxed, and we made our way out of the restaurant and back to our hotel rooms. A night we will never forget. A night and situation that first created frustration, uncertainty, and a touch of fear as the storm and then the black of night engulfed us. Then came the creation of a meaningful and memorable night provided by a candle in the dark.

It is a dark night in the United States as the storm rages around us bringing with it fear and a loss of hope. We seek shelter from the pandemic and political unrest, a place to take a deep breath, to be ourselves, to find meaning. We, each in our own way, seek a candle in the dark.

Michail later shared with me the English translation of the poem “Winter Evening” that he had read in Russian in the restaurant engulfed in dark. Pushkin wrote the poem in 1825 when he was under house arrest because his poetry was in opposition to Tzar Alexander I. The great poet experienced what he called “spiritual isolation.”

The poem “Winter Evenings” ends with the following stanza:

The storm covers skies with darkness,
Spinning snowy whirlwinds tight,
Now it wails like a beast wildest,
Now it cries, like a weak child.
Let us drink, o comrade dear
Of my youth, so poor and hard,
Gains our woe: is a cup here?
It will cheer the saddened heart.

In a changed world almost 200 years after Pushkin, in a country radically different than 19th Century Russia, the words of Martin Luther King ring out:

A shared cup brought light to Pushkin’s darkest storm. In King’s last speech he asserted, “I have been to the mountaintop.” Light drove out darkness leaving no room for hate in the life of Martin Luther King. Both Pushkin and King faced personal and political threats and lit candles in the dark. Both died refusing to compromise the light they expressed. Martin Luther King was killed by an assassin’s bullet when he was 39 years old. Aleksandr Pushkin was mortally wounded at age 37, in an arranged duel defending his wife’s honor against political enemies.

Historically the candle symbolizes light in the darkness of life, especially individual life. And when we find light in our personal lives it calls us to graceful living and sharing with others.

The power of light in darkness is central to the world’s spiritual traditions:

Hindus believe the spark (light) of the creator resides in each soul. Prayer ignites that light. Siddhartha Gautama (the “Buddha”) is the “Enlightened One.” For Muslims the creator is the divine light residing in the hearts of people, providing guidance while illuminating all around. Hanukkah is the Jewish celebration of the “Festival of Lights.” In the New Testament John proclaims: “And the light shines in the darkness, and the darkness comprehends it not.” (John 1:5 – King James Version)

The light of our candle is fragile. As Elton John reminds us, it is “a candle in the wind.”

In old age we are called to graceful living, to provide perspective only time can give. May it shine, “this little light of mine.”

Today it is our time, each in our own way, to gracefully carry a candle in the dark.

…and the storm raged, shelter found, engulfed by darkness, a candle lit, poetry shared, hope for and faith in the moment and the morrow restored.