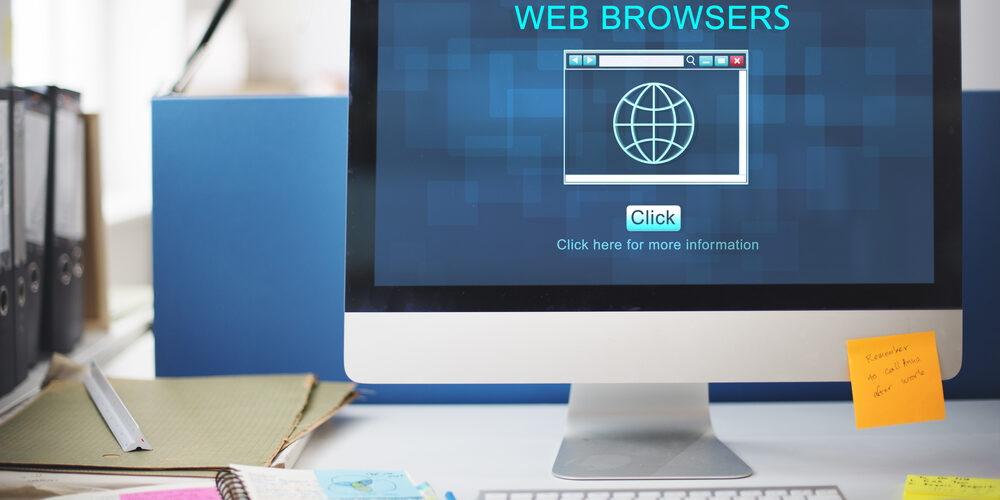 The right web browser can make a huge difference to your everyday browsing – whether your priority is faster performance, better security or more flexibility through downloadable extensions.

However, it can be tricky to break out of your comfort zone. The browser you’re currently using might not be the best even on the best laptop, but you’ve probably become use to its idiosyncrasies over the years without realizing there are better options around that will make your life so much easier.

Here, we’ve put the biggest browsers through their paces (plus some that you may not be familiar with) to identify the browser that best ticks all of these boxes. And, if you have a particular concern, then read on to see if there’s an alternative that might be better suited to your needs.

Mozilla Firefox
Firefox is back after a total overhaul, and has retaken its crown.

Firefox recently received its biggest update in 13 years, and it’s so impressive, it’s propelled the browser to the top of our list.

Firefox has always been known for its flexibility and support for extensions, but in recent years it had started to lag behind the competition in terms of speed. Firefox Quantum, first released last year, represented a total overhaul of the browser’s code base, with speeds now comparable with Google Chrome. That’s not just on top-end computers, either – the new Firefox makes frugal use of RAM, even with masses of tabs open.

Firefox also scores serious points when it comes to privacy. Mozilla is non-profit, which means it doesn’t have the same impetus to sell your data as some other browser developers. The organization also makes regular updates to help protect its users’ privacy as internet companies come under increasing scrutiny over the way they treat people’s data. Recent additions include support for password-free logins and automatic blocking of ad trackers.

There’s even a new version of Firefox designed specifically for browsing the web in virtual reality, and Mozilla releases beta versions of new features frequently through its Test Pilot program.

It’s not always the absolute fastest – for some pages Chrome still has the edge – but the new Firefox has come out swinging and is our pick for the best web browser of 2019 so far.

With Chrome, Google has built an extendable, efficient browser that deserves its place at the top of the browser rankings. Its user base is only rising, even as Microsoft Edge’s install numbers are presumably growing. Why? Well, it’s cross-platform, incredibly stable, brilliantly presented to take up the minimum of screen space, and just about the nicest browser there is to use.

Its wide range of easily-obtained and installed extensions mean you can really make it your own, and there’s support for parental controls and a huge range of tweaks and settings to ensure maximum efficiency.

However, Chrome isn’t without its downsides. It’s one of the heaviest browsers in terms of resource use, so it’s not brilliant on machines with limited RAM, and its performance doesn’t quite match up to others as far as benchmarking is concerned. And, with Google’s tentacles running through it, you may be uncomfortable with how your browsing data is used.

That said, Google is making some moves towards security, and is pushing HTTPS particularly hard. Future versions of the browser will make it very clear when sites aren’t using HTTPS encryption, aiming to make it standard throughout the web.

Like Firefox, Chrome now also supports password-free logins via WebAuthn – either to replace traditional passwords completely, or work as a form of two-factor authentication. The browser also offers more features for web app developers, including more consistent experiences across different VR headsets, and the ability to use input from sensors (such as your device’s ambient light sensor and accelerometer).

It’s sad that Opera makes up only around 1% of the browser market, because it really is a quality browser. It launches fast, the UI is brilliantly clean, and it does everything its rivals can do with a couple of extras thrown in for good measure.

The key reason we’d at least recommend having Opera installed alongside your main browser is its Opera Turbo feature. This compresses your web traffic, routing it through Opera’s servers, which makes a huge difference to browsing speed if you’re stuck on rural dial-up or your broadband connection is having a moment.

It reduces the amount of data transferred too, handy if you’re using a mobile connection, and this re-routing also dodges any content restrictions your ISP might place on your browsing, which can be mighty handy. Opera automatically ducks out of the way if you’re using secure sites like banks so your traffic is free and clear of any potential privacy violation.

There’s also an integrated ad-blocker – which can be switched off if you’re morally inclined in that direction – a battery-saving mode which promises to keep your laptop going for longer, a built-in VPN, and a cryptocurrency wallet.

If you’re a PC gamer, it’s also worth checking out Opera GX – a version of the browser that features system optimization tools, Twitch integration, Razer Chroma support and a catalog of game deals.

Microsoft Edge
Edge has been reborn as a smart, fast Chromium-based browser

Edge received a fairly cool reception when it first launched with Windows 10 as a replacement for the venerable Internet Explorer, but it experienced a revival earlier this year when Microsoft partnered with Google to release a new version of Edge based on Chromium (the engine used by Chrome).

The new and improved Edge is an impressive browser that offers most of Chrome’s advantages, without hogging as much memory. Microsoft has also brought its own expertise to the table, sharing its skills and experience with Google (such as smoother scrolling for low-spec PCs).

Best of all, the new Edge isn’t restricted to Windows 10 PCs, and Microsoft has released versions for Android, iOS and macOS. It looks as though a version for Linux is on the way as well (to the surprise and confusion of open source fans). With all the major platforms covered, the new Edge is well worth considering as your new primary browser.

Vivaldi
Build your own browser with unique docking and tab-stacking

Here’s something a bit different. We all spend probably far too much time sitting in front of our web browsers, and up-and-comer Vivaldi wants to make that as pleasant and personal an experience as possible.

The whole style and structure of its interface is entirely up to you. There’s a built-in note-taking system, you can dock websites as side panels while using the main window to do your main browsing, and we love its innovative tab stacking tech, which allows you to group up tabs and move them around to avoid the crowding that so often plagues other browsers.

Vivaldi is built on Chromium, which means you can expand it even further with extensions from the Chrome Web Store. Just pick your preferred plugin and click ‘Add to Chrome’. Some extensions might behave slightly differently in Vivaldi, but most work perfectly.

Vivaldi is a refreshing and creative take on web browsing, and one to watch in the next couple of years as more features are added.

How To Age Gracefully In A Technology-Filled Era
October 30, 2022