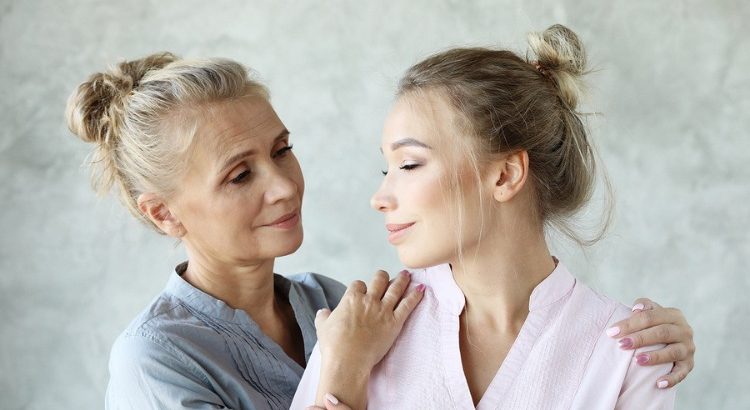 Beauty in All Ages

What makes you find pleasure in another person’s appearance?  The way we look is important to most of us, and it is human nature to be attracted to beauty.  But research shows that our gender and age affect what we consider to be “attractive.”

Regardless of who we are, however, we would all benefit from learning to see beauty in people of all ages.

Beauty Matters
British researcher Naomi Woodspring explains that the history of the human race is intertwined with the history of beautification and body adornment, including clothing, jewelry, make up, piercings, wigs and hats.  She notes that physicality is central throughout our lives, and our identities are often significantly affected by our appearance (Baby Boomers, Age and Beauty, 2018).

What we don’t always realize, though, is that over time our personal ideas about appearance and beauty may change, and this is good.  It is part of the developmental process of adapting to physical changes, as well as shifts in our values and priorities.

In youth, for example, a woman might spend a great deal of time styling her hair and applying make-up, while in later life, she might be less focused on her appearance and more interested in directing her energies elsewhere.

Health issues, as well as age, can affect our thoughts about appearance.  In her book about surviving ovarian cancer, literary critic Susan Gubar reveals that in midlife, she was obsessed with her kinky, unmanageable hair.  Now 70 and two years past the “expiration date” given her by oncologists, she wears a wig in public and is happy just to appear “normal” (Memoir of a Debulked Woman, 2013).

Gubar has adjusted her standards for appearance, and this makes it possible for her to continue to feel good about herself, despite her bald head, skinny body and sagging skin.

Gender Differences
In her research on baby boomers, Woodspring interviewed 31 British and American men and women between the ages of 60 and 70, asking them what they thought about their appearance and that of other people their age.  Although the respondents were diverse in terms of race, ethnicity, social class and sexual orientation, they were all “ordinary” people who were not associated with the media, celebrity culture or the beauty industry.

It is not clear how representative this group is of the general population, but their comments and Woodspring’s conclusions definitely provide food for thought.

For example, Woodspring found something that may surprise many readers.  The men had more trouble accepting age-related body changes than the women.

The men often compared their bodies to their younger selves and expressed sadness, grief and melancholia.   They also judged themselves against other men their age, comparing hair, facial appearance and physique.  As a result, most men felt ambivalent about aging.

Woodspring surmises that at the root of these feelings is the tension between normative definitions of masculinity, which are based on youthful vigor, and men’s lived experiences of growing old.  Consciously or unconsciously, they compare themselves to an internalized ideal, and they consistently fall short.

The women in Woodspring’s study did not always like the changes in their appearance, but they had developed strategies for integrating age into their identity.  For example, many women compared their faces to those of younger and older family members and felt a sense of connection and continuity across the generations.  Knowing that they played a specific role in the family history helped them accept their age and body changes.

The women also found support in discussing age and appearance with female friends and family members.  They looked at the hair, faces and overall appearance of other naturally aging women, seeking affirmation for their own aging process.  They tended to dress for themselves and other women, rather than for men, and they found pleasure in doing so.  In short, older women more often compared themselves to women their age, rather than to their younger selves, and this helped them adapt to aging.

Age Makes a Difference
Despite their differences, both the men and women in Woodspring’s study agreed that beauty in youth is different from beauty in later life.

Woodspring concludes that the ability to see older faces as attractive comes to most of us after a certain age — when we reach a “tipping point of consciousness” and realize that we have lived far more years than we have left.  Western culture does not teach us to see beauty in age, because it is obsessed with youth and youthful appearance.

Relationships, too, affect how we assess older faces.  Woodspring uses the phrase “relational beauty” to describe the pleasure we feel in looking at old familiar faces.  We might call these faces “beautiful,” even though other people wouldn’t, because we cherish things about them that other people don’t share.

There are two messages of value in Woodspring’s book. The first is that beauty exists at every stage of the life course, although most of us must learn to see beauty in the later stages.

The second message is that old people are essential to the human race.  Not only do they transfer knowledge, experience and wisdom to younger generations, but they also provide visible models of physical aging and the consequences of earlier life choices.  As such, they play an important role in the continued evolution of the species.

Learning to See Beauty in Age
Woodspring sees tiny signs of cultural change in the U.S. and the U.K. in regards to age and beauty, including more visibly aging actors and actresses in major roles, a decline in the sales of anti-aging cosmetics, and a ban on the phrase “anti-aging” by some fashion magazines (Allure, for example).  She thinks these changes will continue with the millennial generation, and she feels cautiously optimistic that “our cultural eyes are opening to the possibilities of age and beauty.”

Meanwhile, those of us aging past 60 would do well to develop our “mature imagination,” a term coined by gerontologist and psychologist Simon Biggs (The Mature Imagination:  Dynamics of Identity in Midlife and Beyond, 1999).  The mature imagination is a space we create in our minds where we experiment with various images of ourselves as happy, healthy old people.  Here we are free to explore beyond the limits of the “public imagination,” which consists of common tropes of old people used by media and advertising.  In our mature imagination, we can create unique images that reflect our personal interests, values and lifestyle preferences.

We can also train our eyes to see beauty in old people.  We can start by looking in the mirror and identifying at least one thing we like about our own aging faces.  This is a simple act of cultural resistance that can dramatically improve our self-confidence and sense of well-being.

It could also be a step in the direction of cultural change for the next generation of beauty seekers, who are in desperate need of positive role models for aging.