As Time Flies By 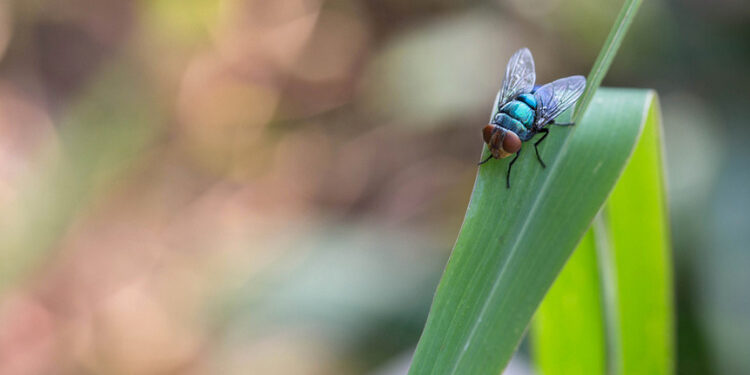 The late author Dan Gilmore in his book, The Dharma Box, told the following story that is expanded upon and adapted for this writing:

The old man rose early, went to the kitchen, perked coffee, grabbed a glazed donut, settled in a chair next to a window, and looked out on a cold wet March morning. He took a sip of coffee as he noticed a fly buzzing near the window. It would bang against the window, fly away, only to return and once again smash itself against the clear glass.

The old man continued to sip coffee and the fly continued to bang against the window. After a while the old man said to himself, “Well, the fly has the right to make its own decisions. I know if I open the window it will fly into the cold and face the howling rain. Still, in my own life, I have from time to time chosen to fly out such windows only to face unexpected challenges. It was my choice just as now it should be the fly’s.” So, he opened the window. The fly flew around in a circle a couple of times and landed on the glazed donut.  ….unexpected.

William Bostwick in his book, The Brewer’s Tale, speculates that around 7,000 BC in ancient Egypt, beer was first brewed not by a person with goggles, a long coat, and rubber boots but by  beer yeast that transformed malt and water into booze. It was yeast that made beer. The fly was the brew master.   ….unexpected.

From 1340 to 1380 the bubonic plague killed 25 million Europeans. The plague was responsible for the origin of the beer stein. The word stein literally means stoneware jug but it soon referred to an open mug that was covered with a hinged lid and handle. In the late 1400’s central Europe was invaded by hoards of little flies and the stein was invented in response to the German law that required all open drinking containers be lidded.  Ironically, the lid was utilized to keep the ever-present flies out of the beer, even though thousands of years before the fly had been the original brew master.

Many centuries later, Alfred Hitchcock looks at a fly on his kitchen table while having breakfast and says to his wife, Alma Reville, “I want to fly.” She responds, “First, eat your eggs.”

Flies carry at least sixty-five diseases that infect people. They can cause food poisoning, dysentery, and diarrhea. They can spread cholera, salmonella, tuberculosis, and typhoid.

There was an unexpected insight for the ancient Egyptians who witnessed how flies made beer, the unexpected surprise of seeing a fly land on a donut, the unexpected source of deadly disease, and hoping the unexpected comes true and Alfred Hitchcock flies. Throughout history flies have played surprising and unexpected roles from pollinating our crops, to transmitting diseases, to making beer.

The innocent fly reveals the power and influence of the unexpected.

The unexpected can bring great joy. I still remember my grandson at four years of age running to me, kissing my thumb, and then without a word running away. It is also true that the unexpected can shatter an ordinary day with great tragedy. Our lives are altered and formed by the unexpected.

The unexpected can change what we know and how we act. At times we observe others acting in unexpected ways and sometimes we surprise ourselves with our unexpected action for good or ill.

By old age we have all been surprised, amazed, confused, embittered, depressed, and joyous, a multitude of times because of the unexpected. All of us as seniors have had our lives changed dramatically by the unexpected.

The Austrian psychiatrist, neurologist, and philosopher, Viktor Frankl, who survived a German concentration camp where virtually all of his family died, spent much of his life after this unexpected horrific event in a “search for meaning.” He concluded meaning, while personal, comes from what we give, what we take, and most importantly, our attitude towards what we cannot change. Change often comes without warning but with power. In other words, meaning in our lives is found in how we respond to the unexpected. The unexpected sunlight and storms around and within call us all to become who we choose to be.

My thoughts return to the fly. Long before beer was invented there were flies on earth. 420 million years ago (give or take a few million years) insects became the first creatures to develop wings and fly. Horseflies appeared 240 million years ago and early versions of the housefly 175 million years ago. From their beginning flies were important pollinators, second only to bees. Mosquitoes (“little fly” in Spanish) today boast a population of 110 trillion or about 15,000 for every one of us, and can carry deadly diseases.

Unexpected history brings with it information that can be helpful, harmful, enlightening, or just interesting. It often opens our hearts and minds to the wonders of the world we live in and the miracle of our own lives.

Sometimes, the unexpected brings humor and very little else.

“Waiter, what is that fly doing in my soup?”

From the earliest days, things as seemingly inconsequential as a fly or as dramatic as war, personal loss, or great joy, bring unexpected change to how we live, move, and have our being. It is in our attitude towards the unexpected where we accept changes to the status quo, adjust to unspeakable loss, and relish new found joy.  The unexpected challenges us to learn, to bend with grace, and be open to growth and change. It is in unexpected gain and loss where we find humility, our common humanity, and meaning.