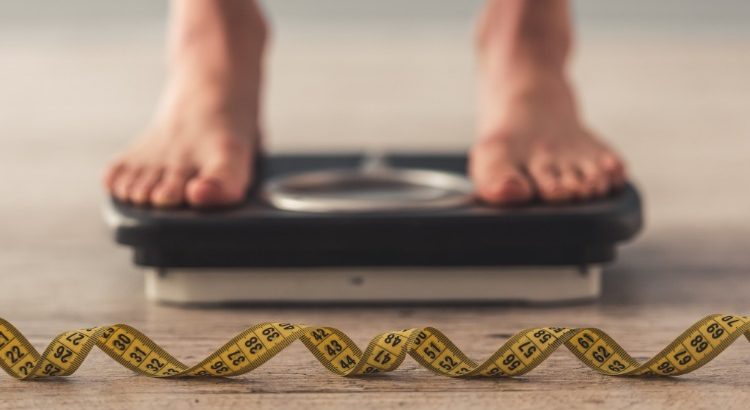 You’ve been cutting calories, eating smaller portions and walking almost every day — a seemingly successful dieting strategy by all measures except one: the scale. It doesn’t seem to budge. What gives? Why can’t you lose weight even when you’re dieting?

If you’re over 50, experts say that your metabolism — as it relates to changes in your physiology, medications you take and muscle loss — may be to blame. But, of course, lifestyle (sitting much, anyone?) factors in, too. Here are the six solvable problems likely standing between you and your slimmer self, according to experts.

1. Your medications are an issue.
Roughly 75 percent of people over 50 take prescription drugs regularly, and the percentage (and number of meds people take) rises steadily with age. While those medications may be necessary, they can mess with your weight. Research shows that 10 to 15 percent of the obesity epidemic is related to drug-induced weight gain. Further, “it’s likely that drugs make it harder to lose weight,” says Louis Aronne, M.D., director of the Comprehensive Weight Control Center at Weill Cornell Medicine. Weight-gain-promoting drugs run the gamut, from over-the-counter antihistamines that contain diphenhydramine, which increases appetite, to beta blockers, which can slow muscle contractions and thereby slow metabolism, to most selective serotonin reuptake inhibitors prescribed for depression and anxiety. “They initially cause weight loss, but over time they cause weight gain, although we don’t have a clue as to why,” Aronne says. If you think your medication may be interfering with your weight-loss effort, don’t go off the drug; instead, talk with your doctor. “In most cases there are alternatives that don’t have an effect on weight,” he says.

2. You’re losing muscle.
“If you don’t make an effort to preserve muscle mass, you lose 3 to 8 percent per decade after age 30,” says Kristen Beavers, associate professor in the department of health and exercise science at Wake Forest University. And because muscle burns more calories than fat, your metabolic rate slows and you torch fewer calories, she adds. Age-related hormone loss, in both women and men, accelerates the decline. Complicating matters further, you lose muscle when you shed weight. In some people, as much as 40 percent of their weight loss is from muscle, according to Beavers.

You can slow both age-related and weight-loss-related muscle attrition with a strength-training program. Swedish researchers reported in 2019 that 70-year-olds who did regular resistance training for 10 weeks not only increased lean muscle tissue but also lost body fat. What’s more, in a study of 249 overweight people in their 60s and 70s, Beavers and her colleagues found that those who did resistance training along with a weight-loss program lost significantly less muscle than those who paired weight loss with aerobic exercise.

Aim for three days a week of strength training, Beavers suggests. Start with light handheld weights or resistance bands, or a few push-ups and crunches, and gradually add more weight or resistance (or reps) as your strength increases. Bonus: Building healthy muscle tissue creates more mitochondria — the energy-generating structures in your muscle cells — so you may notice you have more energy, and that, in turn, can help you stay active and burn more calories throughout the day, she adds.

3. You’re skimping on protein.
As people age, they often have more trouble digesting protein, so they eat less of it, and those who are dieting tend to cut back on protein — which is exactly the wrong thing to do, Beavers says. For one thing, protein is a vital building block of healthy muscle tissue. When Beavers and her colleagues studied 96 people in their 60s and 70s who lost weight, they found that eating one gram of protein per kilogram of body weight daily helped participants preserve healthy muscle mass. Plus, the exercise itself was (at least temporarily) satiating, she says.

4. You’re eating the wrong foods.
Paleo, keto, low-fat — regardless of the diet plan, it won’t be effective if you’re not eating nutritious food. If you’re on a low-fat regimen that includes low-fat fare like diet soda and white bread, you’re going to struggle to lose weight. The same goes for low-carb if you’re eating bacon every day, says Christopher Gardner, a nutrition scientist at the Stanford Prevention Research Center. In a yearlong study of low-fat and low-carb diets, Gardner and his colleagues taught all 609 overweight participants, regardless of the plan they were following, how to cut back on added sugar, refined grains and highly processed foods, as well as how to load up on vegetables and nutrient-dense whole foods and to stop eating when they were full. People on both plans lost, on average, about 12 pounds (though some lost as much as 66) and reduced their body fat and waist circumference. “We thought we were going to find ideas for how to personalize diet programs. Instead, we discovered something more basic that works for everyone: Eat high-quality, nutritious foods, and stop eating when you’re full.”

5. You’re not pushing your pace.
Going for a daily walk is great, but if you’re moving at a speed that’s comfortable (about 3 miles an hour), you’re not going to see much benefit in terms of weight loss, which requires a calorie burn rate of 4 miles per hour or faster.

To achieve that, walking coaches suggest varying your pace to include short stretches at a faster stride. “One of the best ways to turn walking into a weight-loss workout is to add speed intervals,” says Michele Stanten, a walking coach and author of Walk Off Weight. To do that, just push yourself at the fastest pace you can for 30- or 60- or 120-second intervals, followed by double the time at a normal pace. Continue alternating between fast and slow for 15 to 20 minutes. Easier yet, you can walk briskly for one block and go at your usual pace for two blocks, or walk quickly for one song and slower for two. Brazilian researchers reported in 2019 that interval-training workouts result in shedding more fat and weight than exercising at a steady pace and that these workouts may cause your body to burn more fat after you’re done, as well.

6. You’re eating too much at night.
Research shows that people who eat after dinner consume an average of 208 more calories than those who don’t. “A lot of people are able to control what they eat during the day, but by nighttime they’re tired and feel like they deserve a treat,” says Kelly Allison, director of the Center for Weight and Eating Disorders at the University of Pennsylvania’s Perelman School of Medicine. “When we shut down at night, there’s cognitive fatigue, so we don’t have as much resolve to say no to ourselves.”

If you stop eating earlier in your day, however, you may experience biological weight-loss benefits, too. Allison and her colleagues recently completed a small, preliminary study in which they compared people who stopped eating at 7 p.m. with those who quit at 11 p.m. Those who stopped eating earlier burned more fat and had lower cholesterol and blood sugar — all of which can be good for weight loss — possibly because our bodies are programmed to process food more effectively during the day, Allison says. Those are good incentives to tell yourself the kitchen is closed after 7. And when you find yourself craving a nighttime snack, take a walk or call a friend.