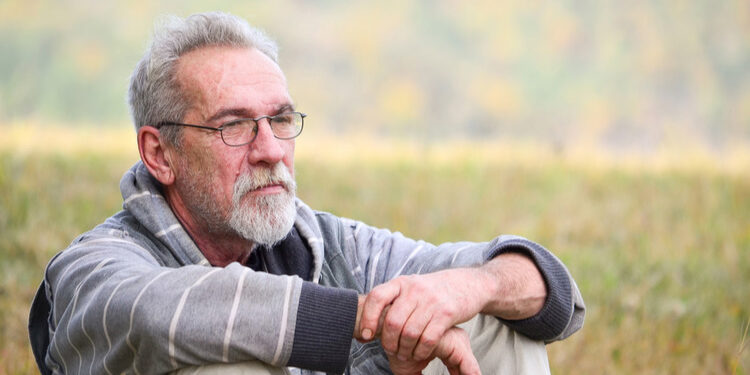 Meditation is a practice or technique that is used to help train your mind to unilaterally focus its attention and awareness away from external objects and information. The idea is to calm what is known as the “monkey mind” which is simply a state everyone shares when thoughts are not only conflicting but going in varying directions. The whole purpose of the monkey mind is to avoid the present moment and keep following mindless distractions

Meditation is designed to stabilize off-balance emotions and improve well-being by honing perceptions and calming brain waves (which are easily measured) to more relaxed states.

The result is better mental clarity, physical improvement, and peace, followed by a remarkable sense of relief for the peace meditation offers.

Meditation is a great way to center one’s self – to pull inward and reflect on nothing but the moment. Meditation is often a salient aspect of one’s religious or spiritual practice. But meditation techniques are successfully practiced without a religious context as well.

Why Should Seniors Try Meditation?

As the body ages, most people – even those who are relatively healthy and mobile, begin to experience the onset of health issues related to age. They can manifest as chronic pain or poor, fitful sleep patterns. Or show up as emotional pain like grief caused by significant loss or simply a feeling of loneliness or isolation.

With the world moving so quickly, many seniors are drawn to meditation because it offers a way to mitigate stress before the discomfort leads to one of the many forms of substance use disorder. There are many ways to practice the art of meditation – all of which offer the same physical and mental health benefits.

Simple mindfulness is practiced throughout the world. A basic meditation practice could simply mean a sitting or lying position, inhaling deeply, pausing for a few seconds, and exhaling through the nose.

One of the fundamental purposes of yoga (sometimes known as a moving meditation) is to prepare the body for a deep meditative state of self-reflection that helps to understand life’s mysterious forces (Refer to Savasana pose and Nidra meditation). Transcendental Meditation (also known as  TM) hit mainstream America in the 1970s and 1980s and is still quite popular with millions of followers across the globe.

Meditation requires no fancy equipment, just a commitment to prioritizing your mental and physical health. Each type of meditation requires varying mindsets, so choose a practice that aligns with your goals and lifestyle. For example, a meditation based on rhythmic breathing will appeal to some, but not everyone.

Meditating slows the breath naturally, which results in a reduced heart rate (and lowered blood pressure) and ultimately lessens tension and stress throughout the body.

Meditation helps to relax the mind, which allows for a more graceful aging process – in terms of mind, body, and soul.

Meditation is an effective technique that helps clear the mind. Increasing one’s self-awareness creates a more specific view of the world or a more solid foundation on which to stand. Meditation provides the tranquility and peace required to combat natural fears about the aging process and its limitations. The National Library of Medicine made a study exposing that about half of the participants that began a practice of meditation do so to relieve stress (21%) and anxiety (29%).

Emerging research also suggests that meditation is an effective reducer of inflammation. This is important because the body’s inflammatory response has been linked to many chronic and acute problems and diseases – Lupus, Type II Diabetes, and Rheumatoid Arthritis, to name a few. In 2019, The Institute for Functional Medicine showed meditation’s impact delayed the response of one’s CRP (C-reactive protein) – which is a major inflammatory biomarker.

According to a recent Mayo Clinic article, the AAPM (Academy of Pain Medicine) reports about 100 million Americans face persistent or chronic pain. Living with pain has a direct and negative impact on one’s quality of life which also means their mental health. Research continues to support the widely-held belief that meditation can, for some people, effectively reduce (and sometimes even eliminate) chronic pain – without the use of pain medicine!

Meditation controls pain by redirecting one’s attention to moving the breath in the present moment. Square breathing (also known as tactical breathing)is a technique in which you make a conscious effort to inhale and exhale with timed pauses between the two. The rhythmic nature calms the vagus nerve, the heart rate, and the overall nervous system. Square breathing also helps prevent being hijacked by overwhelming emotions.

The body was designed to move. As people age, they inevitably tend to move less, which only aggravates stiff joints and other issues.

Meditation may include prescribed movement and motions – like those experienced in the practice of yoga or tai chi. Each of these types of moving meditations has modifications that allow seniors to experience the benefits – even if done in a seated position. Modified movements during an active meditation help increase one’s mobility and flexibility – ultimately eliminating certain limitations that have previously caused emotional pain and frustration.

Meditation before one retires to bed is a great way to naturally release tension, creating a peaceful mind from which to drift off to sleep.

Is It Ever Too Late To Learn to Meditate?

The answer is a definitive no!

Engaging in a meditative practice enriches anyone’s life by reducing pain and tension. For seniors, this offers an improved quality of life and the time they want or need to share their wisdom with others from a place of peace.

Plus, the practice of meditation encourages self-acceptance as well as self-compassion, a valuable perspective to learn about life at any age.

Dr. Arturo Osorio is a licensed physician practicing in Nicaragua. Dr. Osorio went to Universidad Nacional Autónoma de Nicaragua (León), where he got a Bachelor of Medicine, Bachelor of Surgery Degree. He has been practicing medicine in public hospitals and private clinics since 2018. He is also a writer and editor for Sunshine Behavioral Health.

5 Neurological Conditions To Be Aware Of For Seniors
September 28, 2022