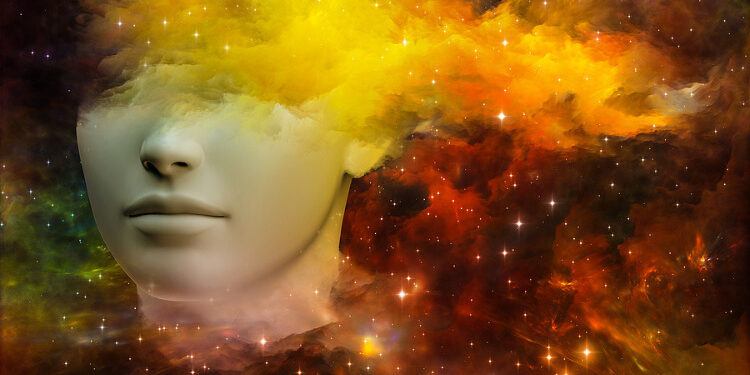 You need to stop by the grocery on the way home from work for two gotta-have items. One of the items is coffee, but you can’t think of the other one to save your life.

Every time you sit down to do that report for work, you can’t seem to focus and make any real progress.

Better wait to walk to the end of the driveway to get the mail because your neighbor, that you’ve only lived beside for five years, is in his yard, and you don’t remember his name.  You know you know it, but your brain can’t seem to reach it.

Sound familiar?
Even though you may feel like you’re losing your mind, it could just be a bit of brain fog. Thankfully, you can take steps to clear up the haze after you figure out what’s causing it.

What Is Brain Fog?
Brain fog is not a medically recognized term or diagnosable condition. It’s a common phrase used for a myriad of symptoms affecting your ability to think. Brain fog can include things like memory problems, lack of mental clarity, and an inability to focus, and put thoughts into words. Some people describe it as mental fatigue.

You know – the kind of mental exhaustion where you tell yourself if you can just make it to the weekend, you’ll get some rest. That should help. Next week will be easier. The problem is that when the weekend rolls around, there are a gazillion more things to do and stress about. So, you end up not getting the much-needed rest. Or if you do, it doesn’t seem to help the problem in the slightest.

That’s because to resolve brain fog, you have to figure out and address what’s causing it.

On a cellular level, brain fog is believed to be associated with high levels inflammation and changes to three primary hormones: dopamine, serotonin, and cortisol. One theory behind the underlying reason for brain fog symptoms is that higher levels of inflammatory molecules, including adipocytokines and histamines, stimulate microglia activation.

Five Common Causes of Brain Fog
According to one study, the most commonly reported brain fog triggers were fatigue, lack of sleep, prolonged periods of standing, dehydration and feeling faint. Sometimes, a trigger can’t be avoided. However, if brain fog is an ongoing issue for you, taking a look at and adjusting your lifestyle habits might be warranted.  Let’s look at some common causes:

1. Stress
In the short-term, stress can make you irritable, anxious,  distracted and forgetful. Over time, elevated levels of cortisol, the stress hormone, can chip away at your physical, mental and emotional health. Chronic stress actually damages your brain.  Stress shrinks dendrites, kills neurons, and prevents new cell growth in the hippocampus – essential to memory. While it’s doing all that, it causes your amygdala, the fear and emotional center of the brain, to increase size and activity. This makes it harder for your brain to learn new information and remember it.

2. Lack of sleep
Sleep deprivation can have serious short-term and long-term consequences for your overall and brain health. After just one night of skimping on sleep, the results can be seen in delayed reaction times, glucose levels, mood, headache, impaired memory, and hormone balances. Recent research shows that not getting enough sleep may even shrink your brain. You’ll want to aim for eight to nine hours of sleep per night. But don’t forget, quality matters too.

3. Diet
Diet can also play a role in brain fog. When it comes to your brain, you literally are what you eat. What goes into your mouth has everything to do with what goes on in your head. You have a “second brain,” the enteric nervous system, in your gut which communicates with the brain in your head.

To get the most brainpower out of your diet, you will want to include fatty fishes, foods with probiotics, whole grains, leafy greens and lots of lean protein. If you’re missing essential vitamins and minerals, your brain function will reflect it. For example, a vitamin B-12 deficiency can bring about brain fog.

Also, food allergies and sensitivities can make your thinking fuzzy. The most common culprits are:

4. Hormonal Changes
Hormonal changes can also trigger brain fog. The brain and entire body rely on a complex symphony of hormones that work to keep one another in check. So, when levels of one hormone fall too low or climb too high, your whole system, including brain function, can be thrown off.

For example, levels of the hormones progesterone and estrogen increase drastically during pregnancy. This change can affect memory and cause short-term cognitive impairment. Similarly, a drop in estrogen level during menopause can cause forgetfulness, poor concentration, and cloudy thinking.

5. Medications and Medical Conditions
Brain fog is a common side effect of many drugs. If you notice symptoms upon taking a medication, talk with your doctor. Lowering your dosage or switching to another drug may alleviate the problem. Brain fog is a well-known side effect of chemo and is referred to as chemo brain.

Medical conditions associated with inflammation, fatigue, or changes in blood glucose level can also be the cause of mental fatigue. For example, brain fog is a symptom of:

Diagnosis and Treatment of Brain Fog
No matter what you think is causing your brain fog, it’d be a good idea to get checked out by your doctor. However, there isn’t one test specifically for the condition. When you get to your doctor’s appointment, you can expect to have a regular physical examination with some follow-up questions.

Your doctor may feel additional blood work is necessary to rule out the brain fog being a symptom of a more serious issue. Blood work can identify the basic health markers, glucose levels, nutritional deficiencies, organ function, hydration, and more.

Your doctor can then suggest possible solutions to implement based on the exam, questions, and tests. Treatments are different depending on the determined cause. Your physician may advise you to get more sleep, switch medications, start taking nutritional supplements, or something else. You may need to try out different treatments before you find one that works for you.

Conclusion
Brain fog is an annoying symptom that can arise for a wide variety of reasons. It may feel like you’re going to be stuck in that sleepy mindset forever, but there are plenty of ways to wake your brain up. Try out different treatments until you find one that works. Then, make adjustments as necessary to prevent the condition from returning. One day, you’ll clear away the fog, and the sun will shine again!

Contributing Author: Kayla Matthews writes about wellness, productivity and stress in the modern world for websites like Make Use Of, BioMed Central, and The Huffington Post.

Are You Secretly Afraid You’re Getting Alzheimer’s?
July 28, 2022