10 Things People with Alzheimer’s Have Taught Me 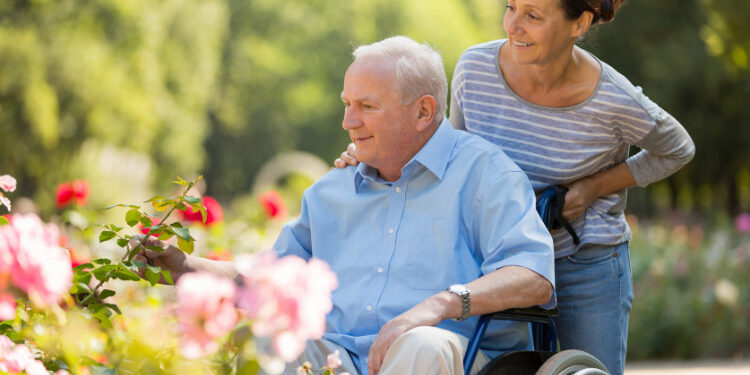 I was a caregiver for my beloved Romanian life partner for seven years when he had Alzheimer’s. Furthermore, I previously volunteered to make weekly visits to four women who lived at a memory care facility. I referred to them as “my ladies.” I have learned so much from these people. Here are the ten most important things they have taught me.

(1)  Simple pleasures can bring great joy to a person with Alzheimer’s: Even the simplest activities can be enjoyable to people with Alzheimer’s. Ed was once deeply engrossed in examining a coat of mine that had numerous pockets and zippers. He spent 30 minutes with it, a big smile on his face the whole while. Another thing I learned is that – like all of us – people with Alzheimer’s usually enjoy receiving presents regardless of how big or how little. I gave one of my ladies a gift once. I told her it was just a small gift. She said, “I know honey, but it’s a present.”

(2)  Pets, children, music and art may reach them on levels we cannot: I have experienced numerous examples of the positive effects these can have on people with Alzheimer’s. There’s no question about it. Sometimes pets, children, music or art can bring about connections even with people who no longer talk and no longer recognize their loved ones.

(4)  Just because they don’t talk doesn’t mean they aren’t perfectly aware of what’s going on around them and what people are saying to and about them: One of my ladies didn’t talk anymore, so when I visited I just held her hand and talked to her softly. I assumed she wasn’t aware of me or her surroundings. But when I told her she must be very proud of her daughter she adamantly shook her head from side to side, indicating ‘no.’ That told me she understood perfectly well what I was saying!

(5)  There’s usually no reason to tell them someone is dead: It isn’t uncommon for people with Alzheimer’s to ask where a certain person is when, in fact, that person passed away years before. Rather than tell them the person is dead – which will probably upset them deeply – it can be helpful to tell a little white lie and give some explanation as to where the person is and that they will come back soon. Then change the subject to something more pleasant. (Showing them the death certificate, as some people do, will not help because they will soon forget about it.)

(6)  Correcting them about something will probably either embarrass them or else start a big argument: Alzheimer’s caregiving and pride don’t mix! To avoid embarrassing the person or, even worse, to avoid a major argument, try agreeing with whatever they say, even if it’s wrong—unless there’s a compelling reason not to, and there rarely is. It takes some time to master this approach, but it can dramatically improve your relationship with your loved one.

(7)  People with Alzheimer’s may adjust to change more quickly than we do and they may soon forget unpleasant things that happen to them: I experienced some notable examples of this from Ed. Once he told me that he had been beaten by six aids at the facility where he lived. (This, of course, was not true!) He was terribly upset – as upset as he would have been had the story been I suffered deeply knowing there was nothing I could do to relieve his distress. But by the next day he had forgotten all about it, while I continued to be upset for days.

(8)  They can still enjoy life: Many people assume that people with Alzheimer’s can’t enjoy life. However, several experts I interviewed unanimously agreed that although Alzheimer’s is a serious disease, people who have it can and do still have the capacity to enjoy life. It’s a disease that’s usually harder on the caregiver than the person with the illness.

(9)  People with Alzheimer’s may remember past love and also experience love in the present: I learned this from Ed. Once I showed him an old picture of us together. He said, “Ah . . . She loved me.” Then he looked in my eyes the way he had when we were lovers more than 25 years before. He didn’t realize I was the woman in the picture but he remembered that she had loved him.

(10)  Visiting People with Alzheimer’s Can Be Very Rewarding: I had often heard that volunteering to visit people in a care facility could be very rewarding, but I didn’t believe it. I thought it could be helpful to the people being visited, but didn’t think that I could benefit. How wrong I was. No matter what kind of mood I was in before I went I always felt better when I left. I truly received more than I gave!

Marie Marley, PhD, is a nationally-recognized author on issues related to Alzheimer’s caregiving. She has published more than 450 articles on the Huffington Post, the French Huffington Post, the Alzheimer’s Reading Room, and numerous other sites. She is the author of the uplifting book, “Come Back Early Today: A Memoir of Love, Alzheimer’s and Joy,” which was a finalist for five literary awards. Caregivers say it helped them a lot. Former caregivers have said they wish they’d had it when they were caregivers. She is also the co-author (with neurologist, Daniel C. Potts, MD, FAAN) of “Finding Joy in Alzheimer’s: New Hope for Caregivers.” The Foreword is by Maria Shriver. Her website, ComeBackEarlyToday.com, contains a wealth of helpful information for Alzheimer’s caregivers. She lives in Kansas City with her two Shih Tzus.

Note: A different version of this article appeared on the Alzheimer’s Reading Room.

On behalf of Smart Strategies for Successful Living, our sincerest appreciation goes to Marie Marley for her contribution to our community website and commitment to Alzheimer’s caregiving.

How To Find A Senior Living Community For People With Disabilities
May 5, 2022

How Seniors Can Fund Their Own Long-Term Care
December 18, 2021
Go to Top