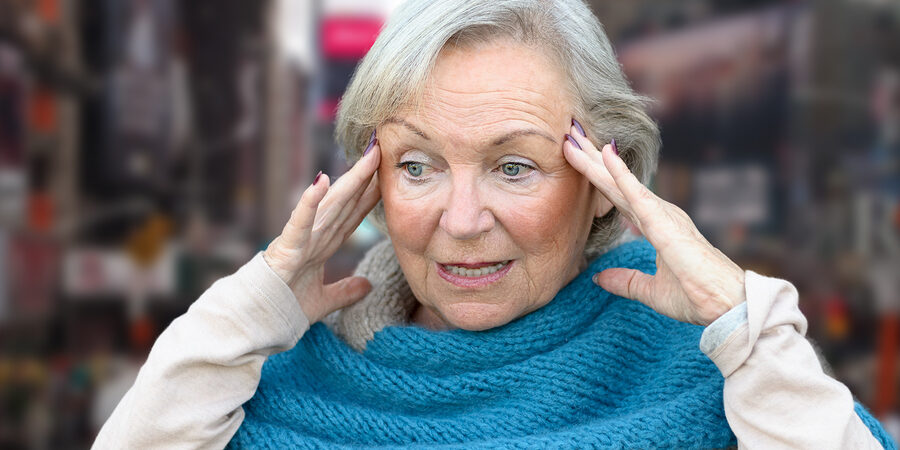 Frequently falling, mismanaging your money, or staring into space? Find out if you should be concerned about Alzheimer’s disease or another form of dementia.

Dementia does more than rob people of their memories — research continues to show that this complicated condition is marked by a number of symptoms, especially at the onset. But they’re not always easy to recognize: From frequent falling to failing to recognize sarcasm, some of dementia’s early warning signs are subtle.

How can you know if you or a loved one is showing signs of Alzheimer’s disease or another form of dementia?  Any change that is different from a person’s usual behavior or abilities could be a cause for concern, explains Katherine Rankin, PhD, a neuropsychologist who conducts research at the University of California San Francisco (UCSF Memory and Aging Center. Take a look at some of the earliest signs of dementia — you may be surprised.

Failing to Pick Up on Sarcasm and Spot a Liar
You may or may not appreciate a sarcastic sense of humor, but sarcasm is a part of our culture. “We see it as a nice way to be critical and so we use it constantly, even when we are trying to be nice,” says Dr. Rankin, whose research found that people with both frontotemporal dementia (FTD) and Alzheimer’s disease tend to have a harder time picking up on sarcasm.

According to Dr. Rankin, people with FTD couldn’t tell when someone was lying, although people with Alzheimer’s disease could tell. “FTD patients don’t have that sense anymore that things that people do could turn out badly,” she says.

Falling More Frequently Than You Used To
Constantly tripping over your own two feet? Everyone falls now and again — but frequent falling could be an early signal of Alzheimer’s disease, according to research. A study published in July 2013 in the journal Neurology found that presumptive preclinical Alzheimer’s disease is a risk factor for falls in older adults. “People will come into our office concerned because they forgot what was on their grocery list last week, but when their spouse says they’ve fallen four times in the past year, that’s a sign of a problem,” says Rankin. Frequent falls may also be a symptom of other brain disorders, including progressive supranuclear palsy.

Disregarding the Law and Other Social Norms
Some people with dementia lose their sense of social norms. Shoplifting; breaking into someone’s house; inappropriate interpersonal behaviors, such as sexual comments or actions; and even criminal behavior, according to a study published in March 2015 in the journal of JAMA Neurology, all make the list of surprising dementia symptoms. This could lead to trouble with the law, too: Early-onset dementia can hit people as early as their thirties and forties, well before anyone around them would consider their out-of-character behavior as a sign of dementia.

Staring With ‘Reduced Gaze’ and Trouble Reading
“Reduced gaze” is the clinical term for the dementia symptom that alters people’s ability to move their eyes normally. “We all move our eyes and track with them frequently,” says Rankin. But people showing early signs of dementia look like they’re staring a lot. Rankin adds that, “they try to read, and they skip lines.” This is one of the signs of dementia that the patient might not completely be aware of, although people around them probably will be.

Eating Nonfood Objects and Rancid Foods
One surprising early sign of dementia is eating nonfood objects or foods that are rancid or spoiled. This is partly because the person forgets what to do with the things in front of them. For example, dementia patients might try to eat the flower in a vase on a restaurant table because they “know they are there to eat, but don’t know what the flower is doing there,” says Rankin. Unlike some other Alzheimer’s symptoms or dementia symptoms, this one has few other likely explanations.

Not Understanding What Objects Are Used For
Now and again, most people find themselves desperately searching for the right word. In fact, failing to find the word you are thinking of is surprisingly common and not necessarily a sign of dementia, says Rankin. But losing knowledge of objects — not just what they are called, but also what they are used for — is an early dementia symptom. Oddly enough, people who are losing this knowledge can be very competent in other areas of their lives.

Inappropriate Behavior and Loss of Empathy
If someone who is usually sweet, considerate, and polite starts to say insulting or inappropriate things — and shows no awareness of their inappropriateness or concern or regret about what they’ve said — they could be exhibiting an early sign of dementia. In the early stages of some types of dementia, symptoms can include losing the ability to read social cues and, therefore, the ability to understand why it’s not acceptable to say hurtful things.

An Increase in Compulsive, Ritualistic Behavior
One sign of dementia that most people don’t expect is the need to complete extreme rituals or compulsive behaviors. “Plenty of people have odd habits and like things done a certain way,” says Rankin. But while these habits are within the realm of normal, extreme hoarding or detailed rituals or compulsions, such as buying a crossword puzzle book every time they go to the store even if they have hundreds of them, can be dementia symptoms.

Having a Hard Time Managing Money
One of the classic early signs of Alzheimer’s disease is an increasing difficulty with money management. This might start off as having trouble balancing a checkbook or keeping up with expenses or bills, but as the disease progresses, poor financial decisions are often made across the board. Though many people brush this symptom off as just “a normal part of aging,” they shouldn’t. “We tend to associate aging with losing your mind. That’s not healthy aging –  it’s a disease,” emphasizes Rankin.

Difficulty Forming the Words to Speak
When people who used to be fluent and could speak smoothly stop being able to produce language that way, this may be a sign of dementia, says Rankin. Despite this symptom, patients are often crystal clear in other areas. They can run a business, manage their family, or draw beautifully, but they have increased difficulty actually forming the words to speak.

World Alzheimer’s Month: How to Keep Loved Ones Happy at Home
September 14, 2022

What Is Durable Medical Equipment?
August 15, 2022

8 Tips For Moving Your Elderly Loved One Into A Retirement Home
July 25, 2022

Being a Friend to Someone With Cancer
July 8, 2022

Senior Living Communities vs. Assisted Living
May 27, 2022
Go to Top